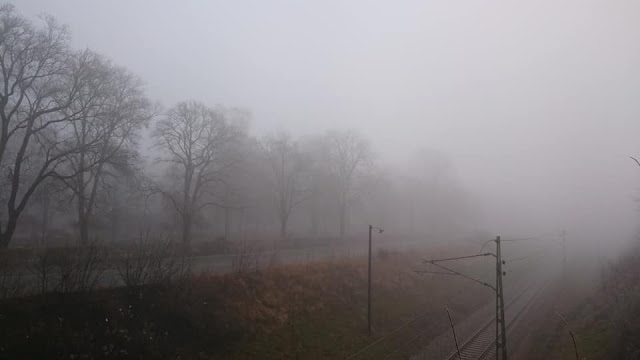 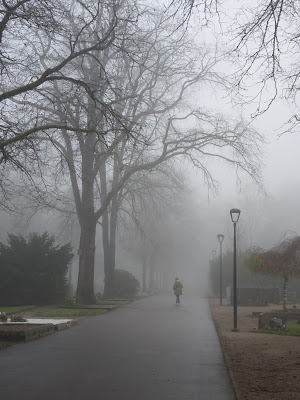 While we don't celebrate the American Thanksgiving in Sweden, for some reason we have in later years still imported Black Friday - which this year turned into Black Week. (Whether in spite of or because of the corona virus may be debated; as at the same time, the government and the health authorities keep telling us to keep distance and stay away from shopping centers...)

For my own part, I was hit by another kind of blackout on Wednesday, when all of a sudden my cable TV/internet/phone quit working. I had been watching something on Play TV in the afternoon, without problem, but then when I tried to switch back to regular TV, everything just froze. I tried the standard trick of restarting things; but that did not help. I had a TV emergency number written down and called to check if there was a general problem. Nope, there wasn't. They arrived at the theory that the fault might be in the power adapter to my my cable box; which it was too late to do anything about that day. I then also realized that oops, if the fault was with the cable box, I also had no internet...

I survived, of course: after all, I still had electricity, and FM radio, and my mobile phone (but with limited data, as I use a cash card). I could even have watched films on DVD if I had wanted to, as the problem was not in the TV itself. Being without both TV and internet at the same time still made me feel oddly disconnected from the rest of the world, though! I don't think that's actually happened before, except perhaps during some power outage (which rarely last long in the city). Usually if I've had internet problems, that has not involved the TV channels; or vice versa.

I was a bit worried that I wouldn't get it fixed before the weekend, but luckily it got sorted out  the next day. They phoned in the early afternoon and said I could pick up a new power adapter at a place within walking distance from where I live. So I did; and when I got back home and plugged that in, all went smoothly back to normal. So... I had my own kind of Thanksgiving Thursday, celebrating being reconnected to the World again!

I've also done my usual decorating for 1st Advent Sunday - even though Advent celebrations, like everything else, will be a bit different this year. As no congregations larger than 8 people are allowed at the moment, the usual live church services and concerts are cancelled. But, now being back online again, there will be various digital alternatives... (And with Blackout Wednesday fresh in memory, I might try to make use of that!) 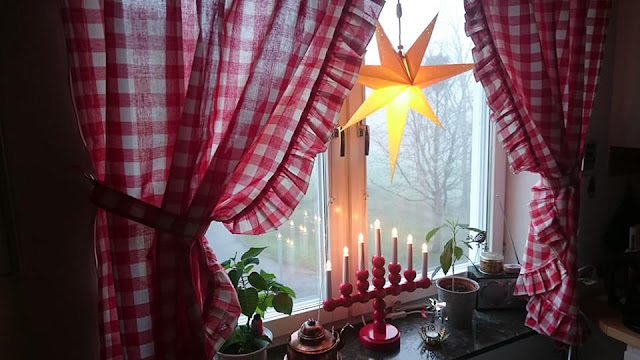 Posted by DawnTreader at 20:02