Postcards for the Weekend – Holidays (2) 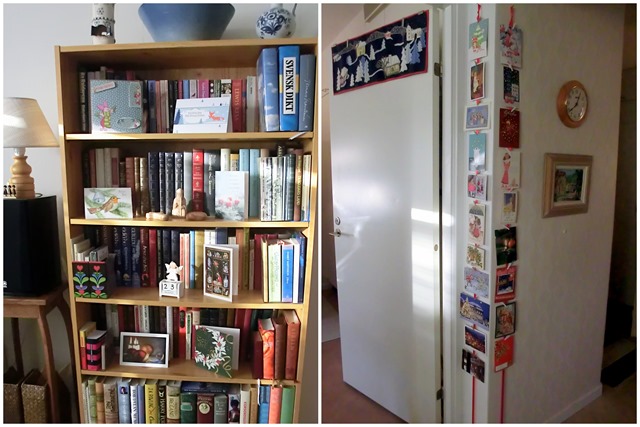 Quite a few more Season’s Greetings cards have kept dropping in since last weekend! Both postcrossing ones and from old friends. Folded cards that can stand for themselves are displayed on my bookshelves; the flat cards I hang on red ribbons on the corner next to the door into my study (attaching them with miniature clothes-pegs bought in a hobby crafts shop). I’ll just pick a few more or less at random to show here. 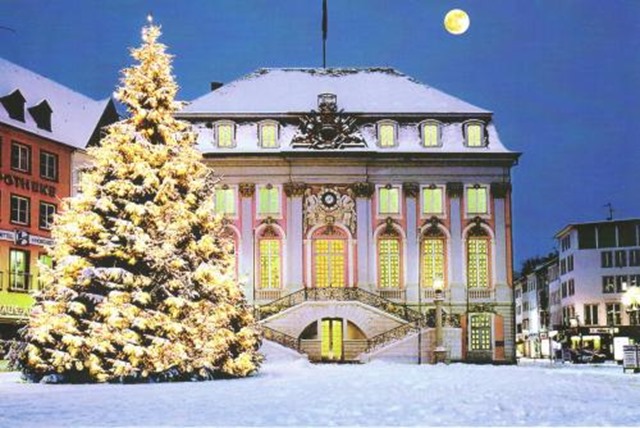 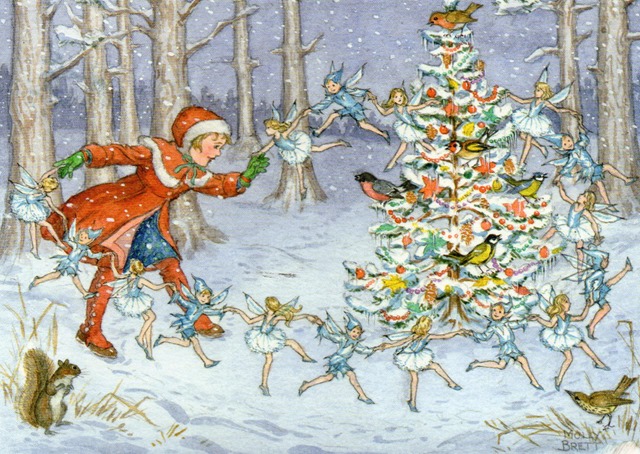 I don’t think I ever heard of this English illustrator and children’s author before. I shall have to investigate a bit more! But the Wiki article tells me she also illustrated some stories by Enid Blyton. 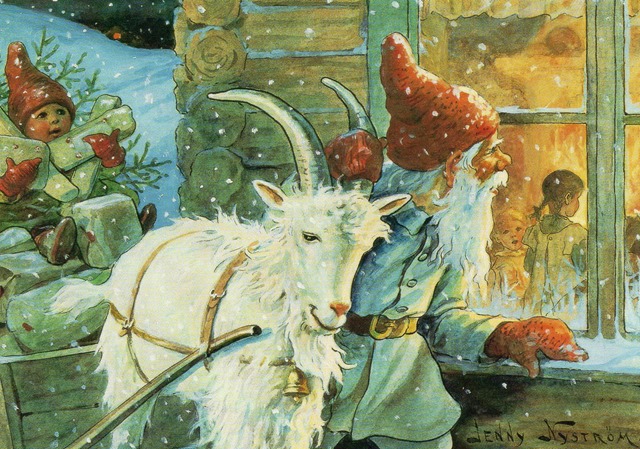 Jenny Nyström is known as the painter and illustrator who actually created the ‘modern’ Swedish image of the jultomte on numerous Christmas cards and magazine covers. What she did was to link the European Santa Claus /St. Nicolas traditions to the ‘tomte’ or gnomes of the older Scandinavian folklore. These were usually described as smaller than humans, having a long white beards, and wearing a conical or knit cap. They were often supposed to live in the barn or stable and could be helpful around the farm if treated well – but very mischievous if not. So hence a tradition (perhaps still in the countryside? I don’t really know) to put out a bowl of porridge for the tomte on Christmas Eve.

Before the tomte got assigned the mission of delivering Christmas gifts here in Scandinavia, this task could instead be done by the Yule Goat. Or else, people would go visiting their neighbours and knock on the door, and throw in the gifts anonymously. The card above I think is a perfect illustration of how Jenny Nyström managed to blend all the traditions together.

Over the years, the Swedish jultomte traditions have become more and more mixed up with the American Santa Claus. But here in Sweden he still comes visiting on Christmas Eve – and usually (at least where there are children!) he comes on foot, knocks on the door, and delivers the presents in person. (I suppose he saves the reindeer for the flights across the Atlantic…) 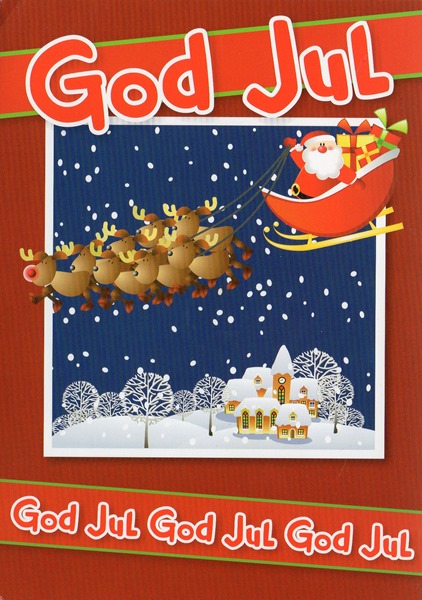 From a truly old old friend in Sweden… I think I dare say so now, as she is now 98. I got to know her through church in the town where I lived back in my twenties. In my eyes back then, she was already in the “old” generation in the church… Doing the math now, I realize that when I first got to know her, she was younger than I am now! (Ouch! Belated apologies…) It’s been a long time since we last met, but we still write Christmas cards, and the occasional postcard at other times as well. Still her own handwriting on the back of the cards!

Posted by DawnTreader at 19:55