The night between Thursday and Friday, and just in time for the First Advent Weekend, we had the first snow - followed by a sunny weekend. The sun has been a very rare sight here during November. Only perhaps 10 hours of sunshine all month (until yesterday). (That's the statistics from Gothenburg, and probably similar here.) 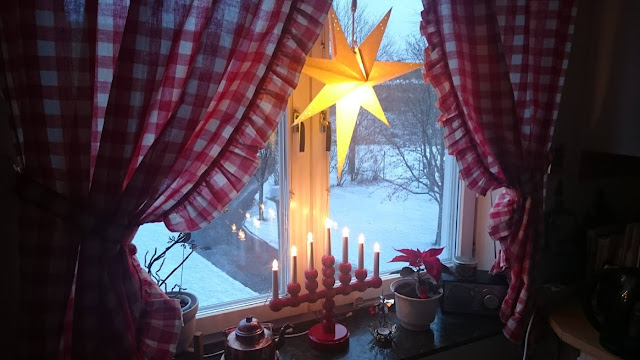 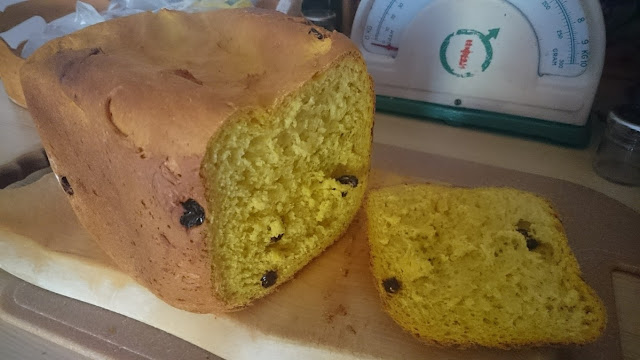 While it was still gray and dark and cold out (Friday morning), I stayed in and made saffron bread in my bread machine. The "real" tradition is buns of a special shape...


... but once upon a time, when my neck and arm would no longer cooperate in such complicated projects, I settled for a compromise, invested in a bread machine, and adjusted a recipe for that. I don't get the right shape, but I do get the smell and taste of saffron... I cut the bread in slices, put them in the freezer, and then I can easily heat a slice in the toaster for my afternoon tea... (heating it in the toaster brings out that smell again)... 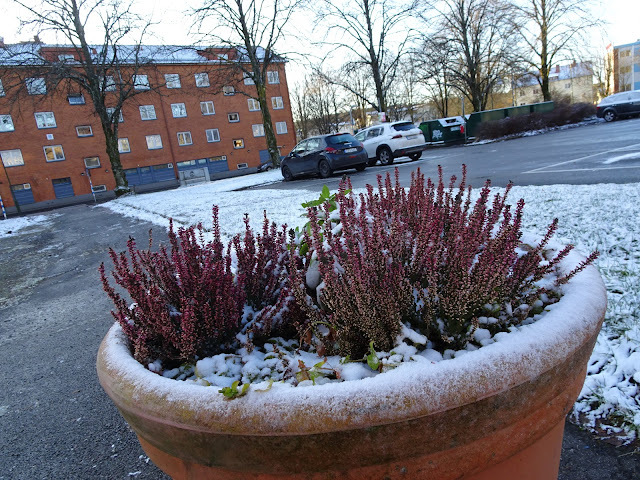 Friday afternoon I went for a short walk - wearing the studded boots I bought back in January. We did not get all that much snow, but the streets are very icy. 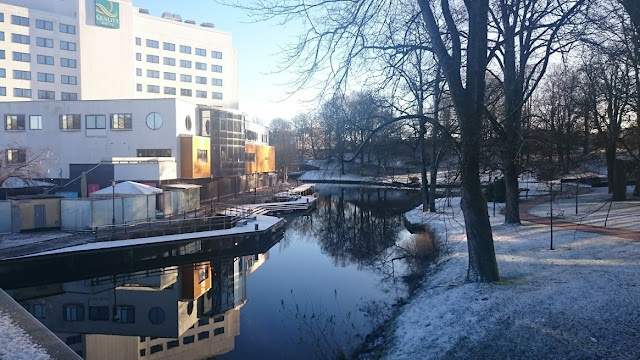 Today I felt braver, and went for a longer walk into town. It turned out Black Friday was still going on (in spite of it now being Sunny Saturday). I didn't buy anything I wouldn't have bought anyway - but as it turned out, I got 25% percent off on quite a long list of  prescription-free stuff I needed from the pharmacy. 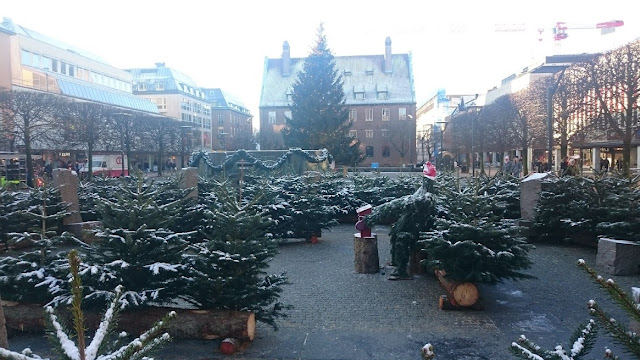 When I got to the square, that had been turned into a forest! Or, according to a sign at the entrance - a Santa Wish-List Labyrinth. 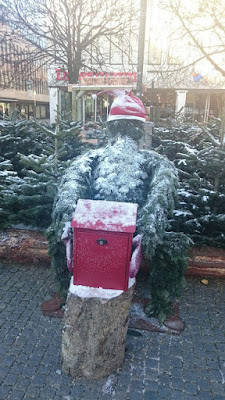 In the middle, there's a letterbox where you can post your wishes. 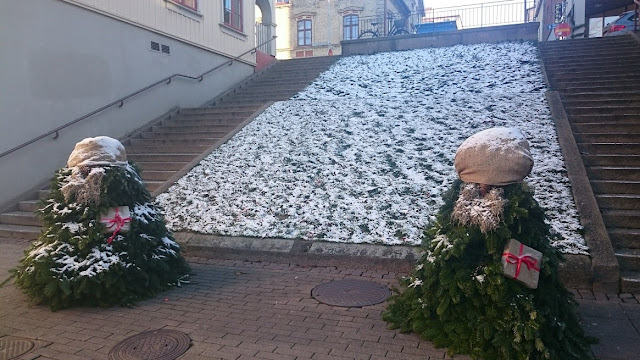 In another street, I met Santa's helpers (I assume) 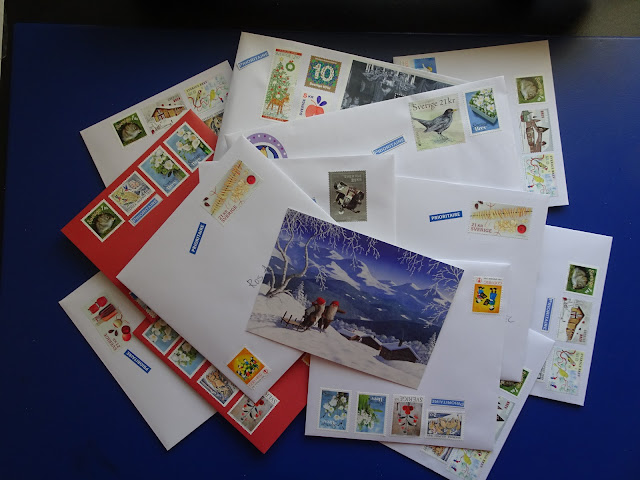 I did not have a wish-list for Santa's letter-box; but I have finished my outgoing overseas Christmas mail (to be posted next week). I'm now thinking I may have to consider also planting some trees for climate compensation... 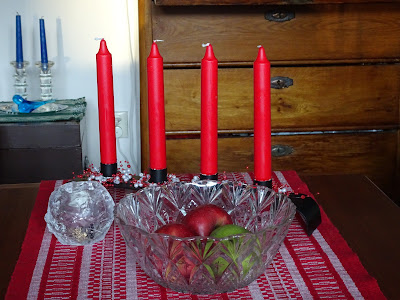 Happy 1st Advent Sunday to you all!


I'll try to post a sort of Advent Calendar here from tomorrow until Christmas. One more or less "random" photo per day, from my trip back in summer - presented wordless, or with only a few words. Some of the images you may already have seen included in other posts, others not. My plan is to schedule these posts to appear in the mornings. (Some days there may be another post as well, if I find the time.)
Posted by DawnTreader at 20:02