Since Mid November there have been roofers at work putting new tiles on the roofs of buildings in my neighbourhood. They got started in November just before we had the first round of snow and cold weather, and have kept at it through snow, wind, thaw, rain, slush, frost, ice - start over and repeat, I forget how many times now... I don't envy them their working conditions! 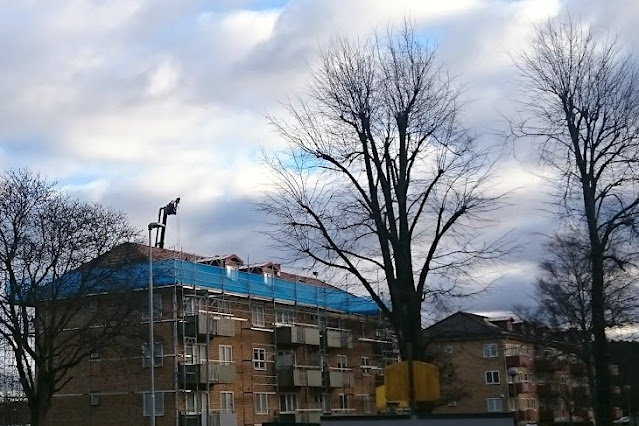 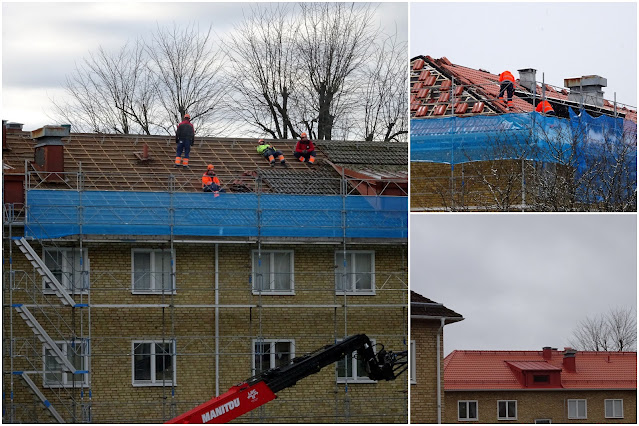 They'll get to my building too at some point, but I'm not sure when. Meanwhile, I've been zooming them in from a distance with my camera occasionally, to try and prepare myself mentally for what to expect. (Like, will they be climbing about outside all of my windows, or only some?) 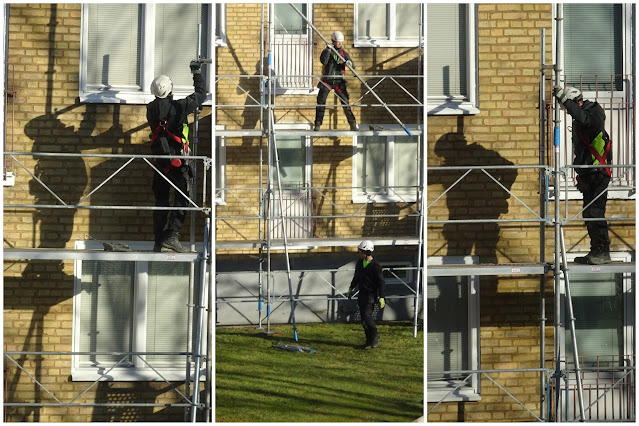 Watching them set up scaffolding on a sunny day was quite fascinating. Made me wonder if they get the job done twice as fast in sunshine, as then each guy also has "help" from his own shadow! 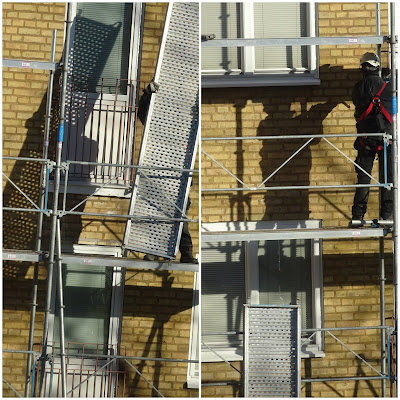 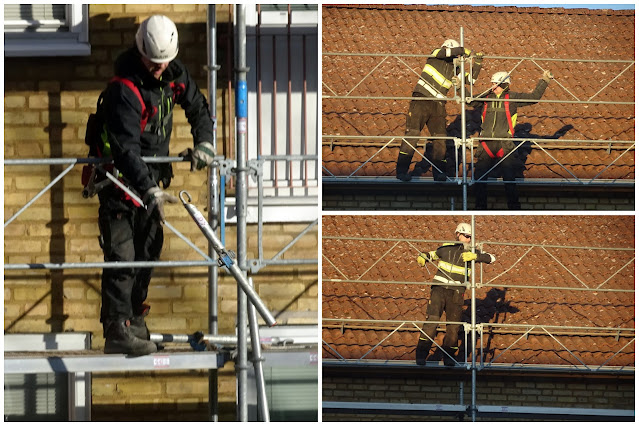 They certainly seem to have got into a routine of how to do it by now. Look closely at the photo on the left above. See how the guy is holding his hand out (blurry because of movement) to a loose piece of scaffolding, midair? He's not dropping it - he's catching it. He was on the 2nd floor, and both long and short parts of scaffolding were thrown up to him one by one, by another guy down on the ground. (Cf the middle photo in collage No 2.) Thrower and catcher seemed perfectly coordinated in their movements - but I can certainly see the need for them to wear hard hats...! :o

Remains to be seen how bothered I'll be by the noise when they get to my building. But at least I don't live on the top floor!

Posted by DawnTreader at 19:44