To Lighten Up A Rainy Day 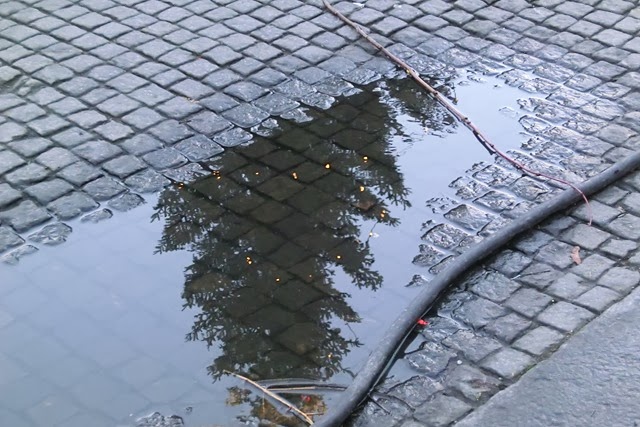 The photo is not from today. Today has been too wet to even think of getting a camera out. And very windy too!

I have a little “sunshine story”, though. Does one use that expression in English?? We do in Swedish; for a story with (an unexpected) happy ending.

On Monday mornings, I go to the rehab pool at the hospital. At that time of day, I am able to travel by a small bus that goes into my street and stops closer to my home than the regular buses, and then goes all the way across town to the hospital (and beyond). It takes its time, as it goes into some back streets where the big buses don’t go. But I don’t have to change buses in town, which is an advantage in wet or cold weather.

Like the other buses, it stops near the main entrance at the hospital. To get to the rehab unit, which is in a separate building, I have to walk either through or around the hospital complex. Not a big problem for me, even in winter, as I also know my way through the underground culverts and can choose that way if I want.

However: Today when I was getting ready to get off the bus at the usual stop, the driver asked if I “too” was going to the rehab unit? – implying that he already knew that some other passenger on the bus was. When I said yes, he said I could stay on board. “I’ll drive you up there,” he said. What? I had to double-check I’d heard him right, as I know that the bus is not supposed to go that way! “Well,” said the driver with a wink, “it’s raining – and it’s easy enough to make a wrong turn in the roundabout, and then I have to go all the way up there to be able to turn around…”

The result was that I (along with the other fellow passenger) arrived at our destination both drier and quicker than expected. (I can only hope that there was no one else further along the way that had to wait too long for the bus instead…)

Posted by DawnTreader at 22:56