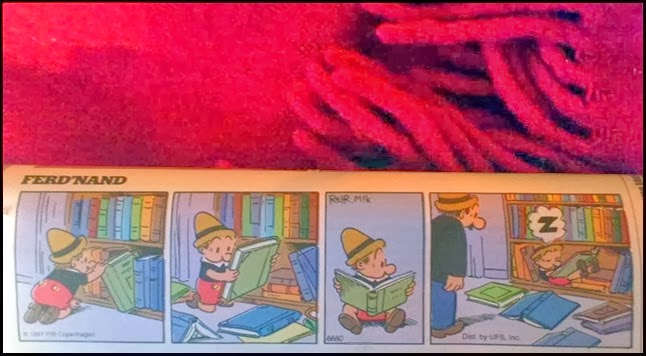 Better have one of these ‘zzz’ days today, as tomorrow night I have to stay awake! As has become a long-standing tradition, I will be celebrating New Year’s Eve at home, but with four friends joining me. I think this will be the 14th New Year in a row with two of them (and there were a few times before that too – but not the millennium, which I spent elsewhere). The three of us used to be neighbours as well as friends. The sister of one of them has also been with us for most of these New Year get-togethers. And since a couple of years, also the other friend’s mum.

Our tradition is to eat a little, talk a little, and watch a film. I’ve been trying to recall what films we’ve already seen (together)… and pick out a few suggestions for tomorrow. It’s not all easy… Preferably it should be of the feel-good kind, not overly long, not too complicated (or violent etc) and not too recently seen by any of us.

A bit late in the day (year) to ask for suggestions, as by now I’m restricted to what I already have in my private collection. But I’ll ask anyway. Have you got a favourite film of the kind described, that’s good to watch in the company of friends – and that you would not mind watching again even if you’ve already seen it?

Posted by DawnTreader at 15:25