Revisiting and Catching Up

I suppose you might be wondering what I’ve been up to since my last post on Midsummer Eve… I’m kind of wondering myself where the time has gone to.

The rest of the Midsummer weekend was kind of chilly and I spent much of it indoors, catching up with an abandoned book, a bit of paperwork and “whatever”.

I’ve also let myself get wrapped up in revisiting (on DVD) the classic British TV series Brideshead Revisited from 1981 (adaptation of Evelyn Waugh's novel from 1945). There’s something kind of hypnotic about the tempo in which it’s told; and even more so when one is able to choose one’s own pace of watching (not having to wait a week or whatever for the next episode)…

Then on Monday I revisited the exhibition of sculptures in and around the Textile Fashion Center, together with my aunt and uncle, who were in town for the day. We also had lunch at the restaurant within the Center. 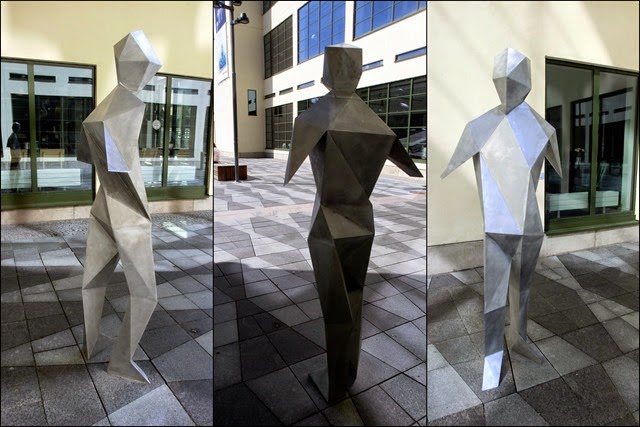 This is Michael by Xavier Veilhan.  It’s supposed to be “reminiscent of early Modernism’s endeavours for reduction, to portray the human body as a regular structure – man as architechture”. The artist is the same who made the sculpture Vibration  which I’ve shown in an earlier post (blue horse and wagon).

Why this one is called Michael, the brochure does not tell. Thinking about it now, I come to the conclusion that it must include a reference to Michaelangelo (who was good at angles as well as bodies). I had to think in English to come up with that, because in Swedish that play on words (angel/angle) does not apply!

Later on Monday I got my HP Slate Book back from the “computer hospital” where I had to send it a couple of weeks ago when it suddenly collapsed and refused to recharge its batteries (after I’d only had it a few weeks).

As I suspected, the fault turned out to be in the AC charger, and all it needed was a new cord. But of course they would not take my word for that, so I had to send the whole thing to the repair shop. And before I did that, I thought it best to uninstall the personal apps and accounts I was logged into… Which means that when I got it back, I had to start everything over more or less from scratch. So no wonder perhaps that yesterday seemed to swish by rather quickly too.

Today I’ve basically had a householdy day of washing and cleaning; but also managed to slip away to revisit a nearby shoe shop and catch up with their sale… 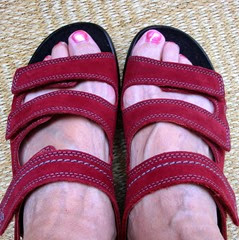 Posted by DawnTreader at 21:46