Summer Thursdays in My Town (Borås, Sweden) differ a bit from the usual everyday routine, but have become a yearly tradition, to draw people into the city even in the heat of summer (when many prefer the beach or the countryside). The attraction is free concerts in the main square on Thursday evenings in/around July, and the shops then also staying open late (until 9 pm instead of closing at 6 pm). The main concert starts at 9 pm, and before that there are some less well-known bands etc playing. There is also dance music (different band) and an outdoor dance floor in the town park.

I never actually attended any of the late night concerts – not quite “my thing”, too loud and crowded. But we have had exceptionally warm and sunny weather this week. So after a few days of that, I tried a routine more associated with southern European traditions - taking a “siesta” during the heat of the afternoon, and then a walk into town towards evening, checking out the early part of the Thursday Night events. 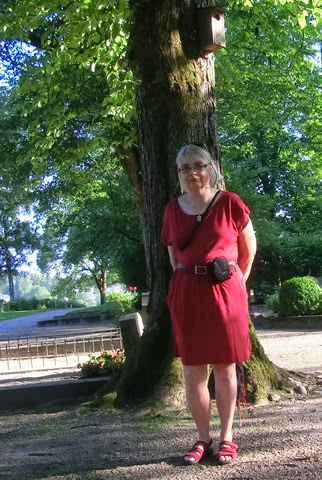 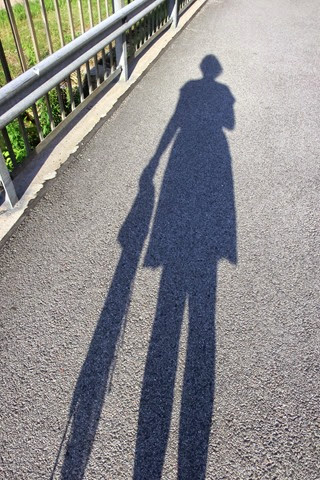 Me and my shadow! 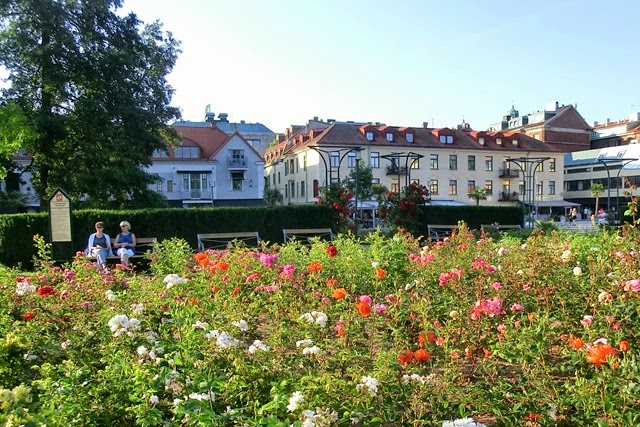 The rose garden in the Town Park in full bloom. 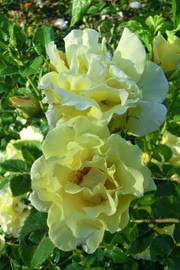 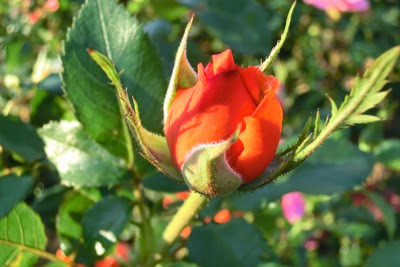 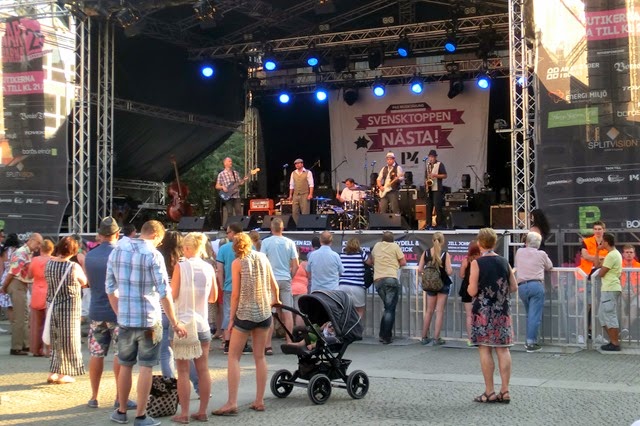 “Pre-concert” band playing in the Main Square (photo taken around 6:30 pm). That early there aren’t yet all that many people standing still to listen to the whole show. (I might have stayed a bit longer if they had not been quite so LOUD…) 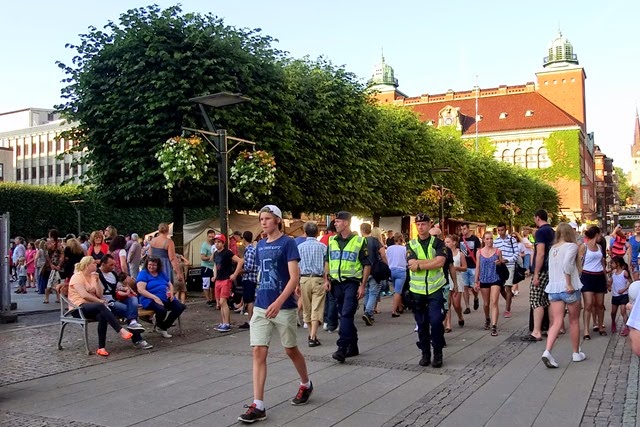 Many like myself seemed to prefer to wander about, popping in and out of shops etc.

The police were on patrol to make their presence known. 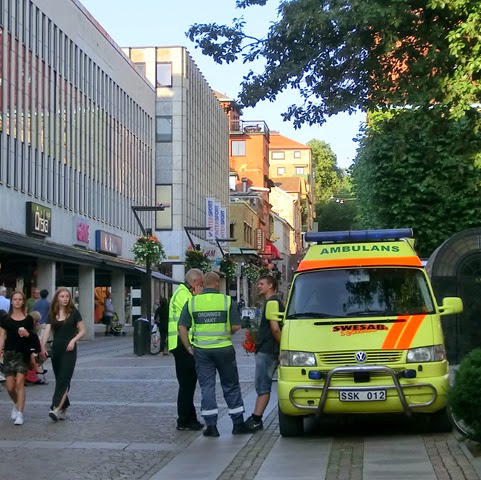 … and an ambulance waiting around the corner…
I don’t know if that’s routine too!!

Pretty much summer-idyllic so far, but…
Wait a minute…
What’s that up on the roof? 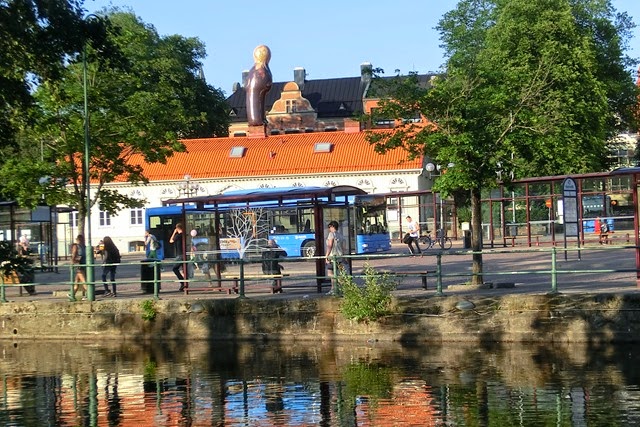 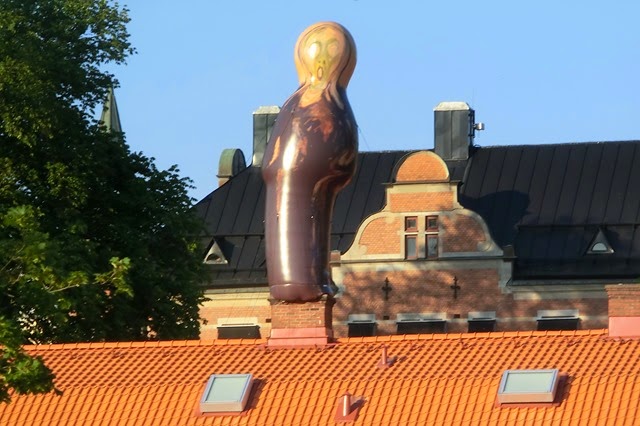 Yes. There’s certainly a lot of anxiety lurking in the heat of summer as well. And one can feel very lonely in a noisy crowd - especially if one is there on one’s own rather than with someone in particular.

So after strolling around for a bit, I turned back home before it (presumably) got even livelier in town.

Seeking the most shadowy way on a hot day like this, I walked across the old graveyard both ways. (The first picture of me under the tree was also taken there.) On my way home, I spent some time watching the bunny rabbits living there (quite a big colony of them) – disturbing them in their supper (consisting of delicious green grass). They are very camera shy, but I managed to zoom in this one with the evening light shining through his ears. 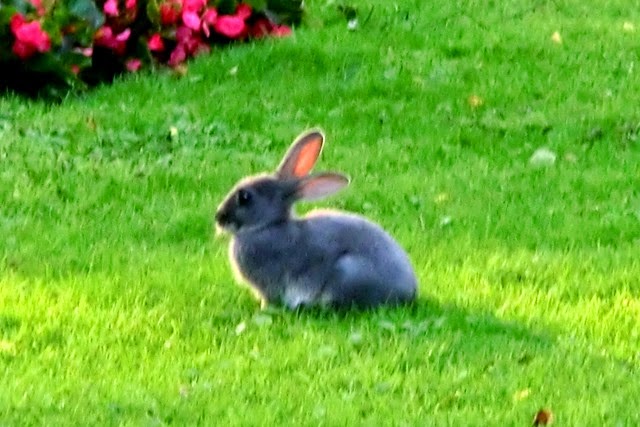 Posted by DawnTreader at 10:30