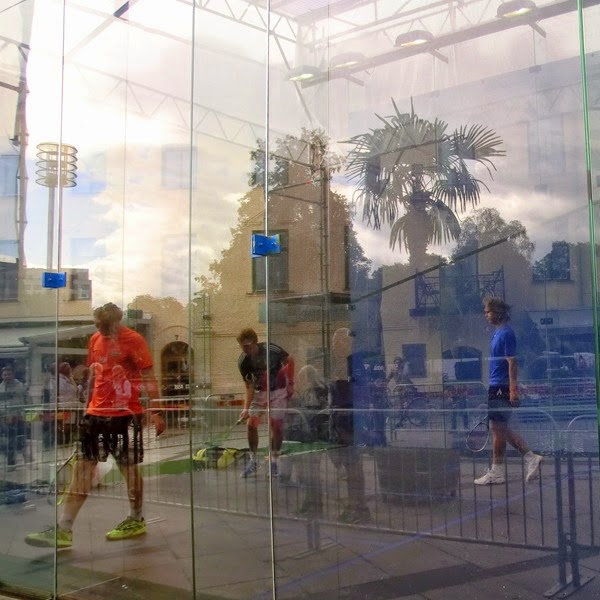 As mentioned in my “shoot out” post from last weekend, this past week we’ve had a lot of different sports activities going on here – Swedish Championship Week (‘SM’) in about 40 various types of sport.

Some of the days unfortunetly turned out very rainy, and as I’m not one of those sports enthusiasts who will glady stand around getting wet and cold in order to see other people getting even wetter, it wasn’t until yesterday I joined the crowds for a while with my camera. But then the weather was rather perfect for both participants and spectators. 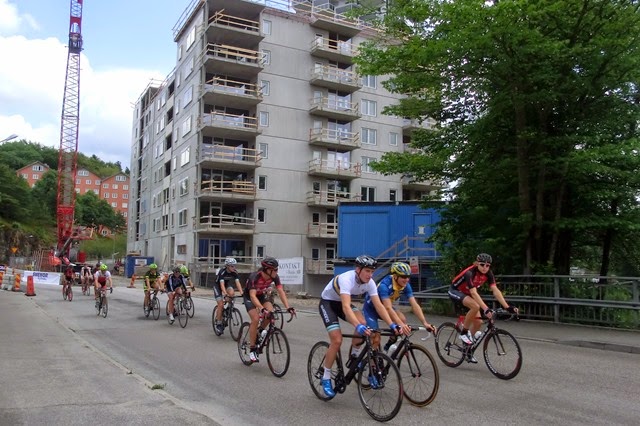 Just getting into town at all was a bit tricky since the streets between the town center and where I live had been turned into a cycle-racing track surrounded by fences, and with guards at every pedestrian crossing. 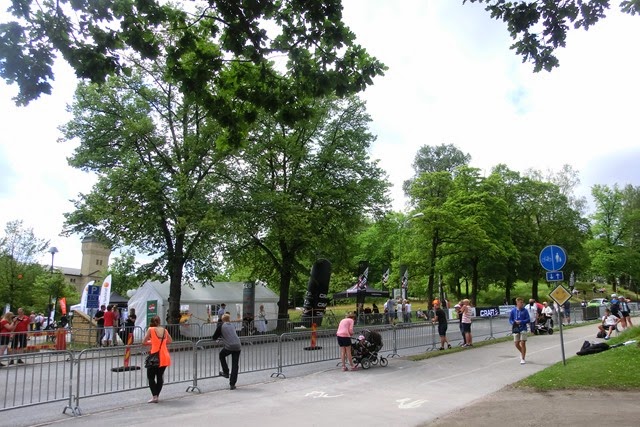 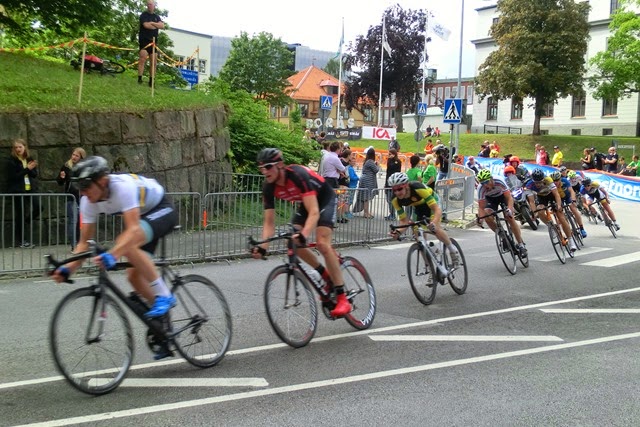 In the river, there were various wet acitivites going on: 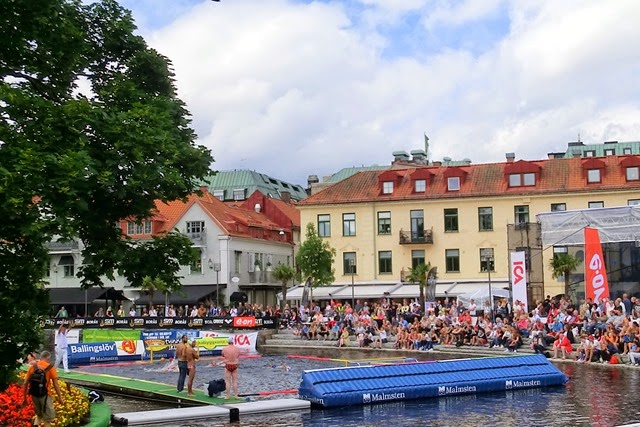 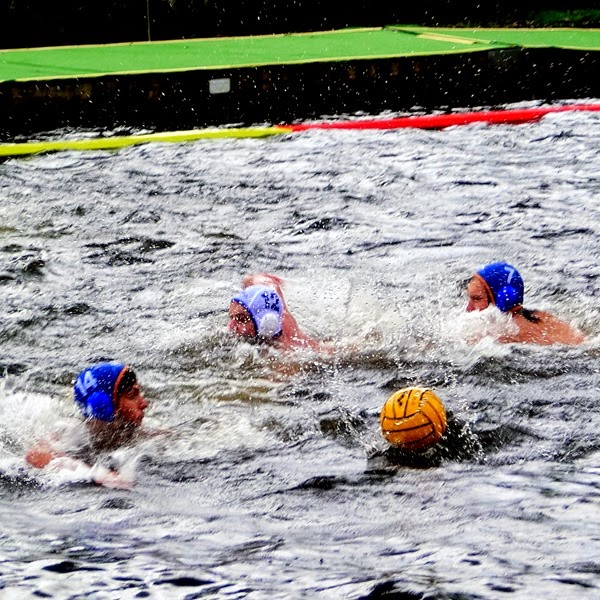 I’m not sure if the water polo players found the temperature in the river perfect as well. 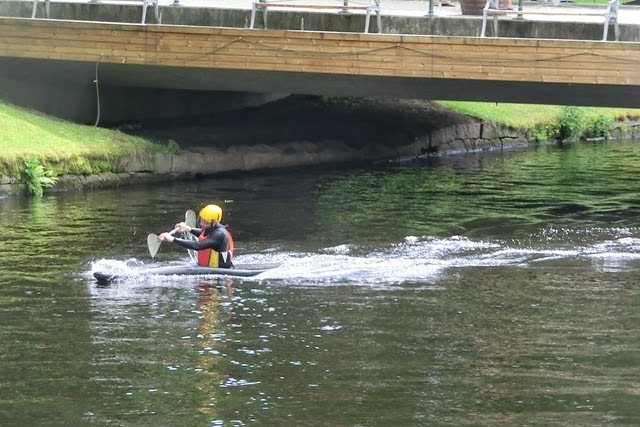 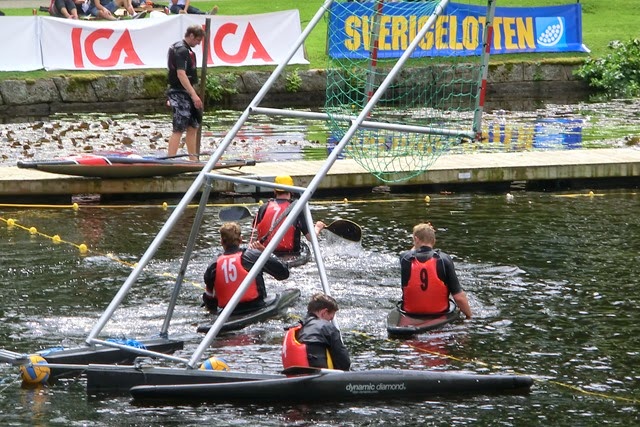 Up on land, next to the river, they have been throwing stones smashing squash balls in a glasshouse… 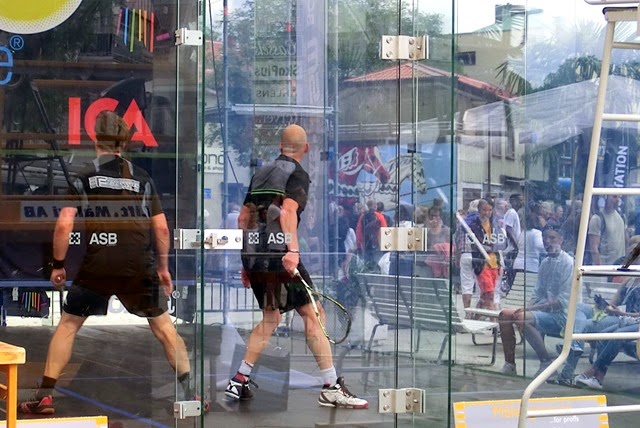 … and in the main square, as I passed by, what was previously in the week a sandy boules court, was now being converted into a basket ball ground. 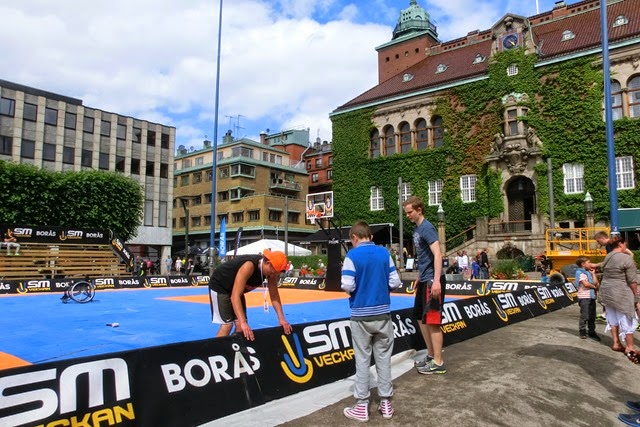 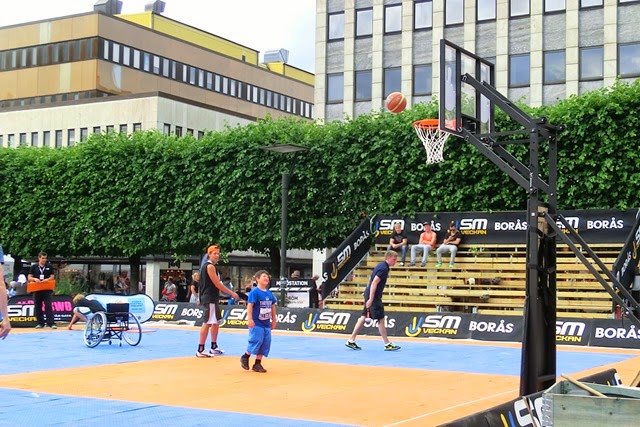 There was also a lion let loose in town. Probably a friendly one, but some children preferred to keep a wary distance. (Wise kids. Best ask mummy first.) 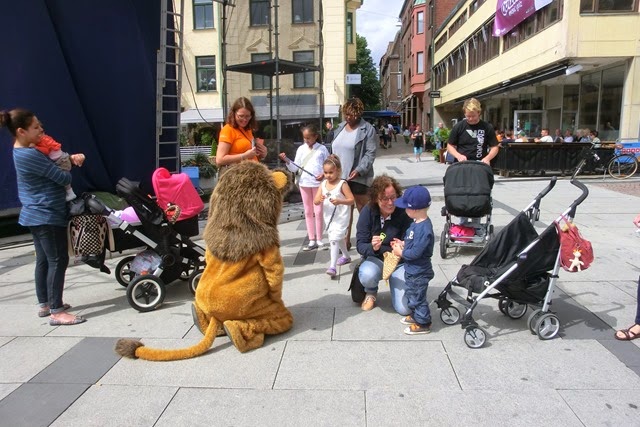 All in all, “something for everyone”, I guess.

Myself, I did not hang around long enough in one place  to watch any game in full, but I enjoyed the walkabout.

[PS. Sorry to have no sunset picture for FMTSO... Some days the sun has refused to show it’s face at all; and when it did come out, it popped out of bed before me, and stayed up later than I did!]

Posted by DawnTreader at 10:45