Winter Days [Friday My Town Shoot Out]
How does your town prepare for the coming winter season?
What do your homes look like when the nights are long and days are short?

On 13th December here in Scandiavia we celebrate Lucia (St. Lucy’s Day). In the past (before calendar reforms) this feast coincided with the Winter Solstice, so is a festival of light; and I guess one reason that although the origin is Italian, the day is still celebrated here in Scandinavia because it fits in well with our other Advent/Christmas festivities to brighten up the darkness that otherwise reigns here during the month of December.

Lucia is celebrated both in private and public contexts. In most towns in Sweden, arranged by charity organisations and local newspapers, an official Lucia with a number of maids (often six) is elected at the beginning of December. They then spend 2-3 weeks visiting various public places (like hospitals and nursing homes) singing traditional Lucia songs and Christmas carols.

Borås Lucia 2014 was officially crowned last Saturday. As usual the ceremony took place in the Main Square in front of the Court House – starting at 4 pm, just as the shops close (on Saturdays). 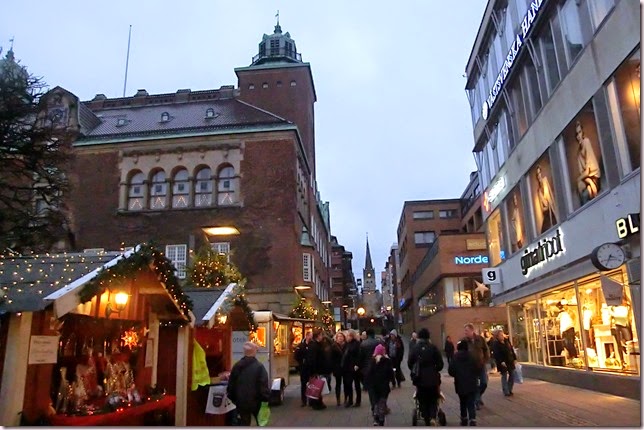 15:41
There are extra market stalls in the square all December. 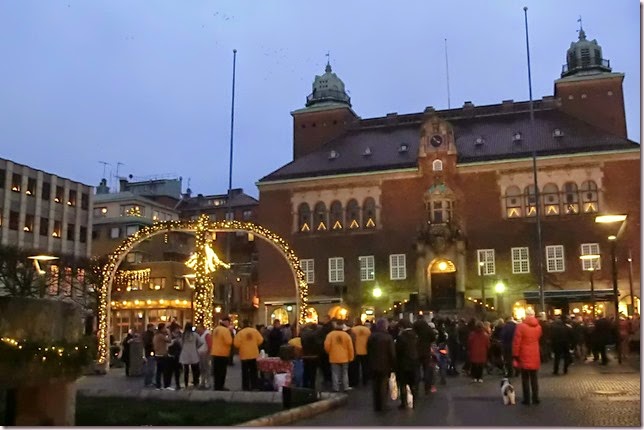 16:02
A new decoration this year is a double bow of lights with a mistletoe hanging down in the middle – for anyone feeling in romantic mood… 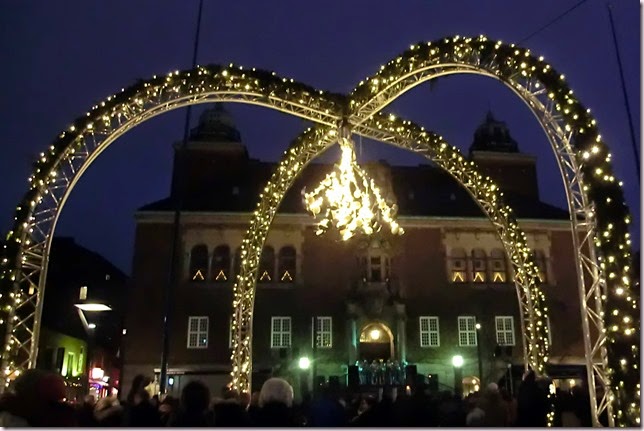 16:21
Lucia and her six maids stand on the stairs of the Court House and sing. Alas in the dark it is hard to zoom in and get clear photos… 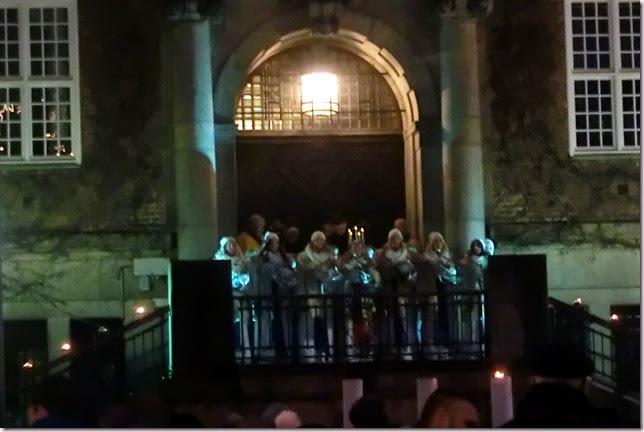 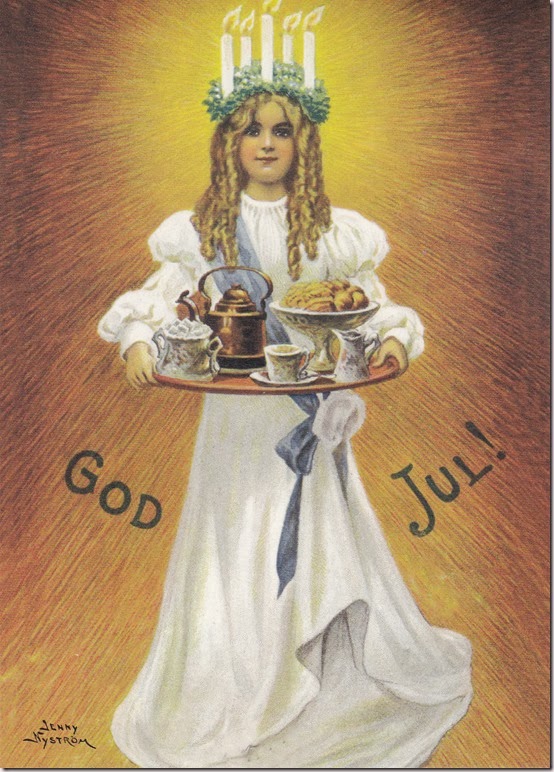 Posted by DawnTreader at 19:51