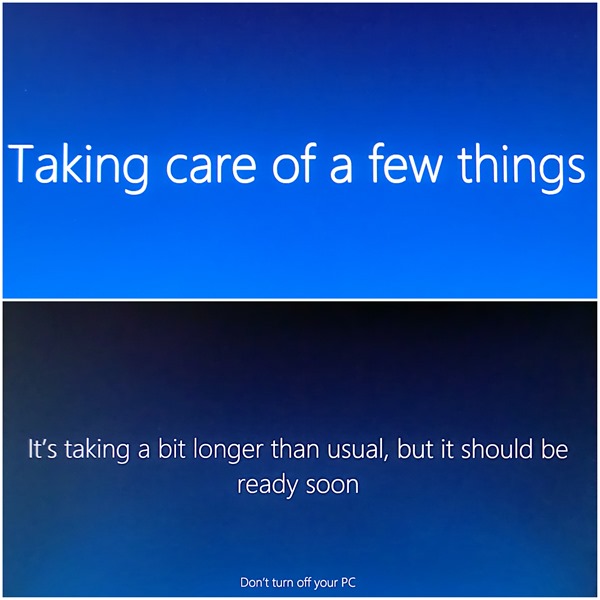 Today has been mostly about waiting patiently (and rather nervously, because of some recent glitches in the internet connction). The upgrade to Windows 10 took about 5½ hours, but seems to have been successful.

I took the precaution of leaving my other “smart” devices OFF in the meantime, and especially the new TV, as I kind of suspect that the router may have got a bit bewildered by that recent addition to the digital equipment. Anyway, giving the computer priority while doing the dreaded update seems to have been appreciated, as the process was at least not interrupted by any breaks in the basic internet connection. Phew! 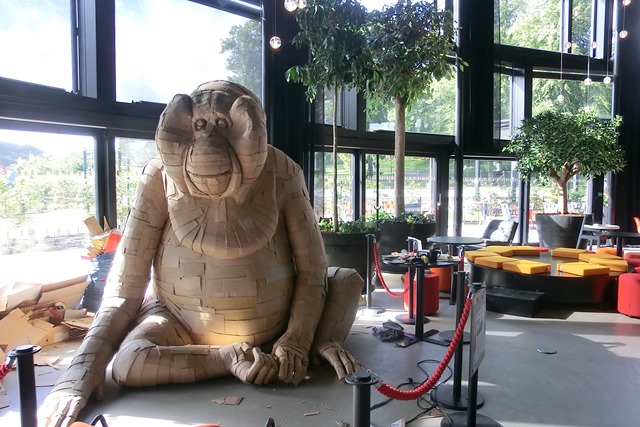 This gorilla is a kind of mosaic in itself – made from pieces of cardboard boxes by artist Laurence Vallières.

It was created in the Orangery in the town park (above) during the street art festival, but afterwards moved to a new home in the large entrance hall of the Textile Fashion Center (below). 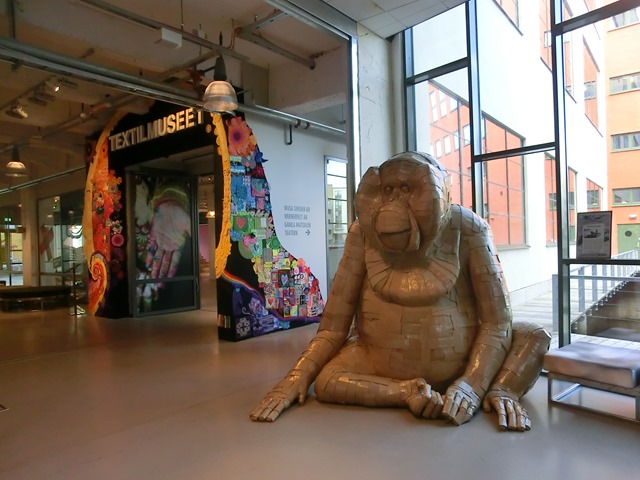 In the background the colourful entrance to the Textile Museum – also a kind of patchwork (textile) mosaic. 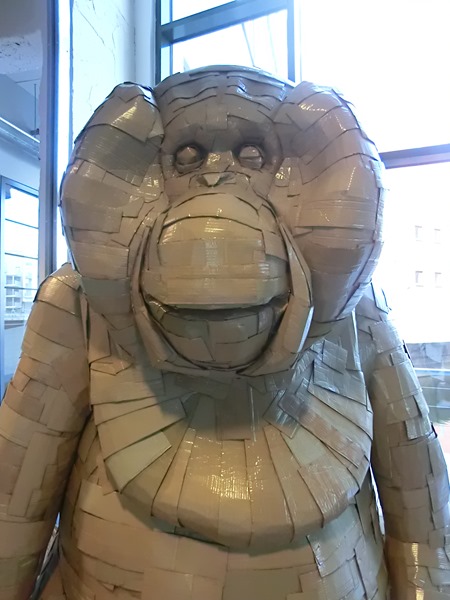 In spite of the lack of greenery just nearby, the gorilla does not seem too displeased with its new surroundings.

Linking to Mosaic Monday & Through My Lens

Posted by DawnTreader at 17:07