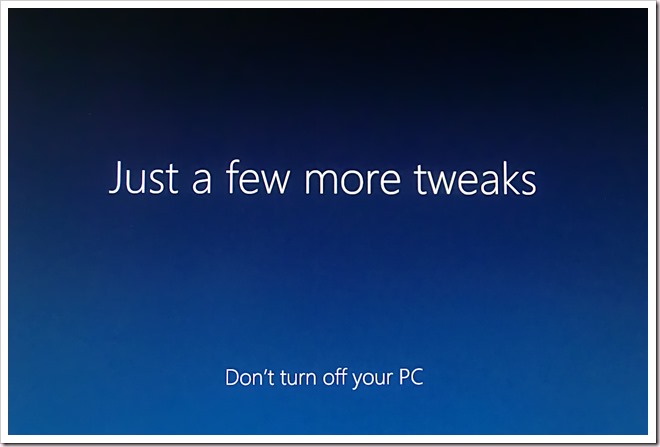 To be fair, most of my recent technical troubles have had nothing to do with Windows 10. This message from the W10 update sums it up rather well, though!

My own birthday present to myself for my 60th recently – accomplished with the practical help of my brother (three weekends ago) – was a more or less complete “audiovisual makeover” in my living room, including new (smart) TV, new receiver, new speakers, new Bluray player + some rearranging of furniture because the new TV is wider. I paid for the equipment as such, but he helped me choose, purchase, transport and install - and took the old stuff away to recycling. 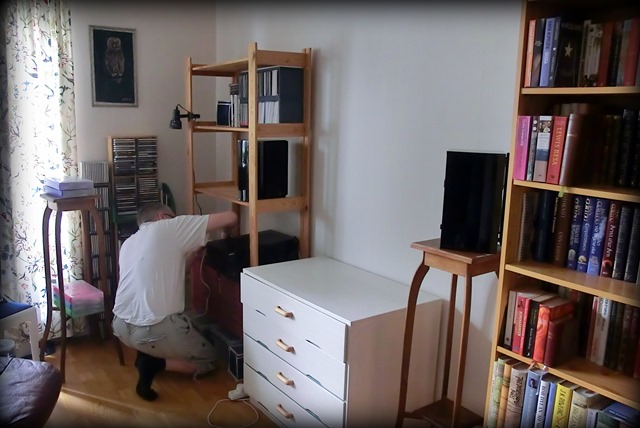 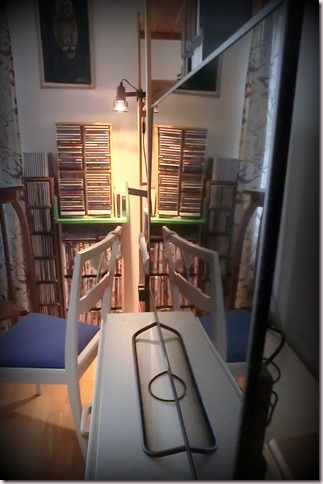 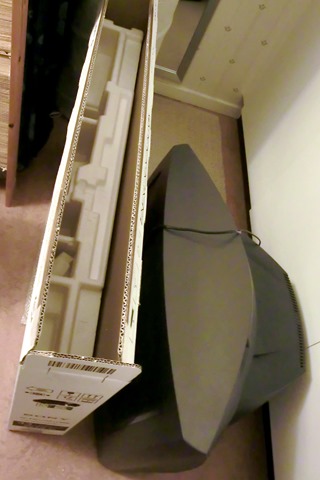 Moreover, my scanner/printer in the study had been indicating lately (rather loudly) that it had in mind to retire from its duties a.s.a.p. So after having installed the audiovisual system (which my brother had bought beforehand and brought with him), we also went out to get a new printer – which then took more or less the rest of the evening to install, because it insisted on searching for a (seemingly) never-ending number of updates before it declared itself satisfied. (Since then it has been working fine, though.)

Per had to go back home again the next day, and there I was with half a dozen new appliances, almost as many remote controls, and about a ton of manuals, instructions and technical specifications etc (not my favourite kind of reading) …

… and, as of that same weekend, a mysteriously sagging and unreliable wireless internet connection to rule them all…

While trying to work out what was what, most of the time I’ve been getting by with a lot of “turning it off and turning it on again”, though. “It” usually being the router, but sometimes also the TV or phone or whatever.

Somewhere in between, I managed the Windows 10 update on the computer (not sure where I got the courage from).

At the beginning of this week, my main suspects were pretty much narrowed down to two: the router, and/or the broadband itself.

I found out there was a firmware update available online for the router, which might possibly be helpful – and at least worth trying before rushing out and buying a new one of those as well, without knowing if that would solve anything. But before I got round to downloading and trying that update, this Wednesday I lost touch with the internet completely – which gave me reason to call my broadband support.

I’m still not sure exactly what the problem was, but the support guy managed some magic tweaks at his end, and voilà (but not until after a long restart of course) I was back on satisfactory broadband speed.

The breakdown happened, by the way, while I was trying to do my first order in a new online ordering system just introduced by my supermarket… (I’ve been able to order food online from there since last autumn, but they just switched to a new system.) So of course I lost that order and had to start over again when I got the internet back… And then I had to call the supermarket’s online support as well, before I got it to go through (because of unclear instructions).

So that pretty much took the whole day.

The next day (Thursday) I was able to download and install the router update and reconfigure the router settings. Even if there are step-by-step instructions, I find the terminology of all the various outlets and cords and settings etc very confusing (and not always improved by translations…) – so that took me more or less a whole day as well (or at least that’s how I felt).

Not until yesterday did I get round to trying to figure out how to deal with pictures in Windows 10. I’m not really “done” with that yet… (mutter, grumble)… On the whole, my computer seems happy with Windows 10 (it seems to run smoother somehow). But as for finding my way within it…

Ah well. If only the internet stays up, I guess I’ll figure it out eventually…

Posted by DawnTreader at 13:15