In case anyone has been wondering: No, I have not disappeared off the face of the earth.  I’ve just been having (and am still having) a busy week, with birthday celebrations, friends visiting, sneak peeks at the upcoming street art festival and whatnot.

The artist whose work I’ve been looking forward the most to getting to see here in my home town this year is David Zinn. I’ve seen his work around on the internet and also one or two postcards. So after last year’s street art festival, and when I heard there was to be another one this year… I was actually thinking what fun it would be if they could get him. And as it turned out (without any involvment from me) - his name was acatually among the very first to be confirmed for the 2015 NoLimit street art festival.

Following the official facebook page, I knew that David Zinn had started his work early on in the week; so when going into town this morning I went in search of two of his pieces that I knew to be finished.

I had to walk serveral turns around and across this ‘haymarket’ square to find this little knitting cutie – even though I knew what to look for. 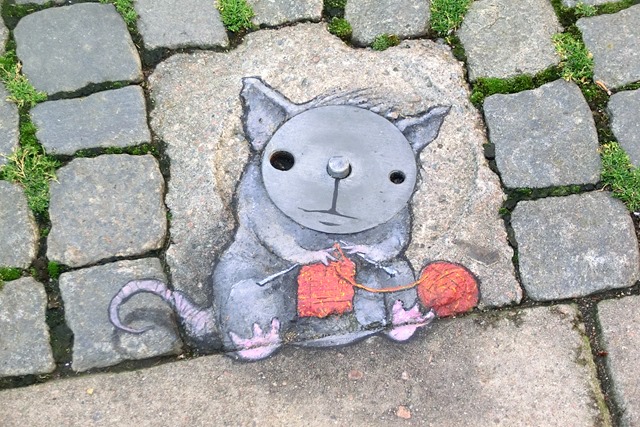 The photo below might help you understand why it’s not all easy to spot the image from a distance: 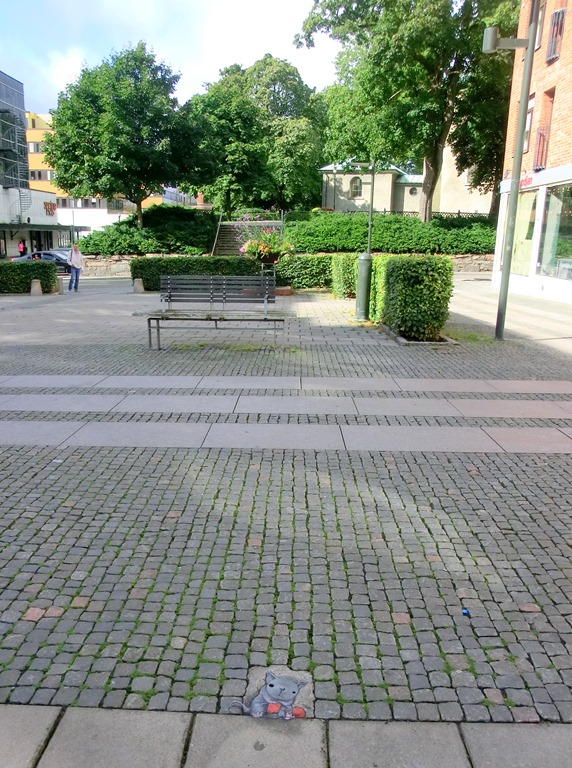 I also knew there was to be one image somewhere by the steps leading down to the river (at another open place). Hmm… Can you see it? 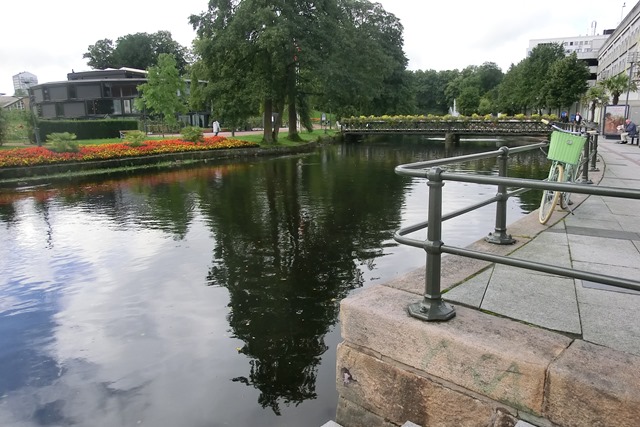 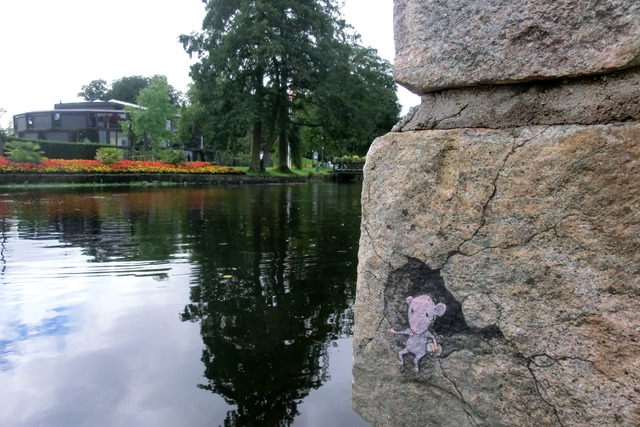 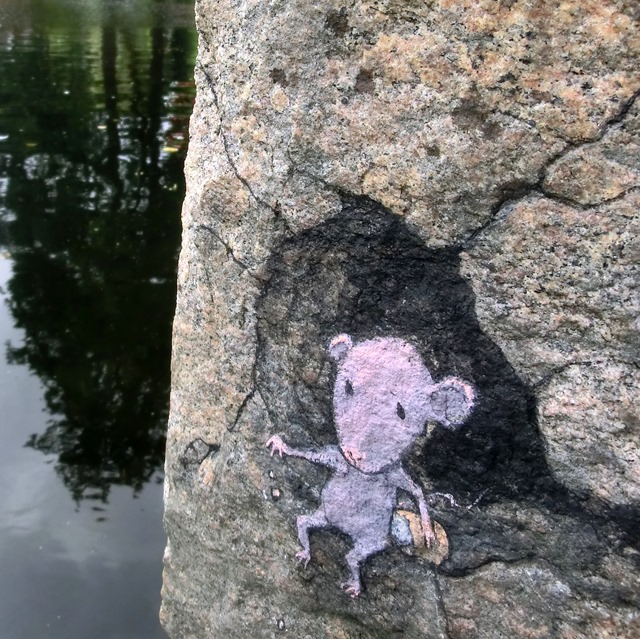 Little mouse feeding breadcrumbs to the birds in the river (as people often do in this spot) – how cute is that?! (The hole and the cracks in the stone surface, buy the way, are part of the painting.)

Having found these two, and just having missed the next bus back home, I decided to go back to the main square, where I knew that Zinn was also supposed to do something. Could hardly believe my luck when I did find him actually at work there. 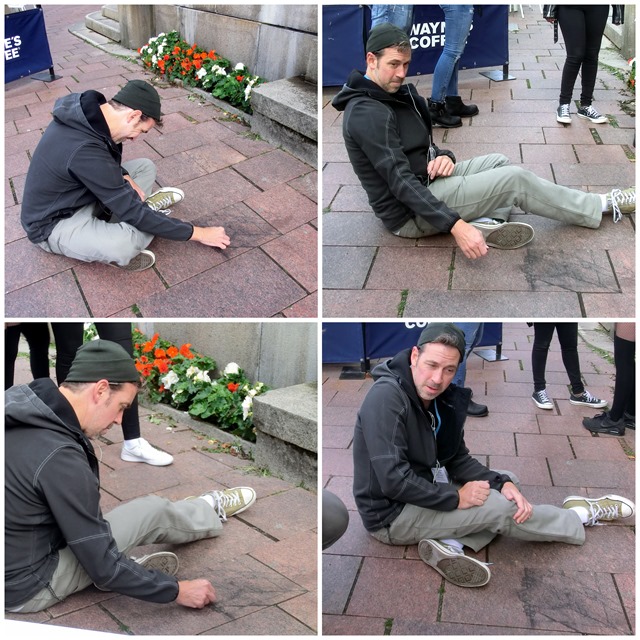 He usually works with charcoal and chalk, which means his images do not last long. But here in Borås (known as one of the rainiest cities in Sweden…), he has been using more durable paint to finish the images, so hopefully they will last a bit longer. 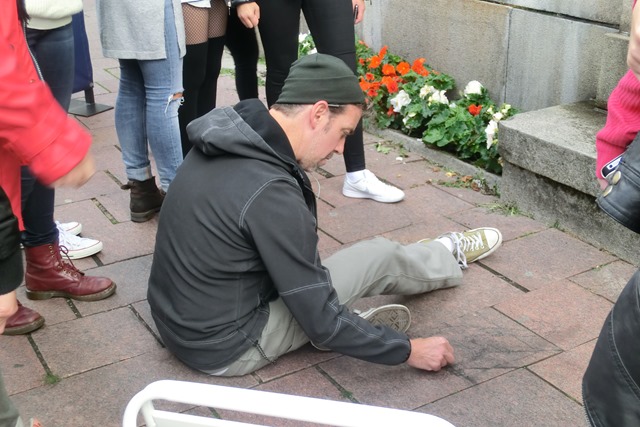 He was surrounded by a group of art students when I arrived; and then he was interviewed by someone for a website, and I stayed on in the background to listen. After the interviewer had left I actually got to exchange a few words with him myself. When I said I had had a postcard of his work sent to me from the US, he told me that there will be postcards of his for sale at a local gallery over the weekend; so I shall certainly try and get hold of some.

I hope to be able to go into town again on Friday to see a bit more of what’s going on. Tomorrow I have other things to attend to, and on Saturday I might be too busy as well. But getting to see this artist at work up close like this and even talk to him certainly “made my day” today!

PS. If you’re wondering how that charcoal scetch turned out, you can get a sneak peek here (from the NoLimit FB page). I’ll try to get my own photo of it later - and also what I know inspired it.

Posted by DawnTreader at 20:31