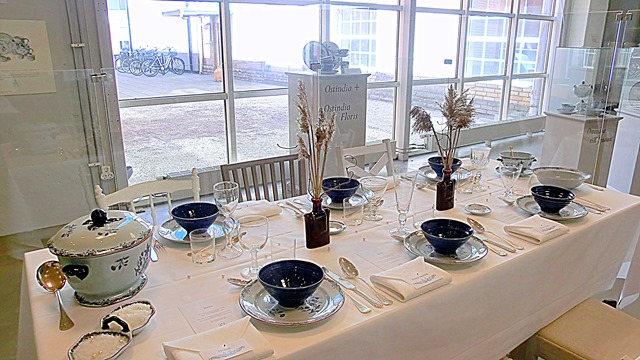 In Lidköping by Vänern we had lunch at the Rörstrand Porcelain Museum. Even if our table in their café was not laid out as elegantly as this one in the museum, it was still a very nice place to have lunch.

Rörstrand is one of the most famous Swedish porcelain manufacturers; initially founded in Stockholm; in the 1930’s, they moved to Lidköping. Nowadays the company has been taken over by Finnish Iittala, production has been moved abroad and the factory in Lidköping closed down. But the museum is still there to enjoy – and entrance is free. 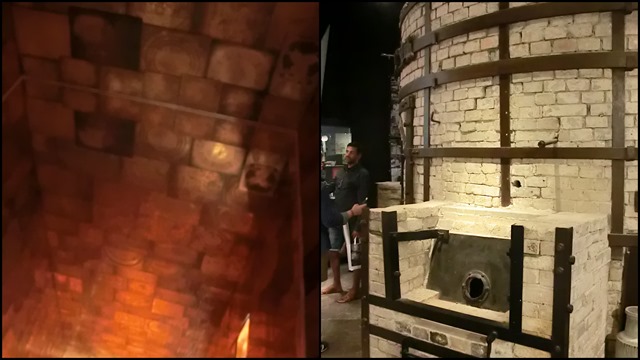 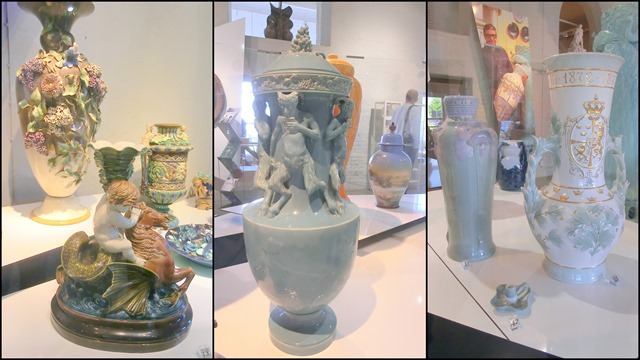 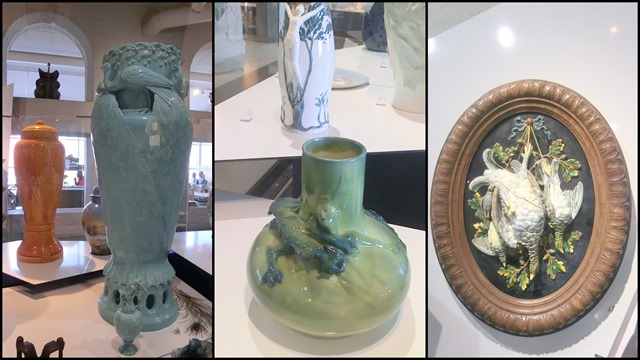 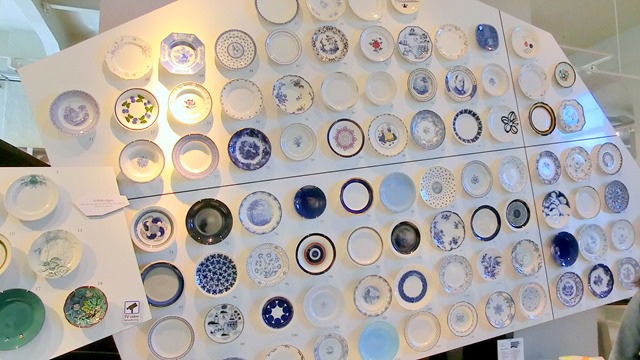 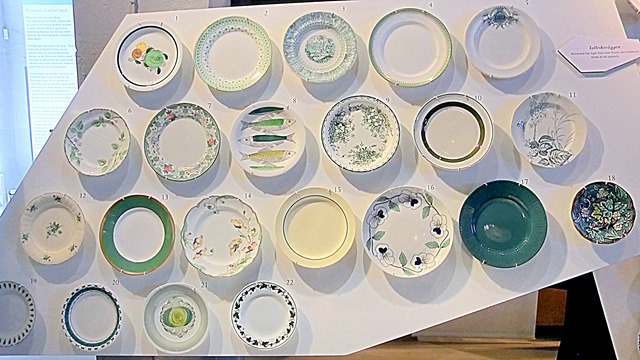 Many of Rörstrand’s classic tableware patterns are very well known in Sweden. Some of them have a long history, going back 100 years or more; and some patterns taken out of production for a while have proved so popular that they were reintroduced again later.

One of those is ‘Green Anna’, first created around the turn of the century 1900. It was out of production between 1943-1966; but then reintroduced on the market again until 2002. I myself chose this series to collect when I first moved away from home to live on my own in the mid 1970’s. I have dinner plates, soup plates, and side plates in this pattern, and also the teacups which you can see here. The plates I’m still using almost daily. The teacups are not my favourite design to hold and drink from though, so they don’t get used very often now (as I have others that I prefer). 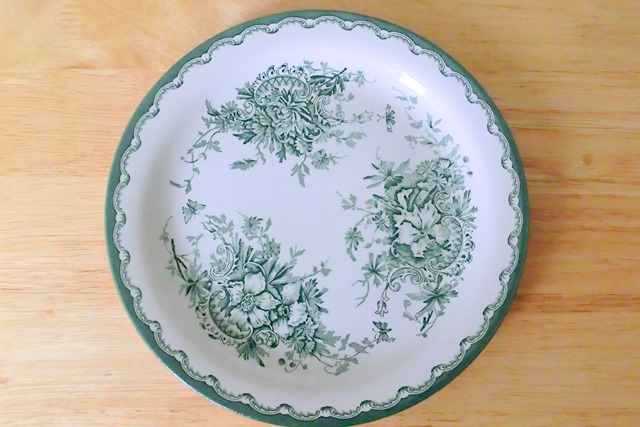 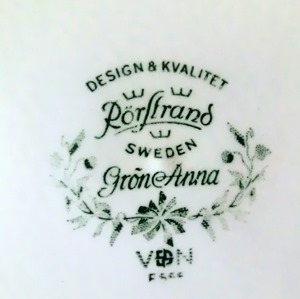 My paternal grandmother’s everyday tableware (she got married in 1930, so probably bought around then) was another Rörstrand design, Bengali Blue (which I did not see in the museum). 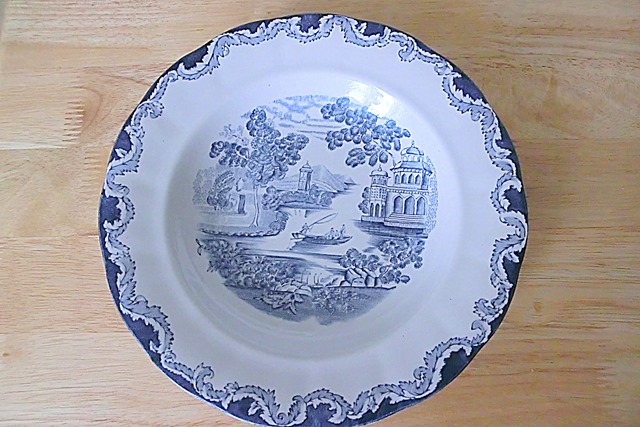 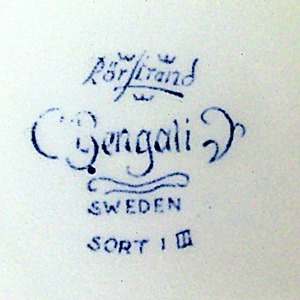 When we cleared out my parents’ house, I found the soup plates from this series to still be in good condition (obviously not having been used much, compared to the flat ones that were used all the time and got well worn and cracked over the years). So I  kept those – and I’m glad I did. While I find them rather too flat for soup (my Green Anna ones are better for that purpose– deeper and more bowl-shaped), these are just perfect for my “TV dinners” (salad etc).

They also match my grandmother’s teacups rather well… 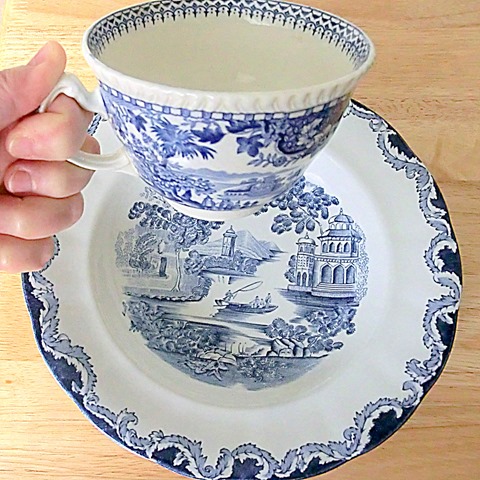 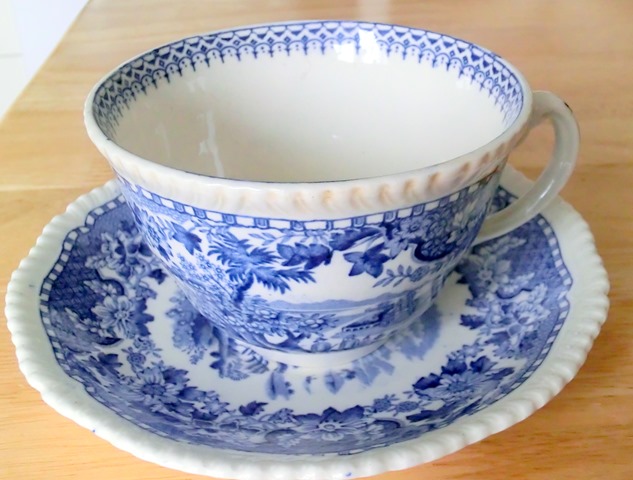 But the teacups and saucers are of a different make, and from England! 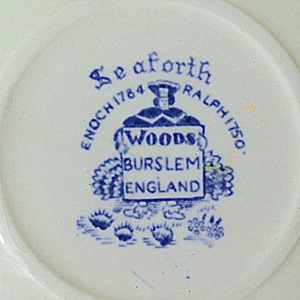 Posted by DawnTreader at 13:31