Old, New and In Between 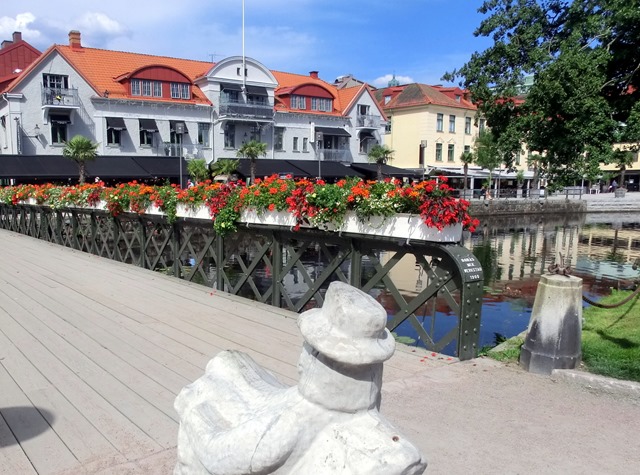 Flower-covered railing on one of the bridges in central Borås.
The figure in the foreground is not a sculpture, but one of several similar new concrete barriers around town meant to prevent car traffic in pedestrian places. These are roughly cast in the shape of a classic symbol of our town – the peddler. (Borås was founded as a market place back in the 1600’s, and still an important city of commerce.)

There is also an older, proper sculpture of a peddler in one of the main shopping streets: 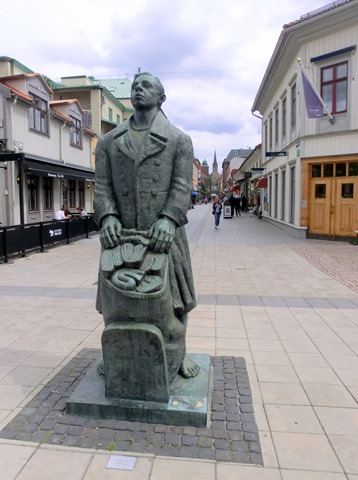 This statue was made by Arvid Knöppel (1892-1970, best known as one of Sweden’s great animal portrayers); but it has been included in this year’s sculpture biennale brochure together with a few other “oldies”.

“Arvid Knöppel’s Knallen (The Peddler) is a monument and tribute to the little man. For 400 years, peddlers wandered around Sweden selling crafts, textiles, woodwork and metalwork.”

Posted by DawnTreader at 21:44