I had my brother visiting for a few days, also coinciding with my aunt and uncle being in town on Sunday. Having tried to make the most out of a couple of intense days also means a lot of photos to sort out afterwards… And when it comes to blogging, I hardly know where to start! But why not from the beginning…

Per arrived on Saturday for lunch. The weather was rather dull, but in the afternoon I suggested we might go and see an exhibition at Navet Science Center here in Borås – a place which I have never got round to visiting at all before (inside), as it’s mostly a place set up for kids to explore various mysteries of natural sciences, technology and mathematics in a playful way. But this summer they also have a special life-size exhibition about dinosaurs going on.

Now some of you may be afraid that I’ve been struck by sudden dementia, because you are feeling quite sure that you have already seen a dinosaur exhibition on this blog quite recently… Don’t worry! You’re right; and I remember it too. That was a different exhibition, though – a travelling one, only in town for a few days, and a bit more circus-like. For some reason, dinosaur exhibitions must be very popular just now! This one is not permanent either; but here for a few months (all summer). But my overall impression is that it felt a tad bit more serious than the other one, somehow. (If serious is the right word…) 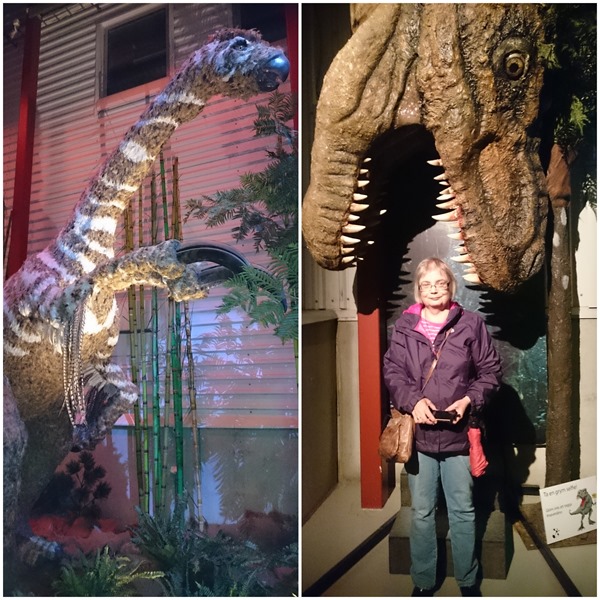 Anyway, my brother was pleased to see that these dinosaurs seemed at least to be updated enough in Dino fashion to show some fur and feathers. 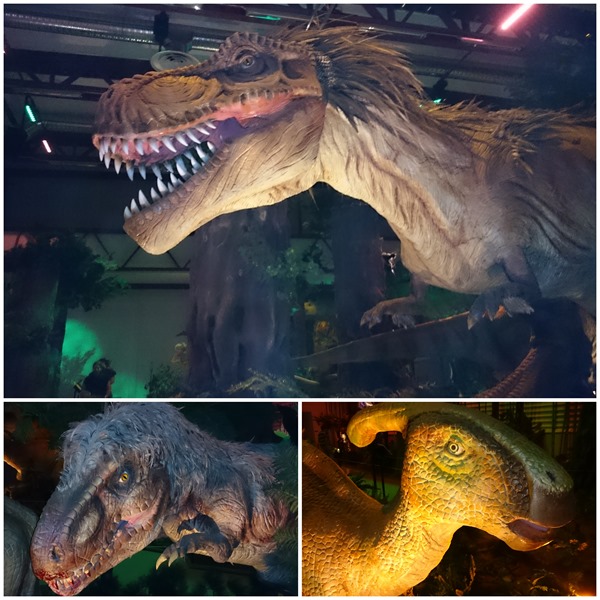 (The bottom left one for example seemed to at least have enough hair to have what I’d call ‘a bad hair day’.) 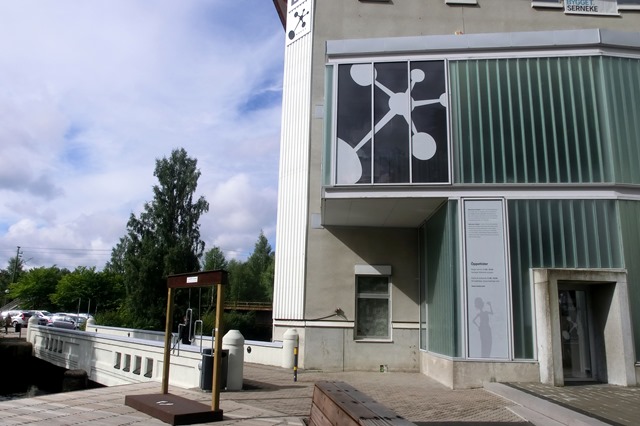 This (above) is a photo from last year, but it shows some of the exterior of the (old, industrial, but modernised) building housing the Science Center. Below the window to the left of the entrance, you can see a tiny little something… It is one of the street art paintings by David Zinn from last year’s street art festival. This one has been well protected in its rather sheltered position: 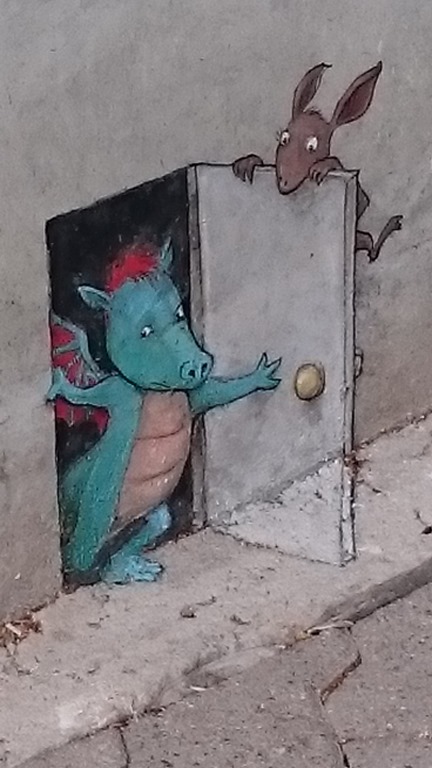 We also took a look at a couple of the contributions to this year’s sculpture biennale in the neighbourhood. (I’d seen them before, so you might have, too! But my brother had not.) 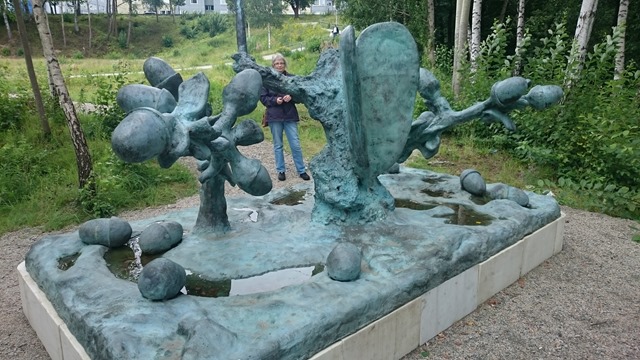 Me in the background, behind Ernst Billgren’s Guardian Angel.
And below, the sculpture as seen from where I was standing. 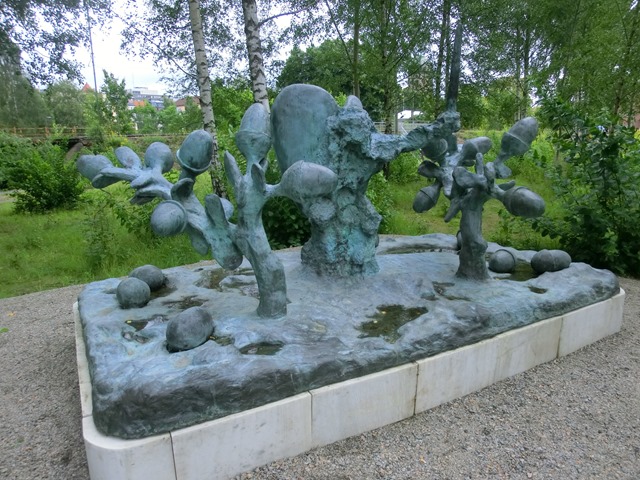 …Among the birches, the sculpture Skyddsängel (guardian angel) keeps watch. The artist says that the way we perceive a place is not logical. What is it, then, that makes a place feel safe or unsafe?… (Quote from the sculpture biennale brochue)

Can’t say that sculpture makes me feel much safer…
Nor the next one: 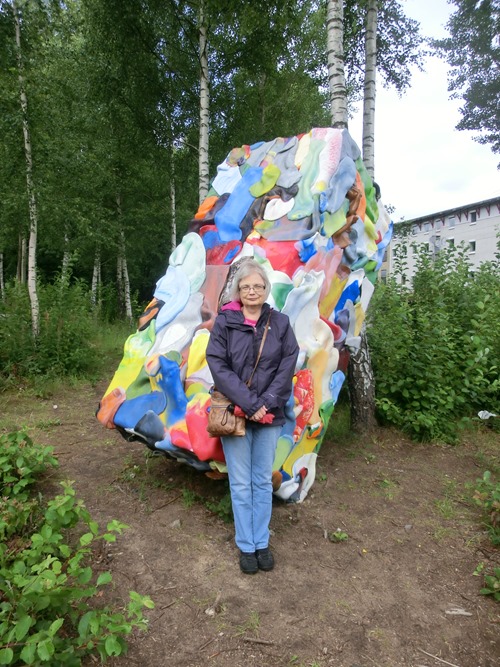 Sarkofag L (sarcophagus) – by Matthias van Arkel
“ This artwork leans nonchalantly against the sapling (… and…) reminds us of our own mortality. In the textile city of Borås, the details of the work and its bale-like shape readily suggest bundles of used clothing ready to be sent off for recycling…”

Sharing with Outdoors Wednesday.
(Well, at least the modern sculptures are outdoors! – and the original dinosaurs, waaaay back in ancient times, would of course have been too…)