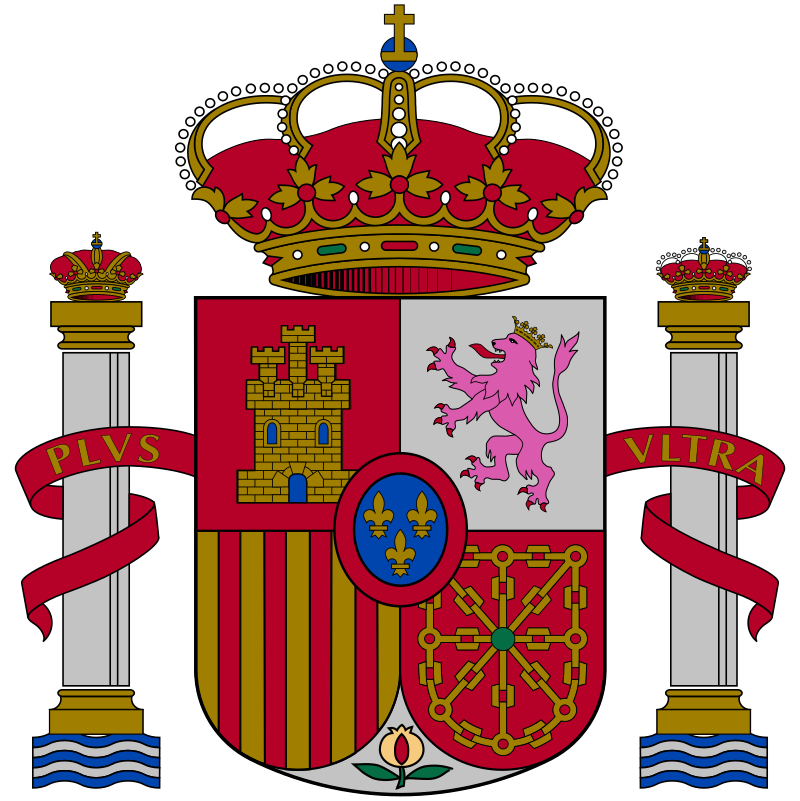 Spain’s Coat of Arms
Motto: "Plus Ultra" (Latin)
"Further Beyond"

This week I celebrated my 100 Days of Spanish anniversary. Can you call it an anniversary when it’s less than a year? Anyway: 100+2 days have passed since I started learning Spanish, using the Duolingo app recommended by another blogger (Janet). My last report here on my blog was after 40 Days, when I had made my way through all the basic Spanish lessons in the phone app. Since then I have kept on doing daily “strengthening skills” exercises though, and on my 100th day was also rewarded with a timely upgrade to the neat figure of 40% fluency (and level 16).

Besides repetitions of Duolingo I have also continued with the fantasy book I found for free in both Spanish and English on Kindle (El Despertar de los Dragones / Rise of the Dragons by Morgan Rice, also mentioned in the 40 Days post). I’m still reading each chapter in Spanish first, and then again in English to check my understanding. I’ve not been reading that book every day, as it still requires some serious concentration… But I’ve got as far as into chapter 9 (nearly 40% of the book), and I’m still set on finishing it (without cheating and skipping ahead in English). Being a YA fantasy novel in a medieval sort of setting, I think it’s rather a good book for the kind of basic vocabulary I’ve picked up (+ I have added a Spanish-English dictionary to the Kindle, and just have to put my finger on a word to look it up).

I have also worked my way through the French Duolingo exercises. Basically repetition for me, but over 40 years have passed since I learned French in school, and I’ve never used it much since. I found some lessons easy, others trickier. My passive understanding not too bad, but active use a different matter…
(Duolingo now rates me as 38% fluent at level 12.)

I also tried a little Welsh, and a little Turkish. But both these languages are new to me  and very different, both  from other languages I know and from each other. After having tested daily lessons in both simultaneously for a while (just curious about my own brain’s capacity of coping with it!)… I think I have come to the conclusion to drop Welsh for now, but continue with Turkish. A Swedish Television channel just started running a Turkish drama series of 100 episodes… I watched the first five half-hour episodes this week (with Swedish subtexts) and noted that I did recognize a few phrases or words from Duolingo – just very simple things like “yes” and “thank you”, but still. Might be interesting to see what happens if I give that 100 days as well!

Posted by DawnTreader at 23:22