Postcards for the Weekend: Special Deliveries

Maria’s generous theme for this week is “Anything You Wish”, which suits me to a tee, as some cards landing on my doormat this week were reminders of holiday traditions in other countries – from American Thanksgiving, to Dutch “Sinterklaas”. 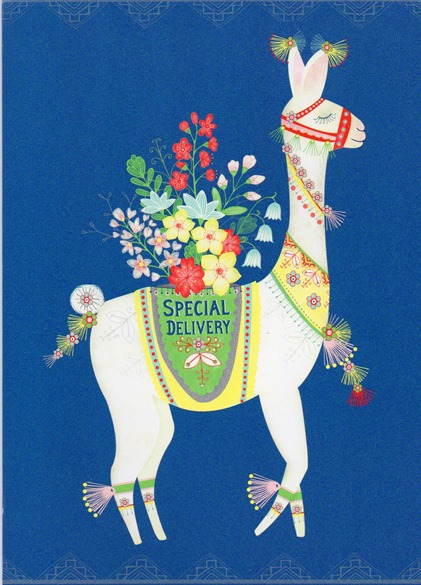 A llama came trotting from Ginny in the U.S. with a ‘special delivery’ and note of thanks.

And from Jarina in the NL came a couple of cards to do with the Dutch tradition of celebrating the arrival of St Nicholas already in mid November (See Wikipedia article: Sinterklaas), leading up to gift-giving celebrations on 5th/6th December (St Nicholas Eve/Day) rather than on Christmas Eve (the 24th, as in Sweden) or Christmas Day (as in Britain or the U.S.).

Well –  I always did have a sneaking suspicion that it must be stressful for Santa/Tomten to make it all happen in just one night, all over the earth... So quite relieved, really (for his sake) to learn that evidently, he’s always been sensible enough to spread the traditions out a bit.

From what I now understand, he comes by steam boat from Spain to the Netherlands. Then he goes around that neighbourhood of Europe on horseback. I’m not sure how he then prefers to travel up to the North Pole to collect his flying reindeer… (Here in southern Sweden, he often comes on foot!) But I guess if he’s managed before, he’ll probably pull it off it this year as well.

Any information you may have on the topic may be given in comments below! 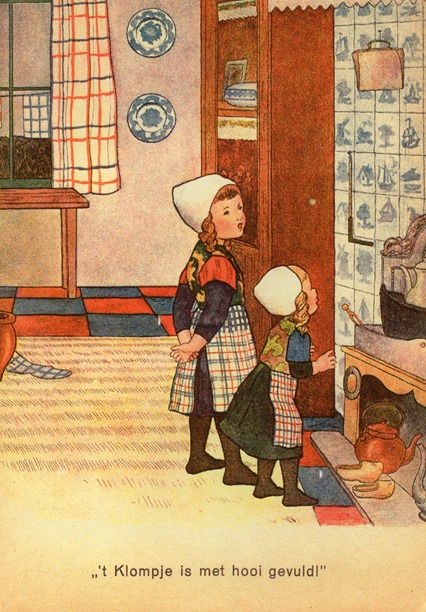 In the Netherlands, they leave hay for Santa’s horse in a shoe by the fireplace. 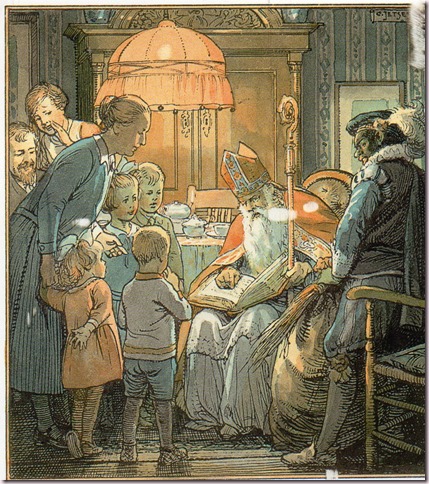 And here Sinterklaas is checking the famous Book, to see all you said and did over the past year. (Possibly, he now just uses Facebook instead. What do you think?) 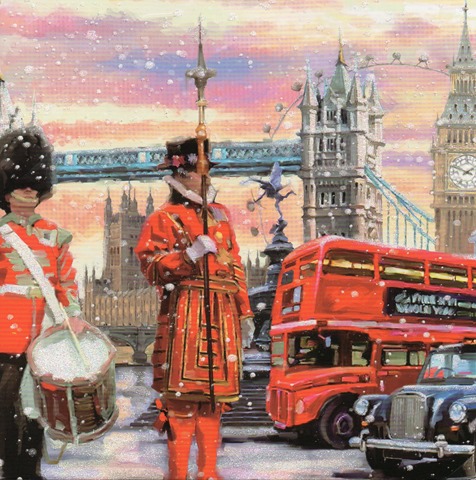 I also received the first Christmas card, from a penpal in England who is always early with hers. With all those other red traditional uniforms in London, I guess Santa would blend in rather discreetly if he needed to do some extra shopping on his way up north…

Now for the next couple of weeks I’ll be pretty busy writing my own cards to get them sent off in time… Hm!

Postcards for the Weekend 63: Anything You Wish

Posted by DawnTreader at 17:35