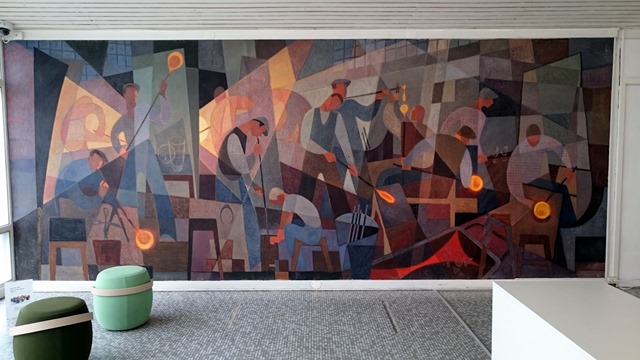 From Växjö we went on to Kosta Glasbruk, the oldest, largest and most famous glassworks in Sweden. It was founded in 1742 by two foreign officers in king Charles XII's army, and the name of the place is actually made up of parts of both their surnames, Ko(skull) + Sta(el). Many more glassworks were also founded in the surrounding area, which has become known as the "Kingdom of Crystal".

During the first 150 years, Kosta produced standard glassware, such as drinking glasses, bottles or window glass. Later they became known for employing creative glass designers as well as skillful glassblowers. Together, they develop new techniques and improve existing procedures. Nowadays Kosta has merged with Boda glassworks, and is still producing various kinds of both utility and art glassware.

Today, the premises surrounding the glassworks has grown into a gigantic shopping mall including all kinds of retail outlet stores – not only glassware, but for example clothes as well. The glassworks is also open to visitors. You can observe glassblowers at work or participate in a guided tour; but we did not do that on this occasion. For one thing, the day was hot enough anyway (!) - and we also knew we were going to have more opportunities like that at other glassworks on our trip.

As it was lunchtime when we arrived, we started with lunch at the Outlet restaurant (…not at the luxurious spa hotel which can also be found within the premises…) After that we focused on the Kosta Boda Art Gallery, where a number of very impressive artworks made of glass are displayed – and, before we left, also a visit to the glassware retail outlet. 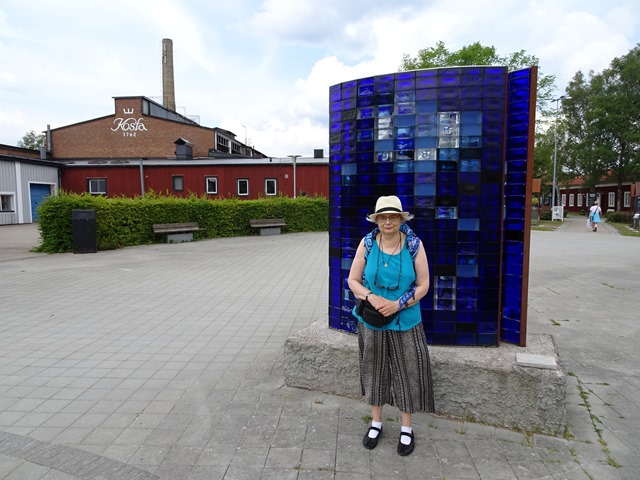 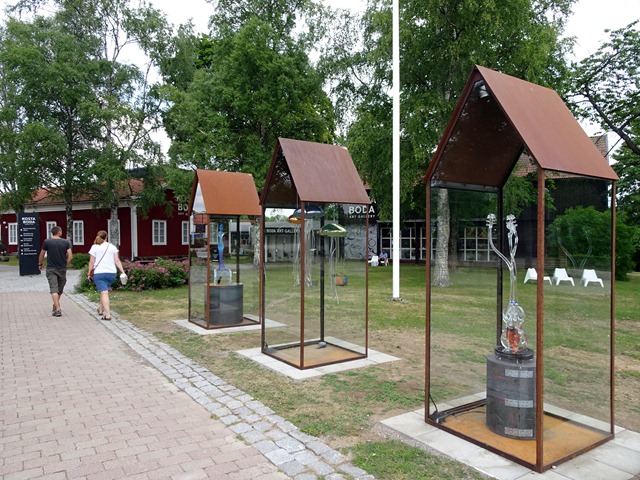 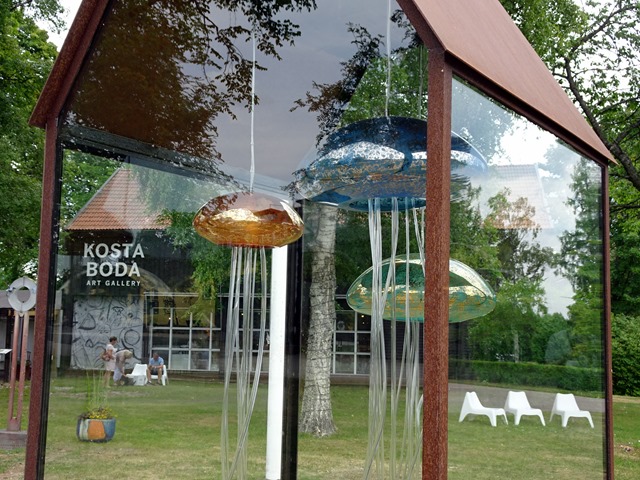 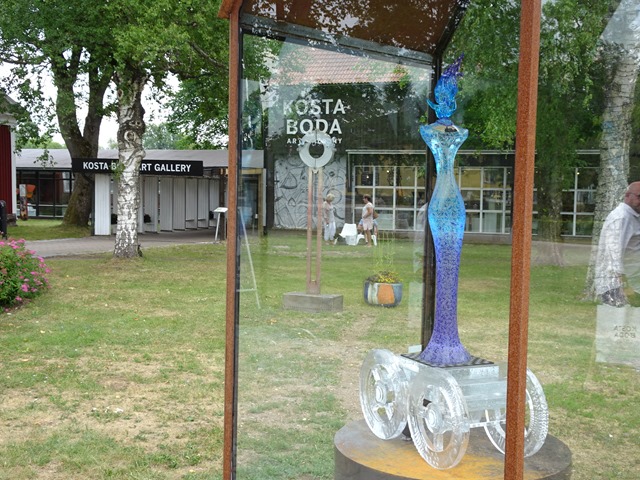 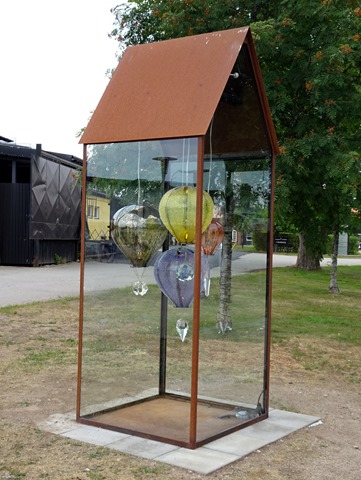 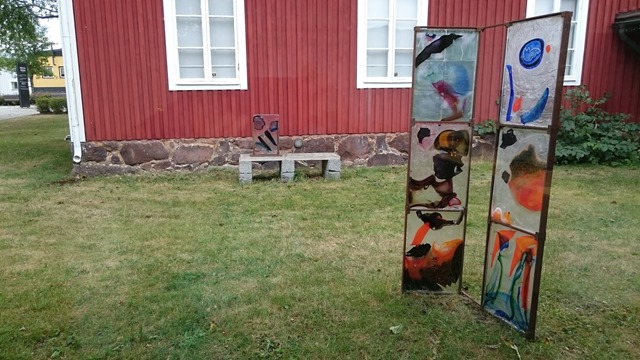 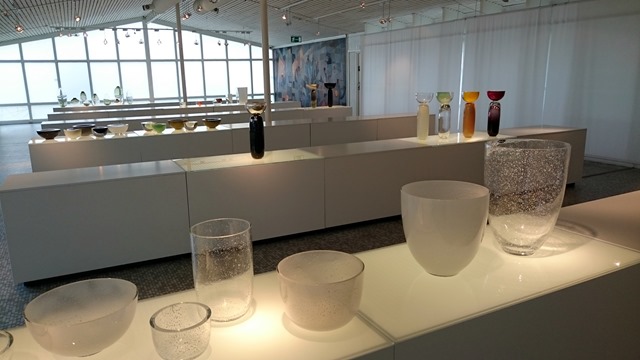 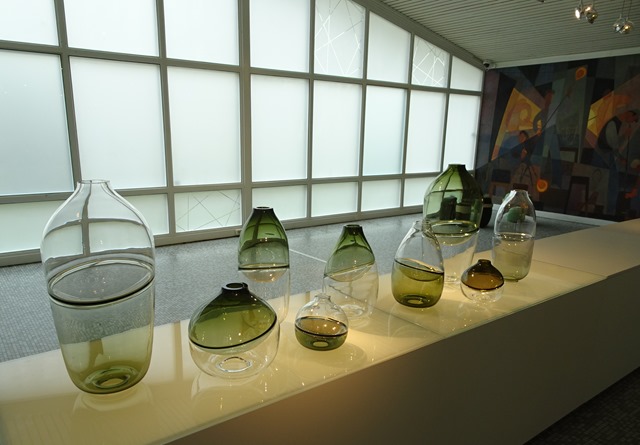 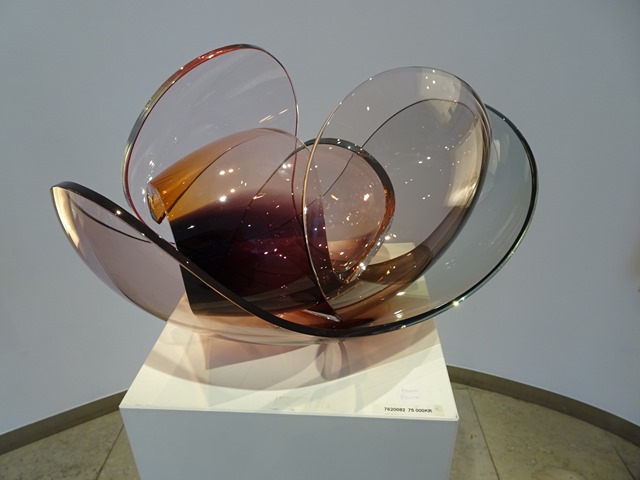 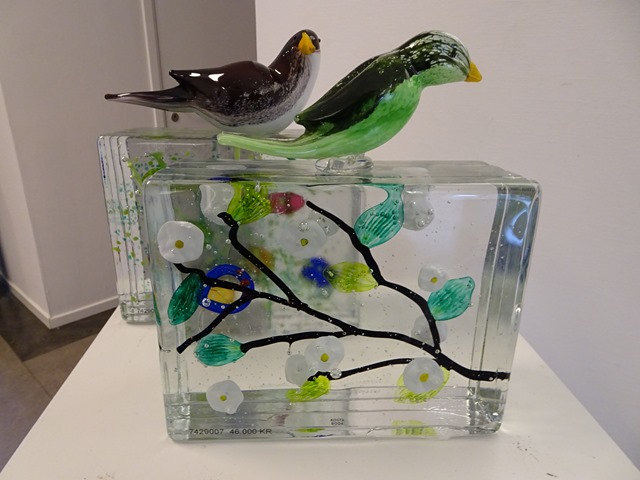 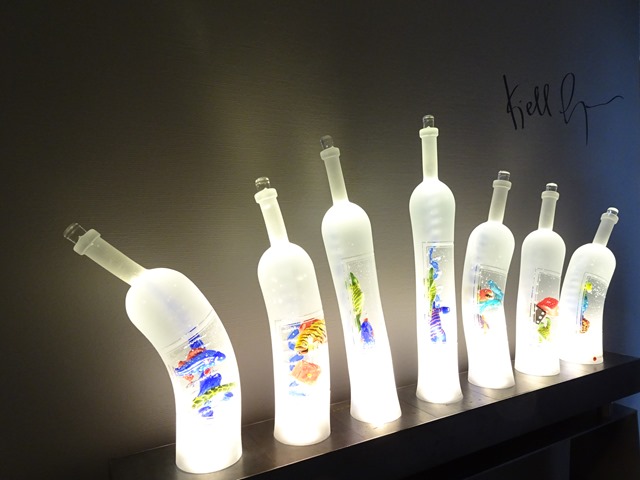 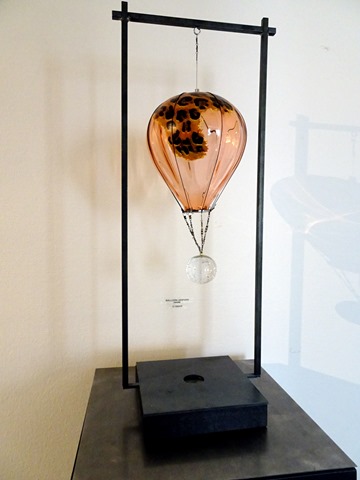 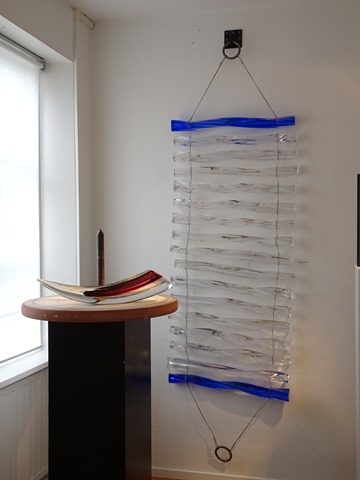 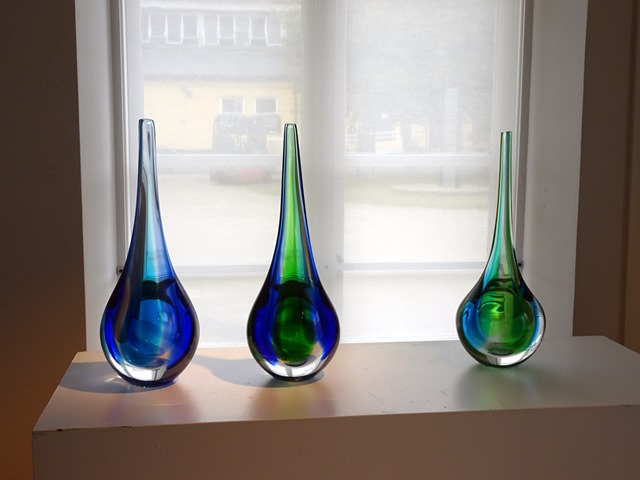 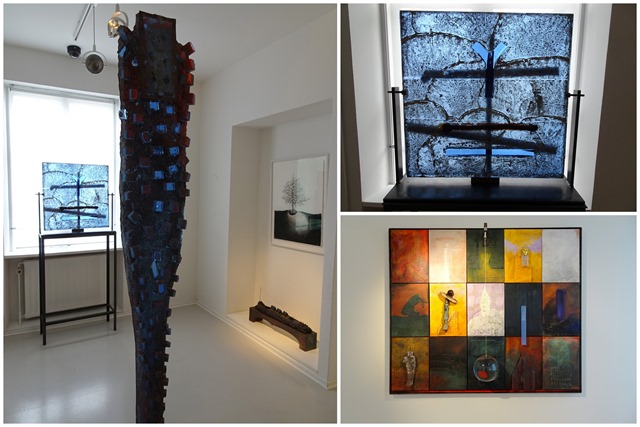 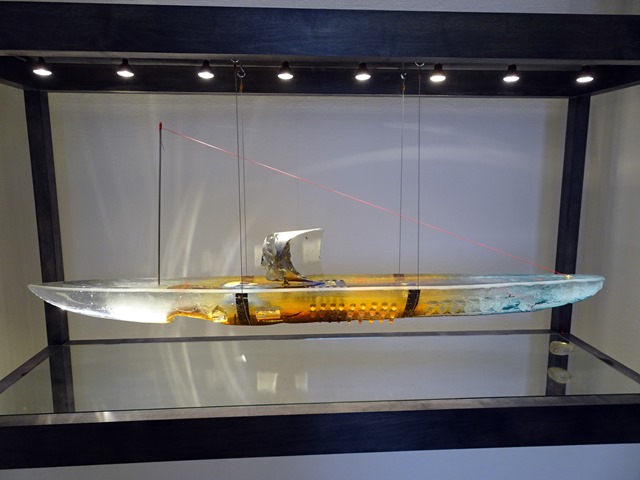 So many wonderful things to see, and so many names to forget…! But some of the artists whose impressive work we had recently seen in Växjö Cathedral and the Swedish Glass Museum were represented here as well – like Bertil Vallien (above) and Ulrica Hydman-Vallien (below). 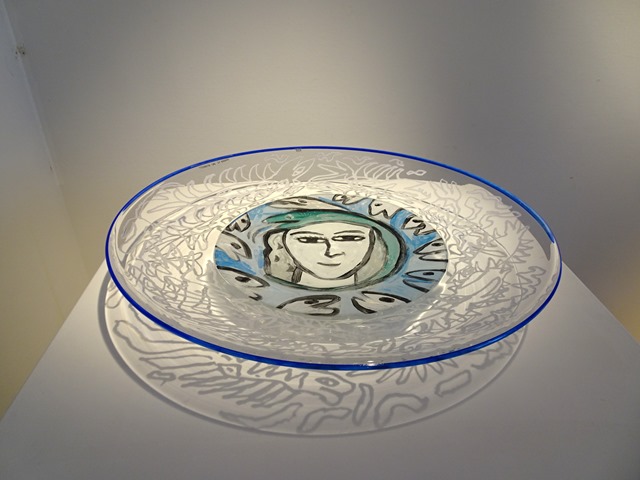 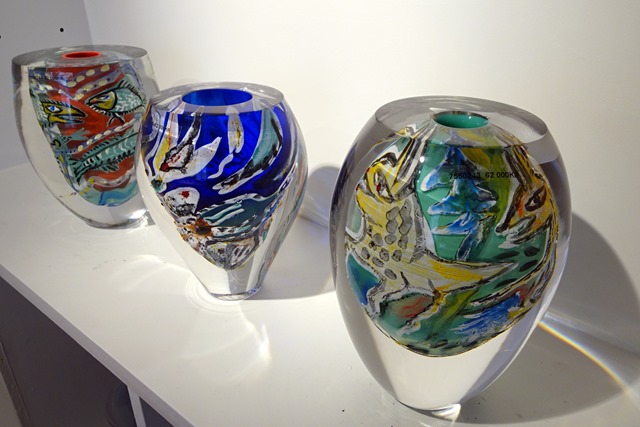 As souvenir from this glassworks I chose to buy six ordinary, clear drinking glasses, though – because I needed some, and I liked them, and they’re something I can use every day! 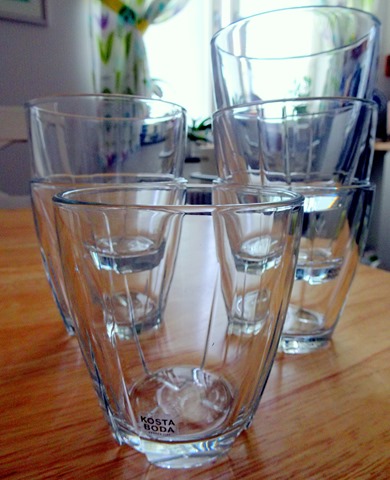 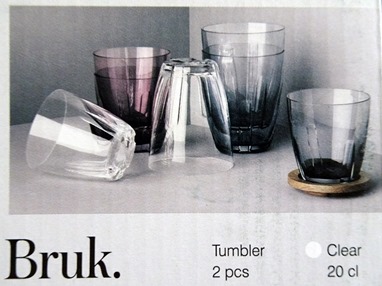 Note: Bruk in Swedish can mean either ‘works’ (factory) or ‘use’

Posted by DawnTreader at 21:45