Still trying to catch up with myself, but…

Image borrowed from whereever on the Internet.
(If the rightful owner objects, I’ll return it and apologize.)

Time of course keeps ticking on as always, ignoring my desire to stop it for a bit while I continue sorting out my holiday photos... 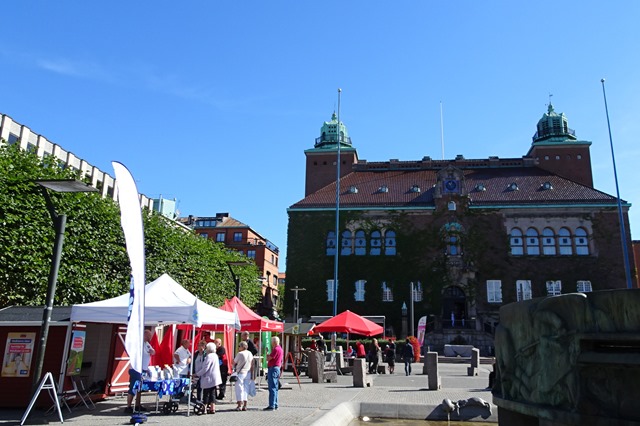 Only just over two weeks now until Election Day in Sweden (September 9th)... Including national, regional and municipal elections. Whether you turn on the TV, the radio or the computer, or go for a walk into town, there seems to be political debate going on in every corner. At the moment, I think I’m even more tired of all the media analysing than with the ‘actual politics’!

There have been other goings-on as well, though.
For example, this uplifting piece of street art: 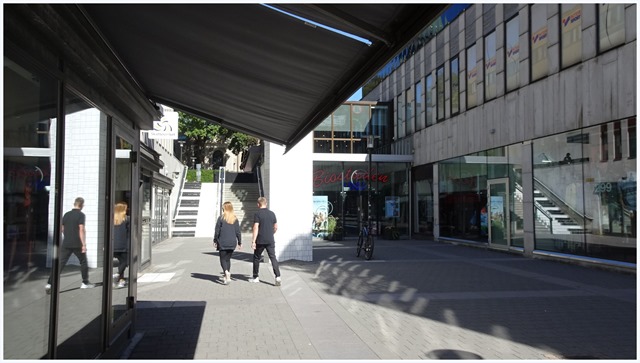 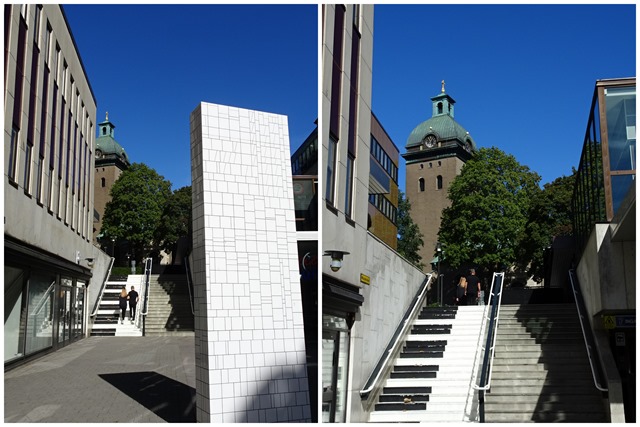 On the same day that I took the photos above (Monday the 13th), there was also something else happening down by the river… 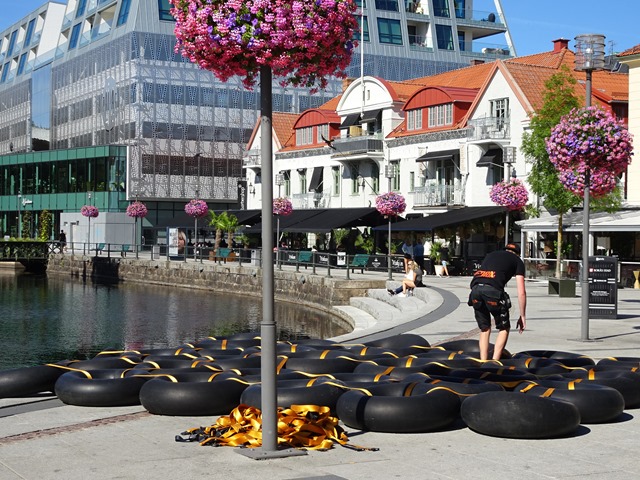 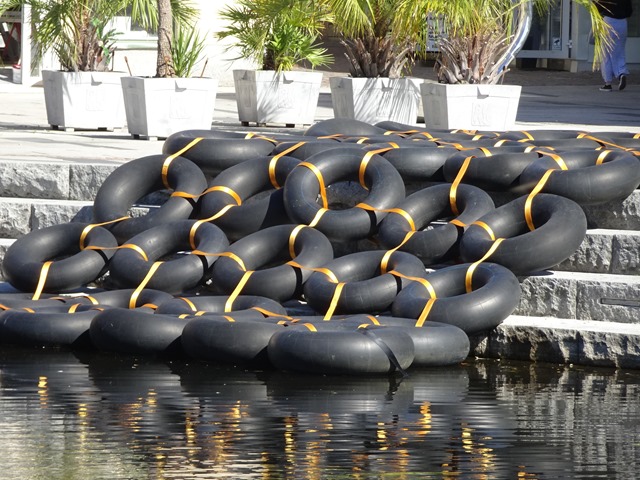 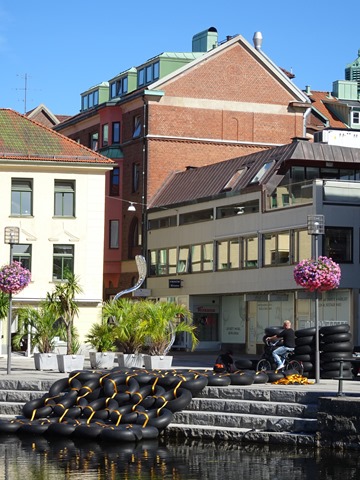 This, however, turned out to be neither about Art nor Politics, but Sports! - to do with an Action Run event the following weekend… (How exactly they made use of this contraption I cannot tell you, though, as I wasn’t there to see it.)

On Wednesday last week, a friend and I went to an evening concert in one of the churches in the city centre. Not the one at the top of the Piano Stairs, but the other big one. Earlier in the summer I also visted that church in the daytime on a weekday, when it was empty: 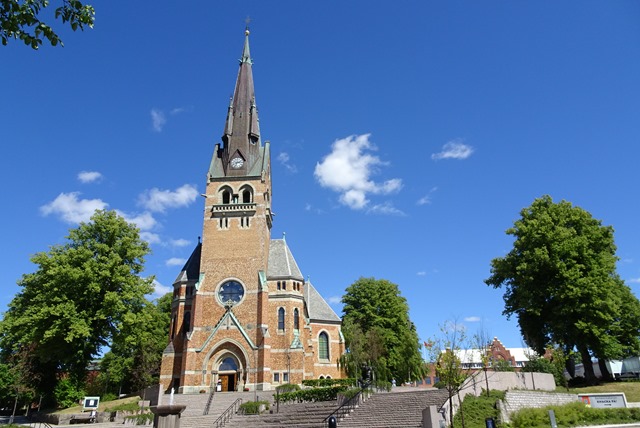 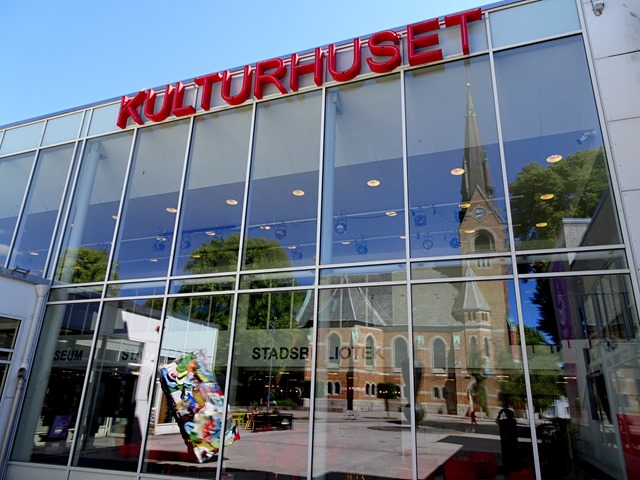 The church reflected in the windows of the Cultural Centre nearby. 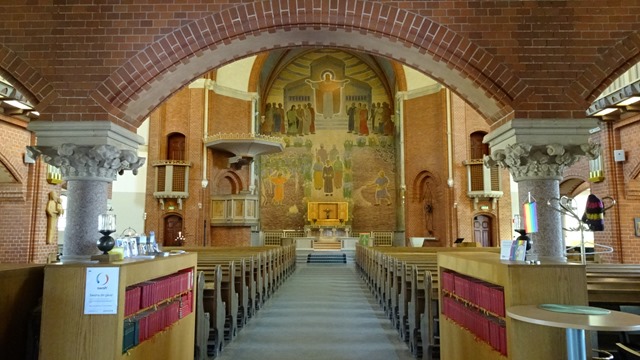 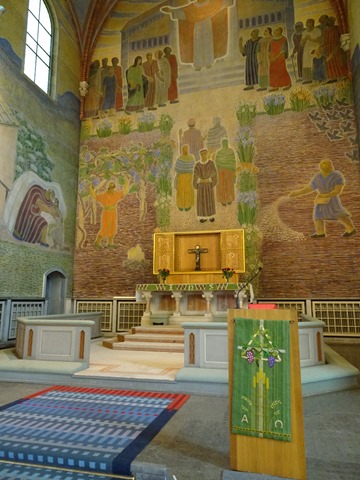 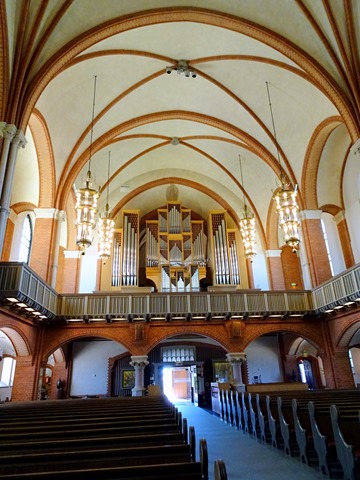 At the concert last week, the same church was full to the brim: 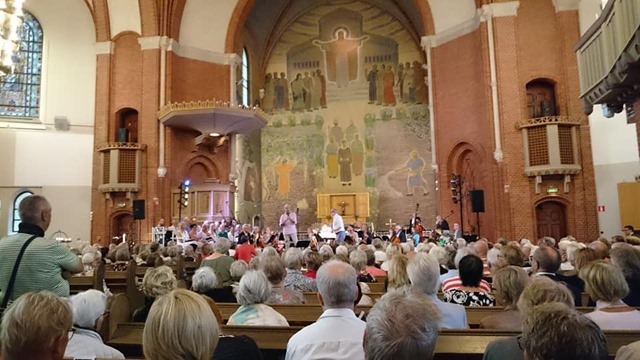 The main attraction was a nationally well-known Swedish singer-songwriter (Göran Fristorp), performing together with a local choir and orchestra. It was a lovely summer concert – even if a little long to sit still on a wooden church bench from the beginning of the previous century… (We arrived half an hour in advance – and good thing we did, or we wouldn’t have been able to get seats at all – and the concert itself lasted about 1 h 45 min…) (Luckily the next day I was free to do Absolutely Nothing…)

On Tuesday this week, another old friend (who lives elsewhere) called quite unexpectedly and said she happened to be in Borås in connection with her job and could I come into town and meet her after six? I’m not the most spontaneously flexible person in the world, but I managed… So we had a catch-up chat over cup and bite of something in a café down by the river. It was quite a nice evening so we were able to sit at a table outdoors, overlooking the river (ground floor of the big building in the background of the photo with the guy preparing the Action-thingy).

Posted by DawnTreader at 21:57