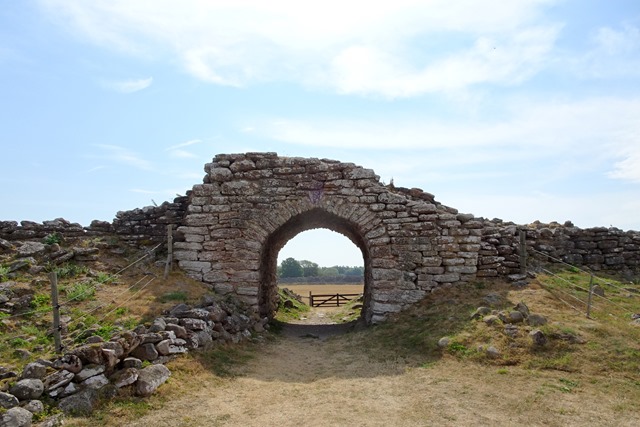 The entrance to Gråborg, the ruins of the largest of 15 ancient strongholds on Öland. (The name can be translated The Grey Castle.) These strongholds were built between AD 300-700. Some were also restored and used in the Middle Ages. (See further info on the signs below - click on images to enlarge.) 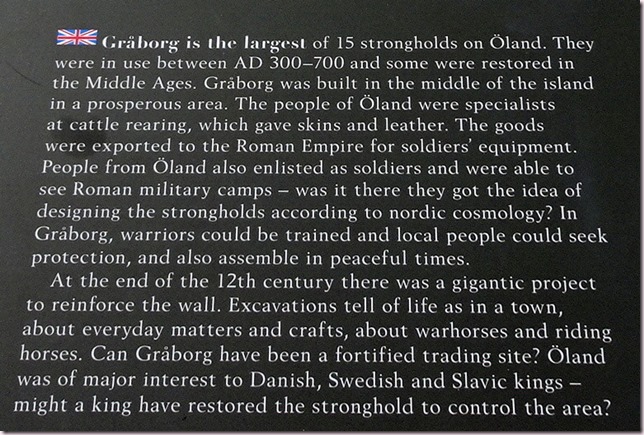 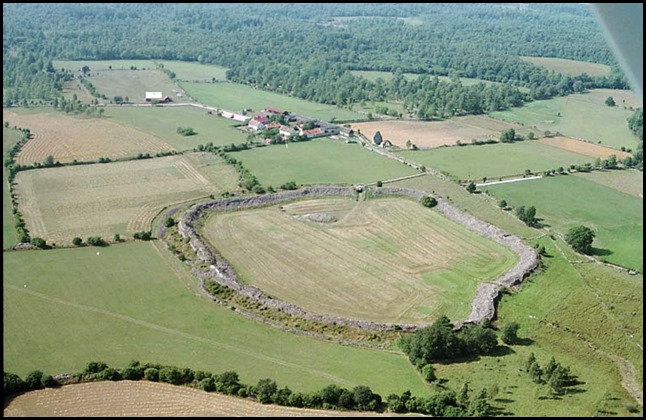 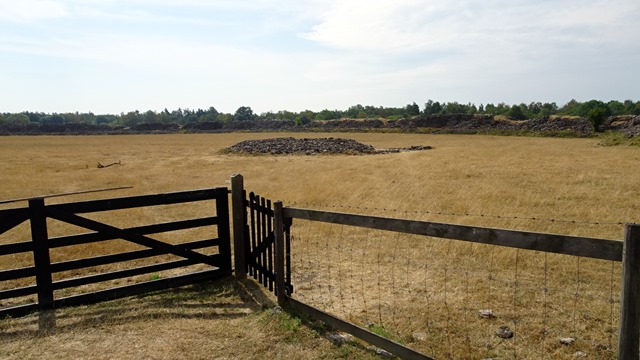 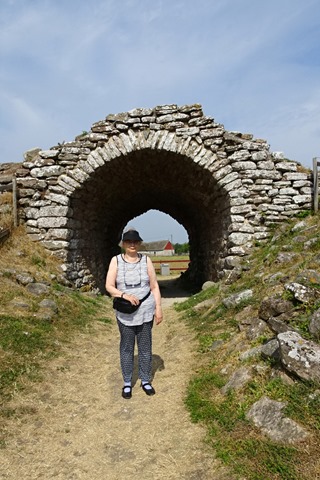 Me on the inside of the gateway. 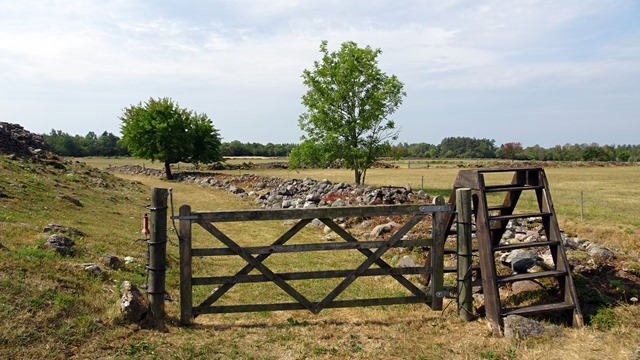 This was on the outside of the great wall, I think. There are lots of these kinds of stepladders next to gates on the island, as there are also sometimes cows or sheep grazing in the fields. (I feel very insecure climbing those steps when there is nothing to hold on to at the top, though! This one I did not try.) 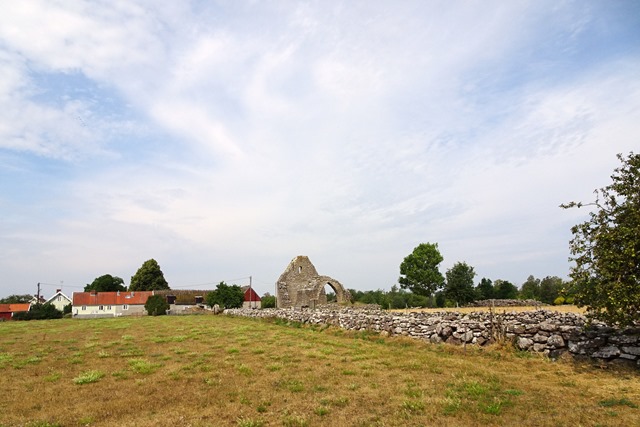 Close to the stronghold there is also this 12th century ruin known as St Knut’s Chapel; supporting the theory that the stronghold was also in use in the Middle Ages. 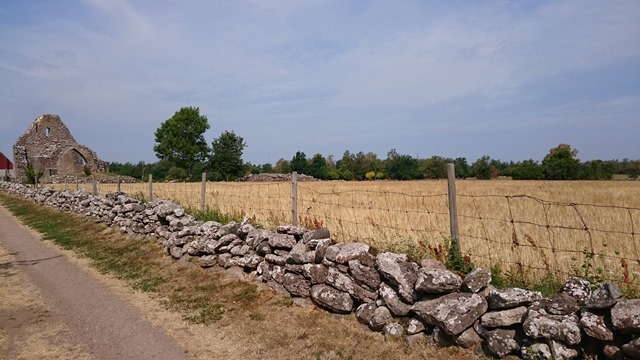 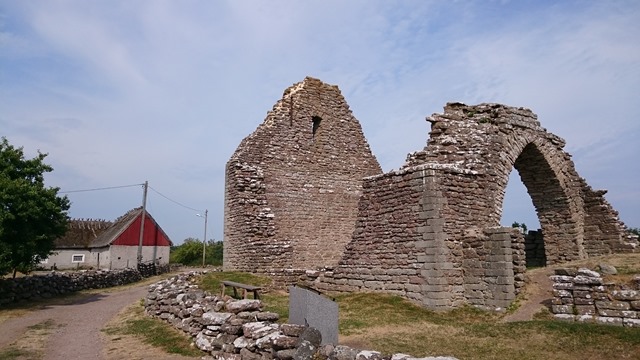 The car park was on the other side of that barn you see in the background. When we got back there, we were met by this car which wasn’t there when we arrived: 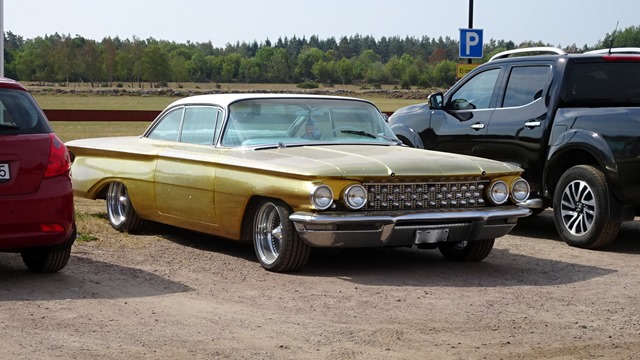