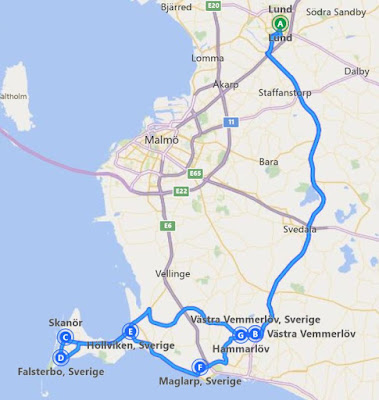 On the fourth day of our holiday trip, we drove from Lund down to the southwesternmost point of Sweden - the two old medieval towns of Skanör and Falsterbo - and back again. 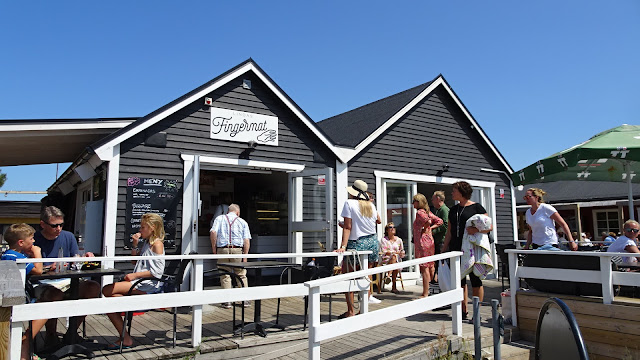 We had lunch at this or some similar place at Skanör harbour, and then went for a walk along the quayside. 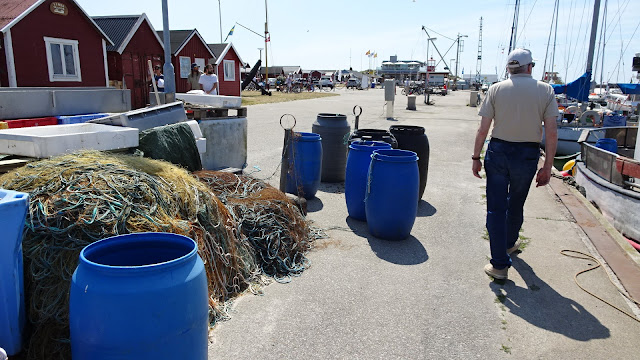 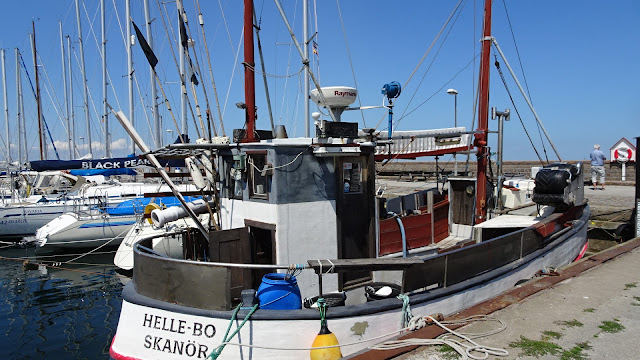 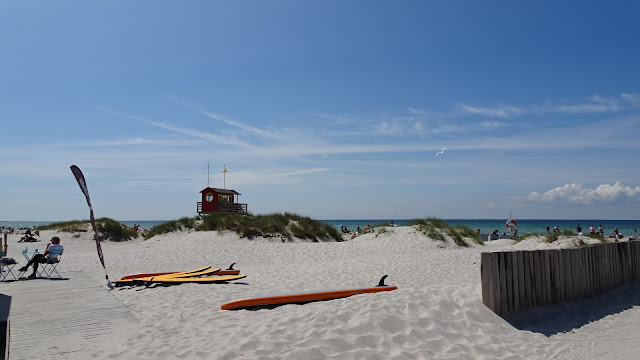 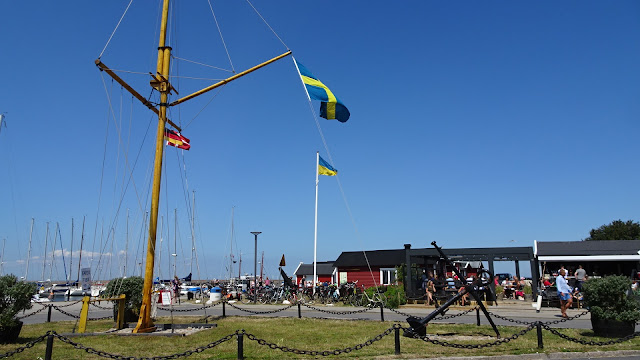 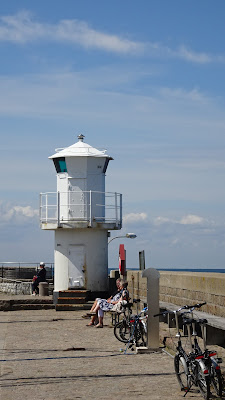 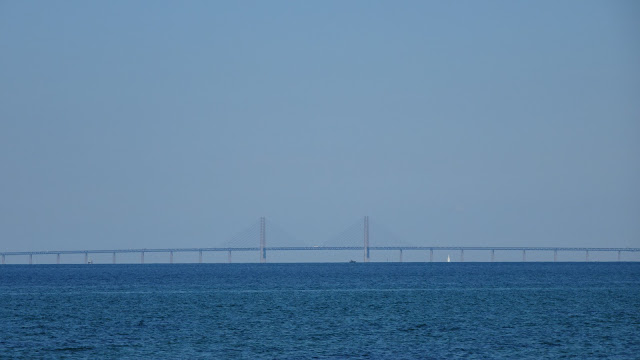 From Skanör, far away in the distance to the north, we could actually see the Öresund bridge that connects Malmö and Copenhagen. (In this picture I zoomed it in with my camera.)

At Falsterbo, we visited the main bathing beach. (No, we did not go into the water... But I did walk barefoot in the sand for a bit!) 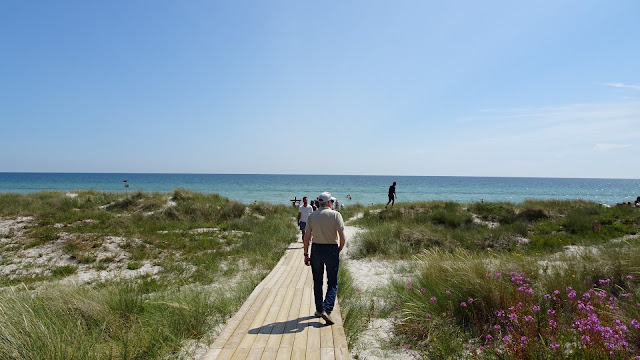 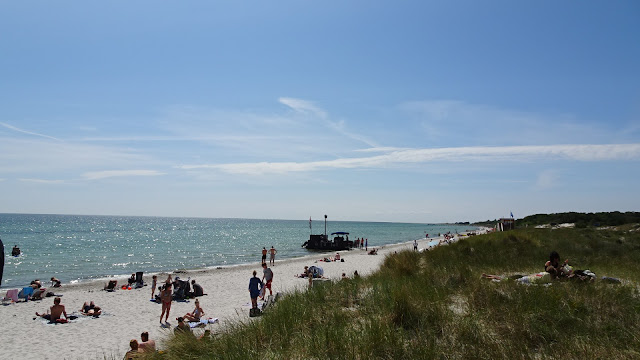 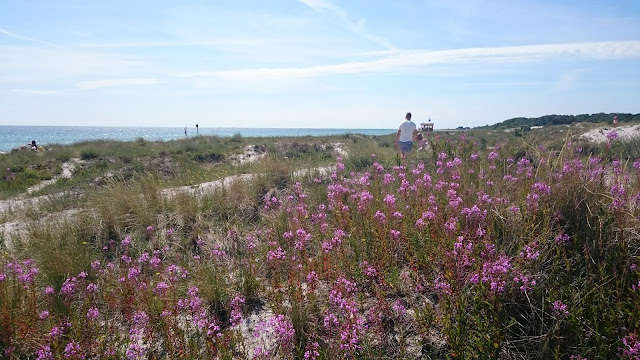 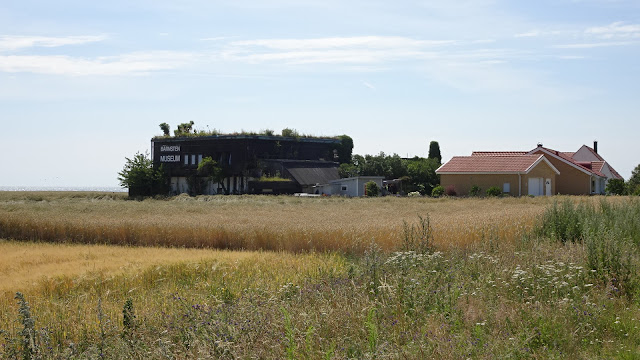 At Höllviken, we visited an odd and unique museum of amber - and various other beach finds. (More or less the whole house is actually built from driftwood, I think.) 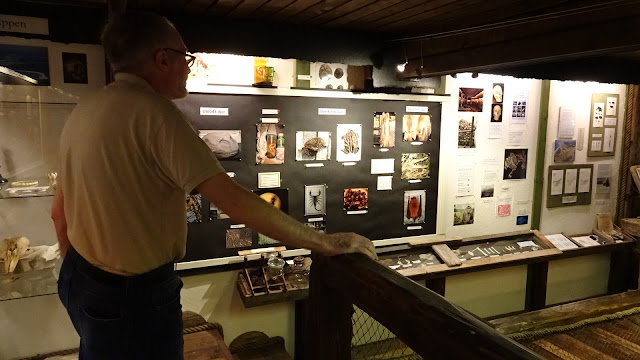 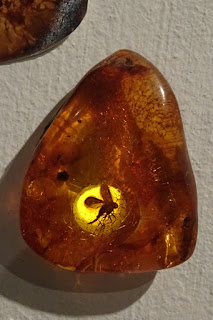 We also visited at least four churches on this day. I'll get back to these in separate posts some time...

We also had time to see a bit more of Lund. In the morning, before we set off to Skanör, we stopped to have a look at the old Observatory in the Town Park, which used to be part of the Astronomy Department at the University (until it was replaced by a new observatory in 2001). In the evening, we also went for a last walk in Lund to look at (among other things) the main old university building; and finished off with a stroll through the Botanical Garden. 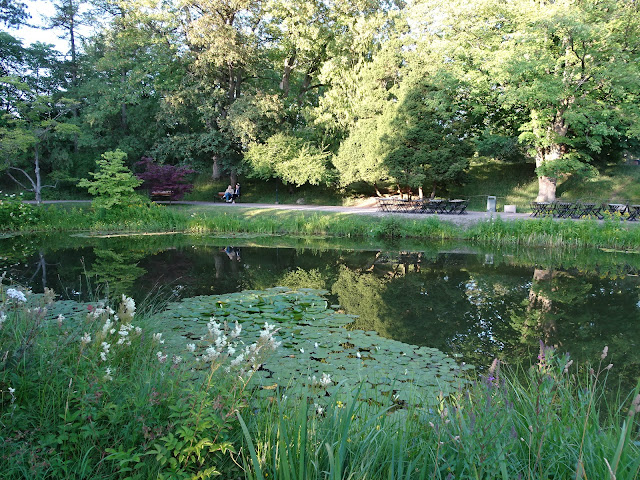 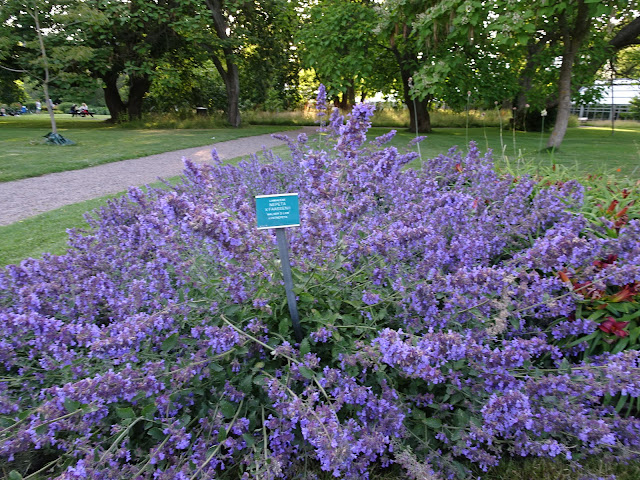 Linking to Our World Tuesday