And There Was Christmas 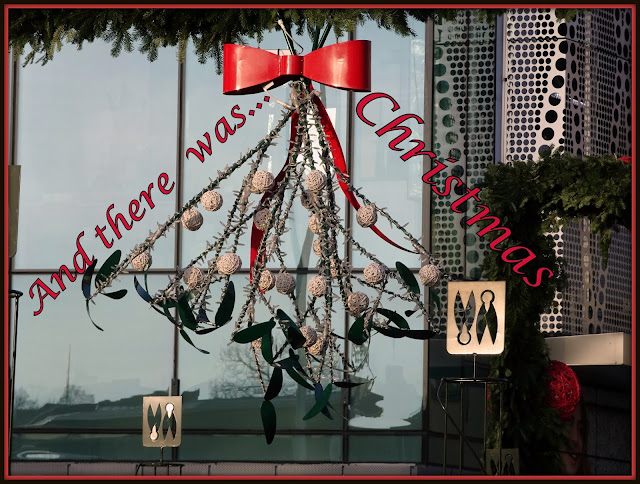 Living alone and keeping to the recommendations of only celebrating Christmas with members of one's own household... One might think that would mean lots of time for a blogger to to blog. Somehow, it seems I still managed to fill my time mostly with other things, though!

What you see above is a closeup of one of the decorations on a bridge over the river in the city. Picking up where my 4th Advent post left off, here are some more photos from my sunny walk last Saturday. (Blogger/the internet seems to to be cooperating better today.) 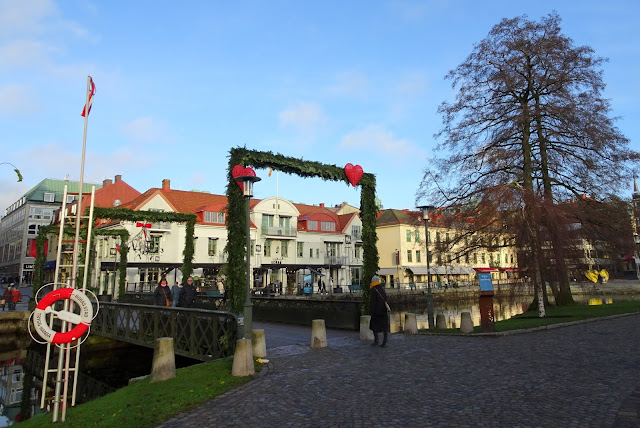 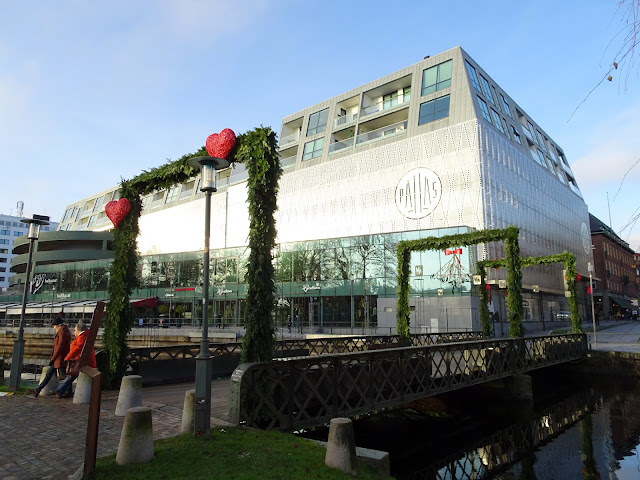 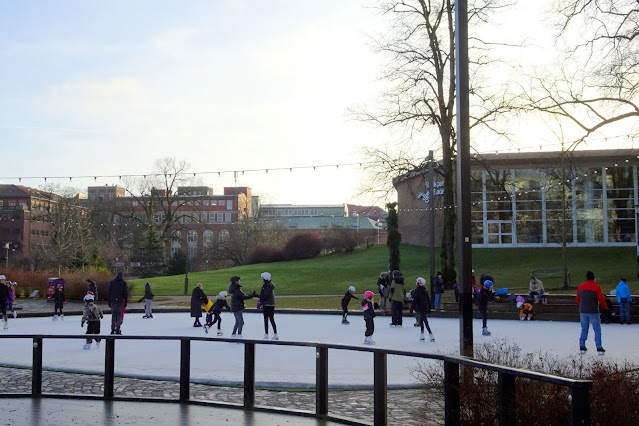 There is an ice skating-rink in the park - frozen by artificial means, though, as it hasn't really been that cold here yet (mild December, and temperatures still hovering hesitantly just around freezing point for Christmas). 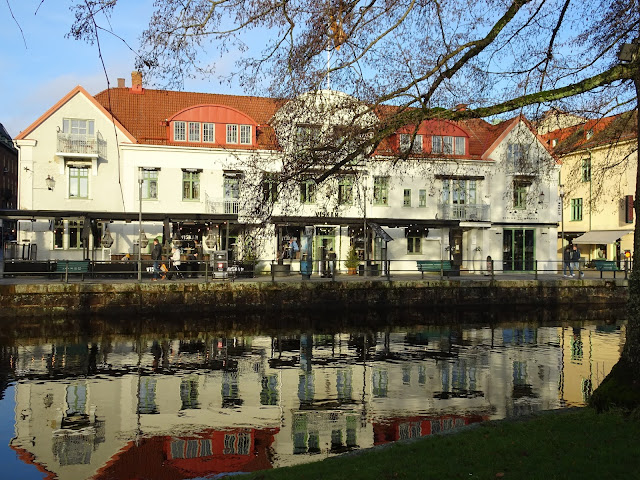 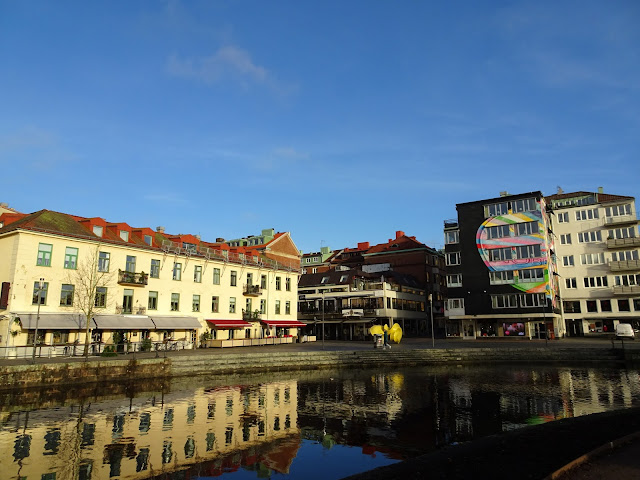 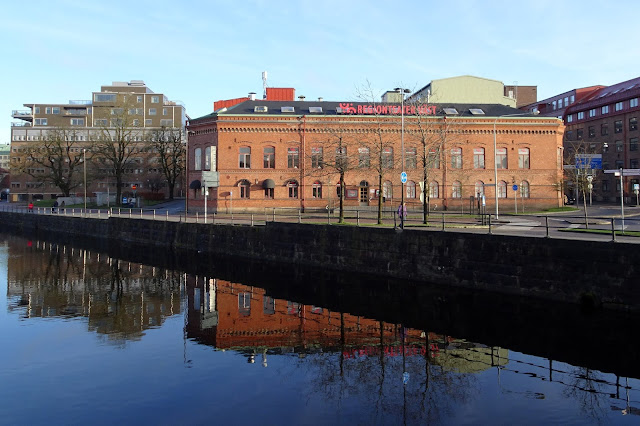 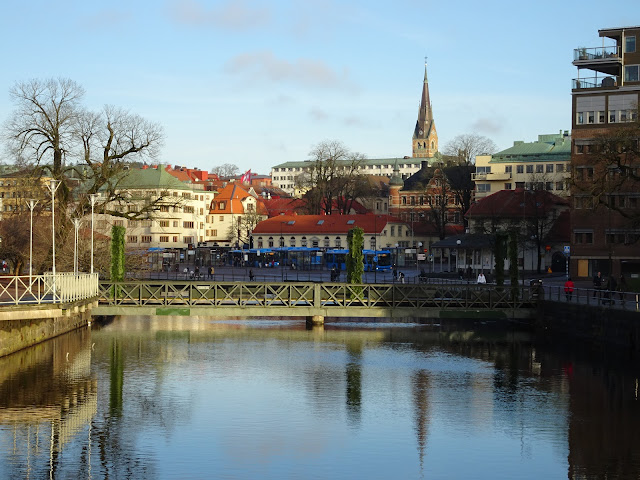 Actually, the Christmas days themselves offered quite nice weather for walks as well. A bit chilly, but nonetheless I manged to get out twice on Christmas Eve, and one walk per day the next two days. Christmas Eve and Christmas Day were mostly sunny. Boxing day was grey but with a few snowflakes in the air. (Not enough to cover the ground, though. And today is windy and rainy, and I think I'll be staying in...) 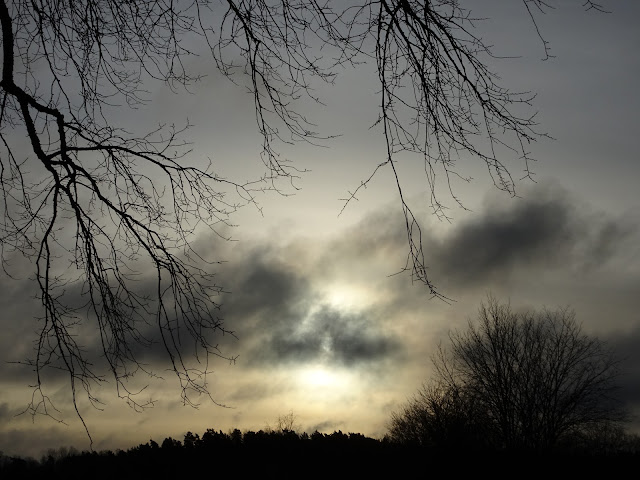 Christmas Eve: Sun still very low, and a bit reluctant to get out of bed at all... (Photo from around midday.) Went for walk across the cemetery and down to the river to say hello to some ducks. 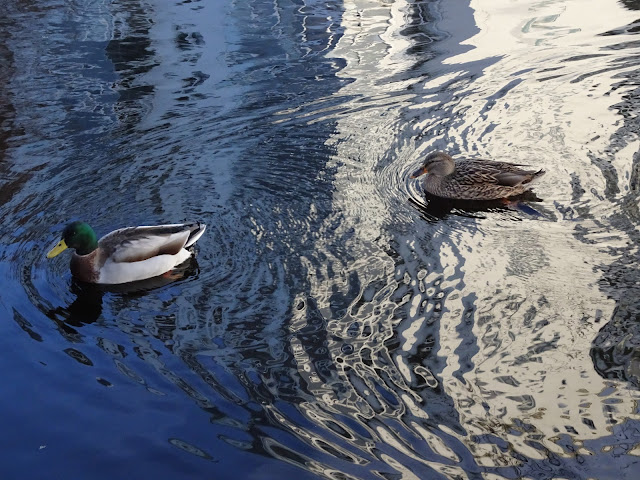 In the afternoon I had a Skype meeting with my brother; and there were also phone calls and messaging with a few other friends. And enjoying my decorations, and all the cards that had been dropping in during December. As this has pretty much been my "new normal" for a number of years now, I can't really say that this Christmas will stand out for me (personally) as very different. (New Year's Eve will be, though, as that will be the first time in two decades that I won't be having my usual party with a handful of friends.)

(Well, I guess that one thing that might stand out as different in retrospect would be my haircut. Or rather, lack of. Haven't been to see my hairdresser for months...) 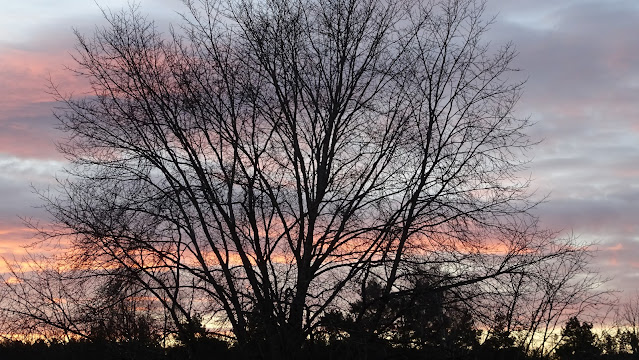 The dawn of Christmas Day, from my balcony (around 10 am) 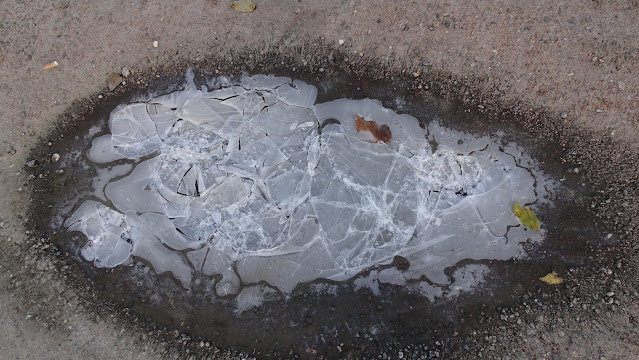 A bit of frost on the ground that day, and ice on the puddles! 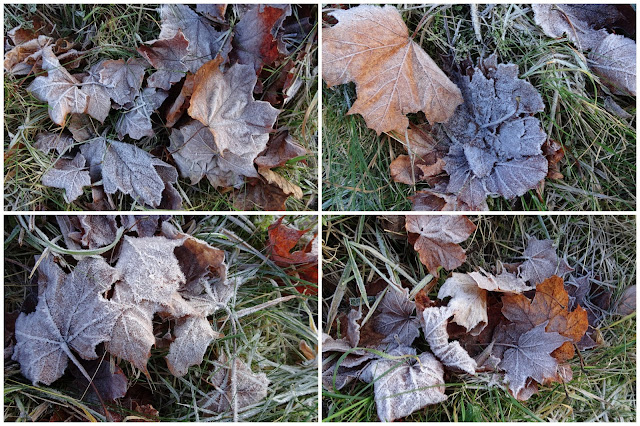 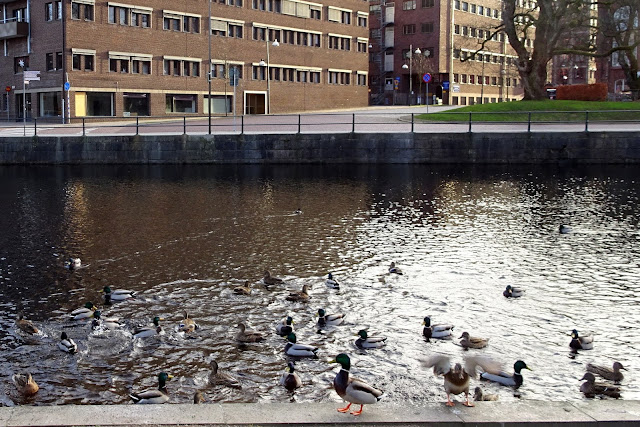 And the ducks in the river obviously don't care about any rules about keeping distance.

The Good News this last weekend of 2020 is that the first dosages of vaccine have started arriving. The first corona vaccinations in Sweden have been given today to elderly people living in care homes. Hopefully we'll see the situation gradually improving during 2021.

Posted by DawnTreader at 14:35