Today was cloudy, with a certain risk of rain. I decided to go for a walk before lunch, as it was more likely to rain in the afternoon. I really only had in mind a turn around the old cemetery (where I walk almost daily). But the weather turned out so pleasant (no wind, and neither too hot nor too cold) that I ended up walking  back and forth on randomly chosen paths there for quite a while; and after that also down to the riverside.

While walking randomly around the cemetery, I kept meeting another elderly lady doing the same thing. The fourth time our paths crossed, I could not help laughing and stating the obvious: "So we meet again!" She laughed too, and we exchanged a few words about it being a pleasant place to walk in, and we both lived nearby (she pointing in one direction and I in another). Then we continued each on her own way. Normally, stopping to talk to strangers is not really a habit of mine (and I suspect not of hers either) - but the way we kept meeting, it just seemed ridiculous to keep looking away every time! 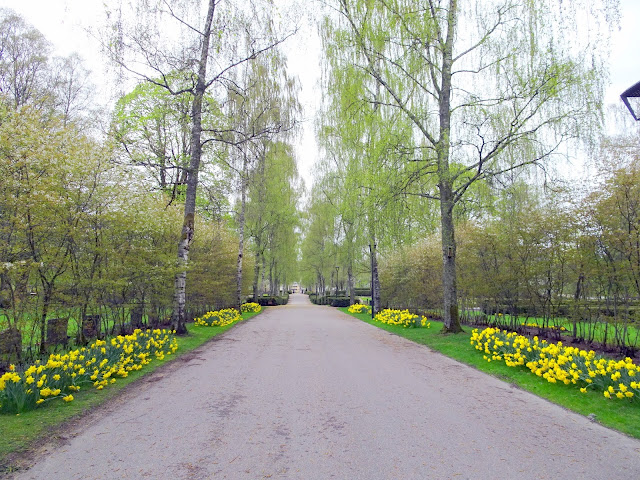 The flowerbeds of daffodils lining the birch tree avenue through the middle of the cemetery are still gorgeous. 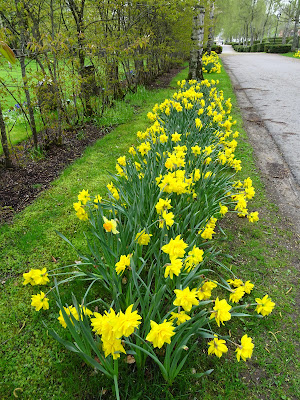 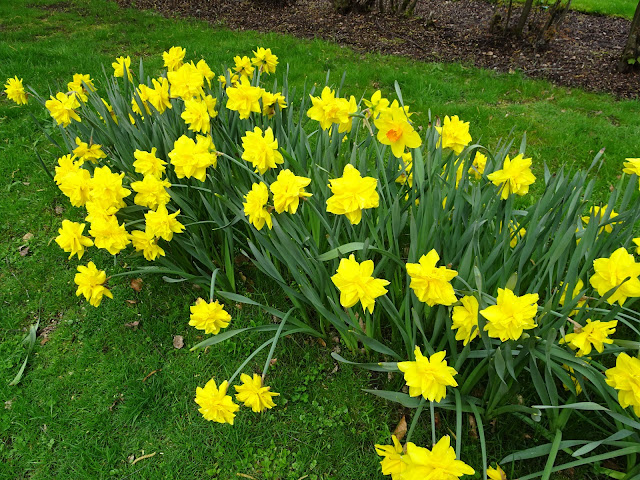 This (above) reminded me of all the "spot the one that is different" challenges that seem to be eternally circulating on Facebook (like one A among rows of X:s) - often claiming that only 3% of the world's population will be able to find it within so-and-so many seconds. Astonishingly, most of my friends seem to belong to that world elite of geniuses (and sometimes even I) - so I don't think I have to explain this line of thought any further! 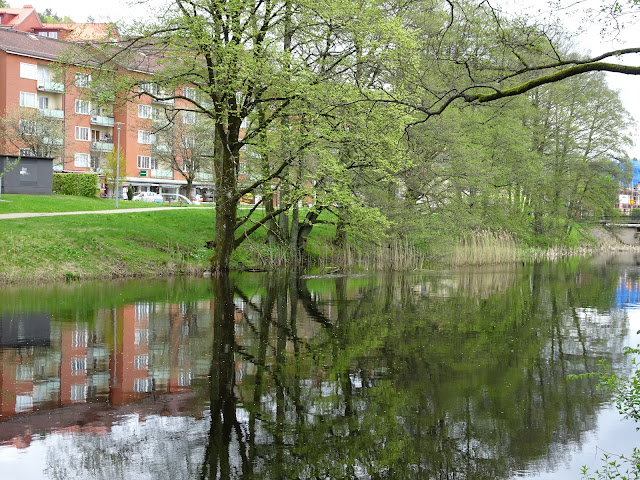 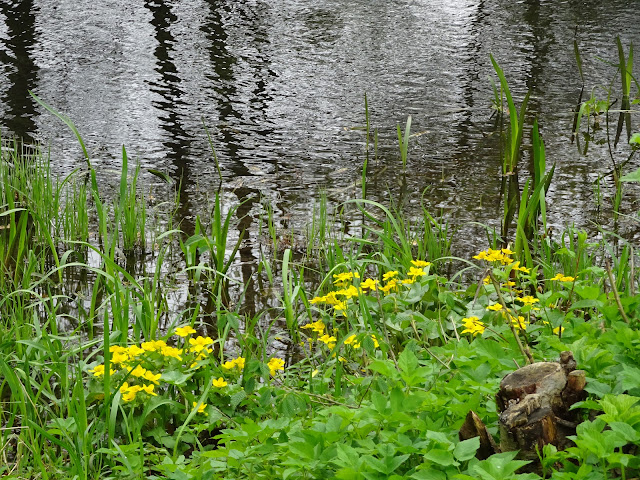 Marsh marigolds, I think (zoomed in with the camera). 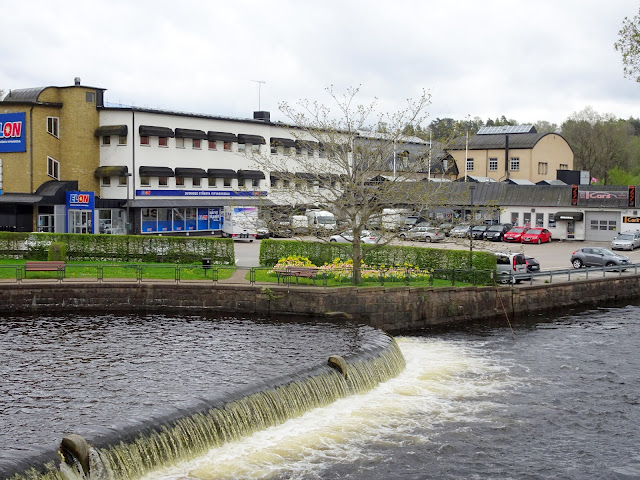 From the bridge, across the river and dam/waterfall, I also spotted some flowerbeds in bloom in the little park... That seemed worth exploring a bit closer! 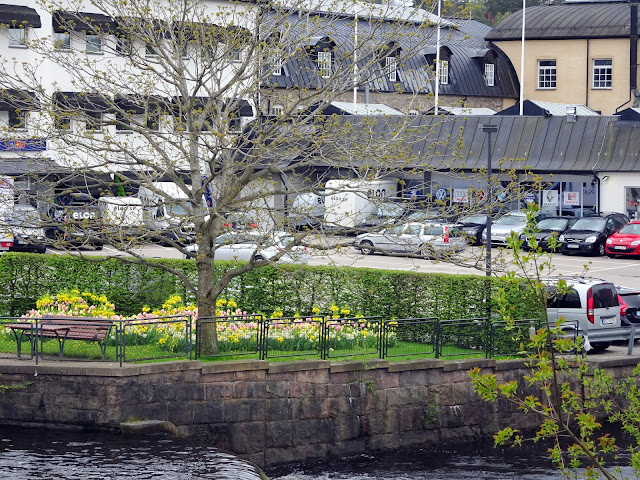 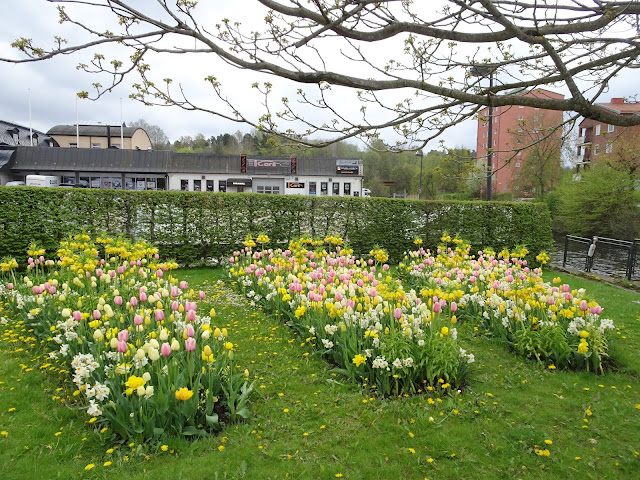 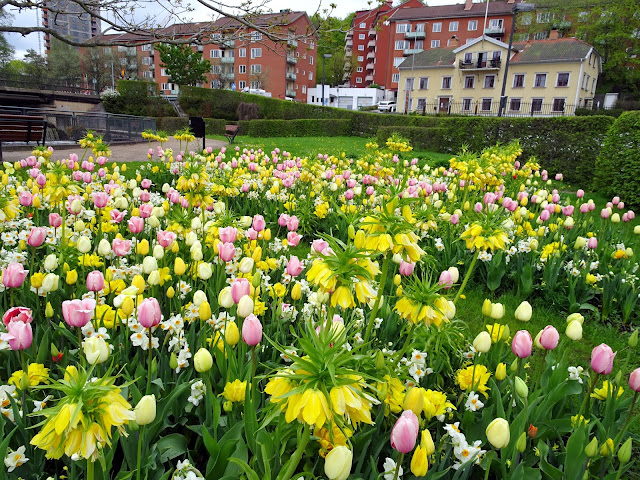 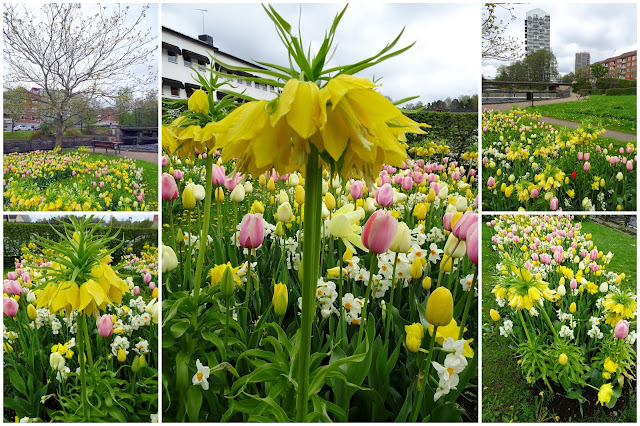 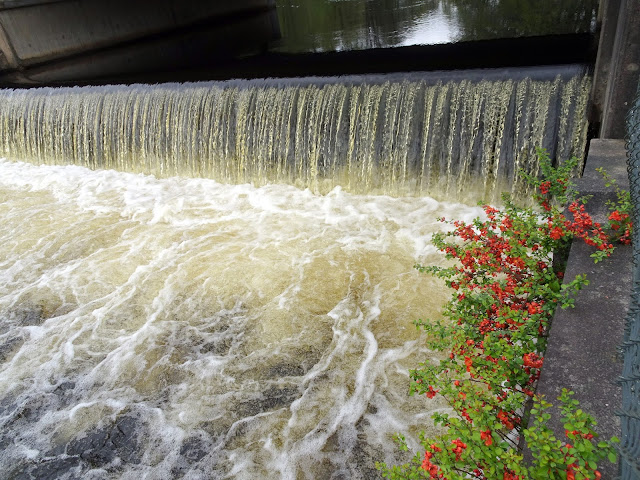 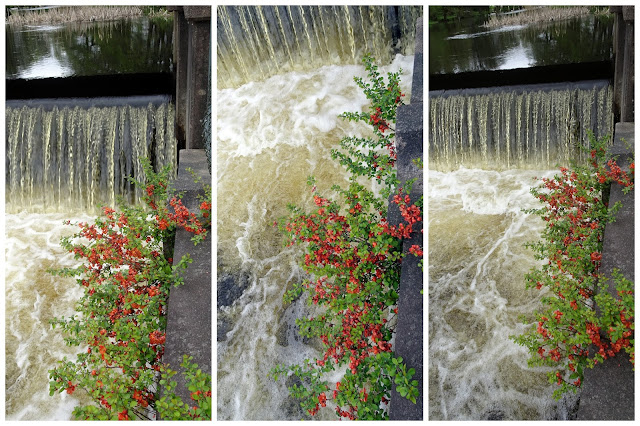 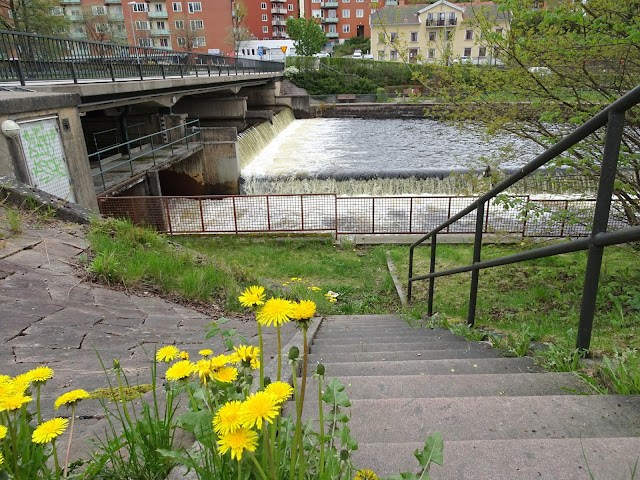 The dandelions are in bloom, too.