Escape to the Country

This week so far has offered more pleasant summer weather than last week (which was too hot). More like Swedish Summer "should" be! (I think most people would agree, although how often it actually occurs, I would not dare say...) I.e. it has still been sunny and "warm enough", but no longer extremely hot. (This also means that the indoors temperature in my flat has gradually gone down to more normal as well - phew.)

Yesterday, I went on my first proper outing since my 2nd vaccination: I took the bus out to the lake and beach just north of the city. (Last summer, with the corona situation then, and no vaccine yet, I avoided the buses and hence got no further than my own feet would take me; which has pretty much just been to the city centre and back, for 1½ year...)

The bus to the lake (weekday afternoons) passes by my nearest bus stop and takes me out there in 15-20 minutes. 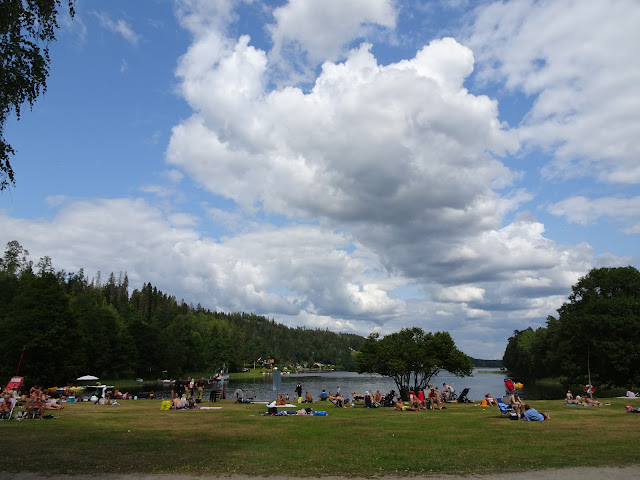 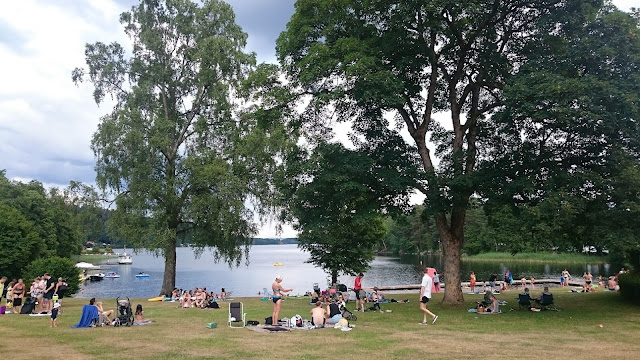 I'm not really a "beach person" though, and especially not in a crowd; so I usually spend most of my time there (a couple of hours) going for a stroll away from the beach, and seeking shadow. I like to follow a small dirt road with the river on one side and an allotment area with small cabins on the other; and perhaps sit down for a while on bench and look at small boats passing on the river. 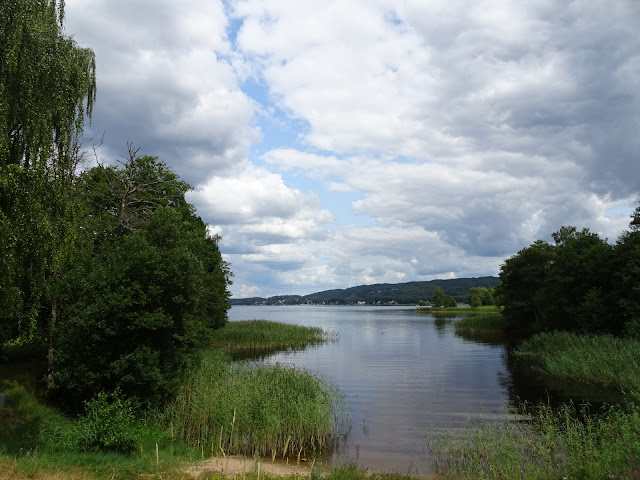 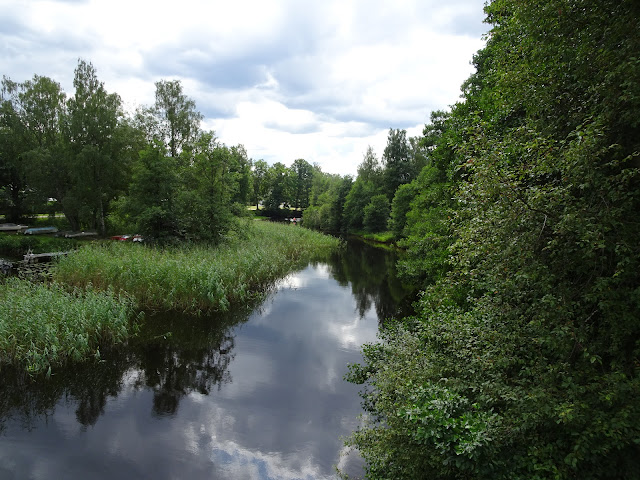 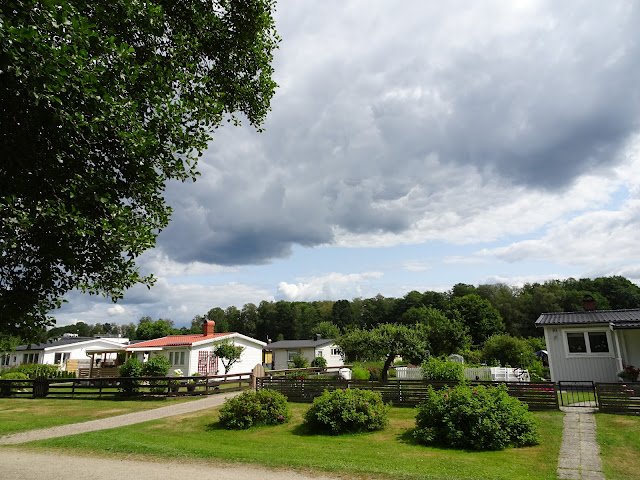 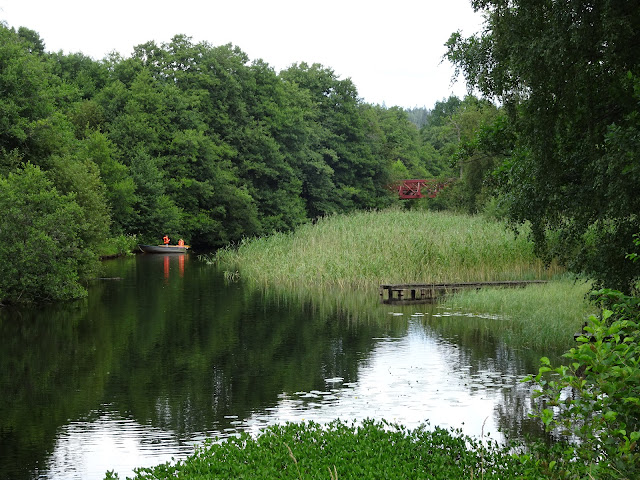 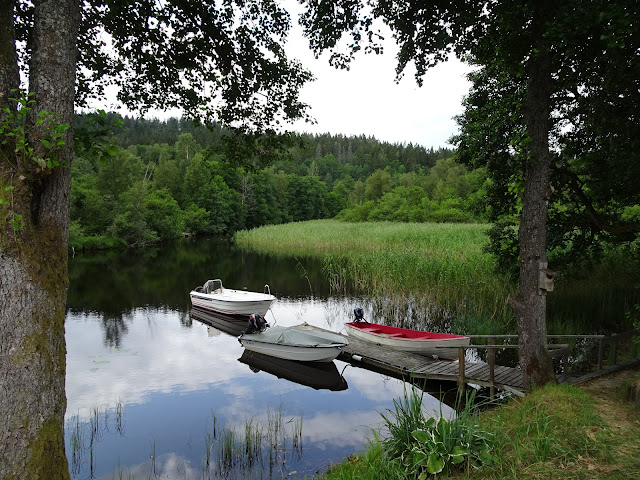 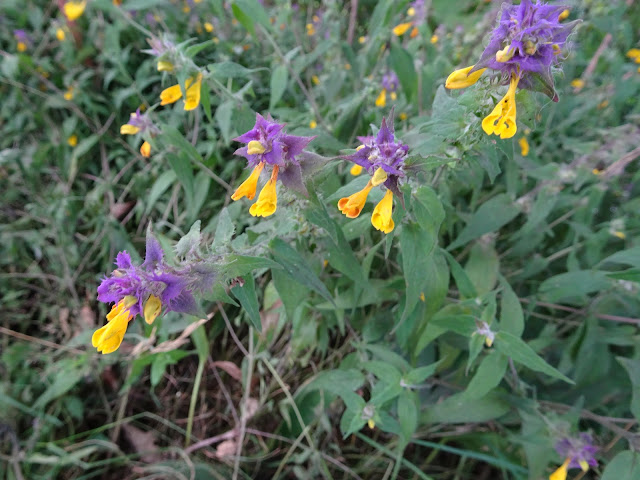 One of my favourite wild flowers grows here, along the river. In Swedish it's called Natt-och-dag i.e. Night-and-day. The Latin name is Melampyrum nemorosum (had to look that up again). I call it a favourite because I think I've only ever seen it at this lake - which is the same lake that is close to where my grandparents lived in my childhood, and my parents in their retirement years. (It's a rather large oblong lake and our house was close the northern end of it, while this beach that is easier for me to visit now is at the southern end.) 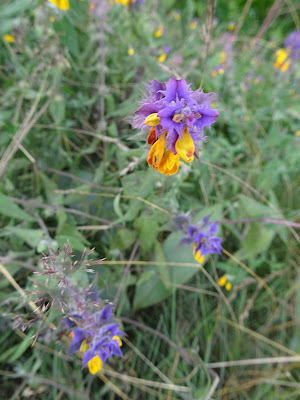 Sticking out into the lake, there is also a point of land with more woodland character, with tall pine trees and birches  - also reminding of the nature at the northern end. 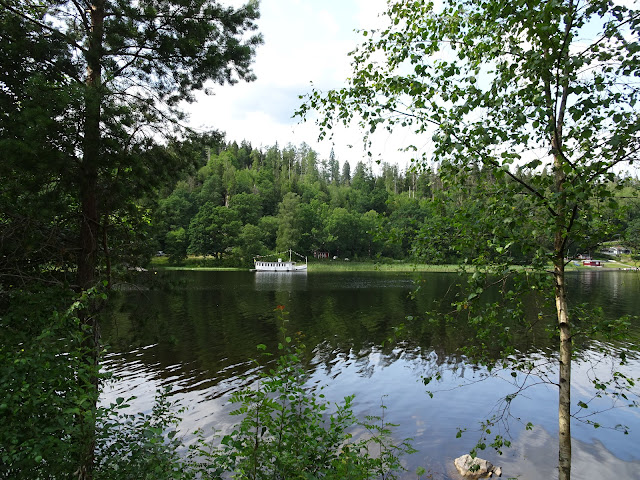 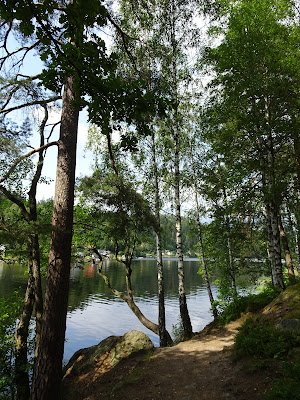 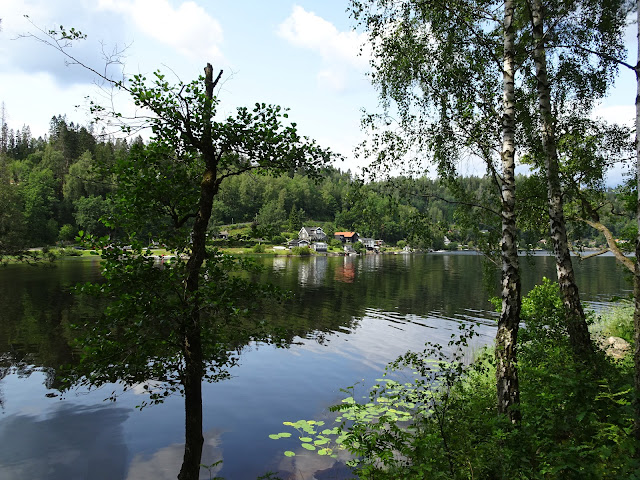 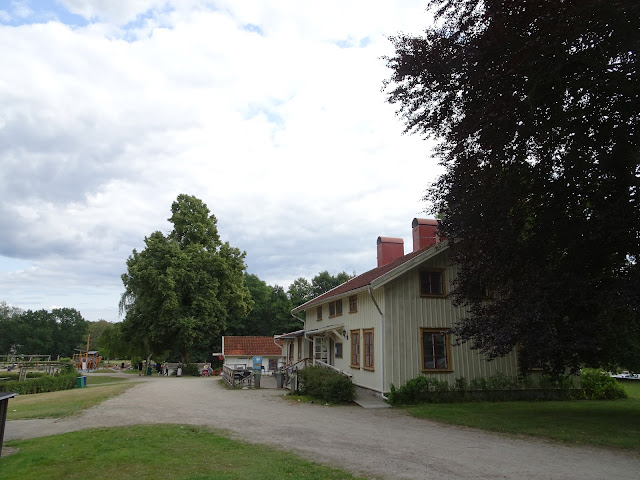 Back at the beach, it's always nice to finish off with an ice cream at the café. In the most busy season/hours there is also a separate ice cream stall open. (The building in front of the picture is the café; the small one in the background is the ice cream stall.) 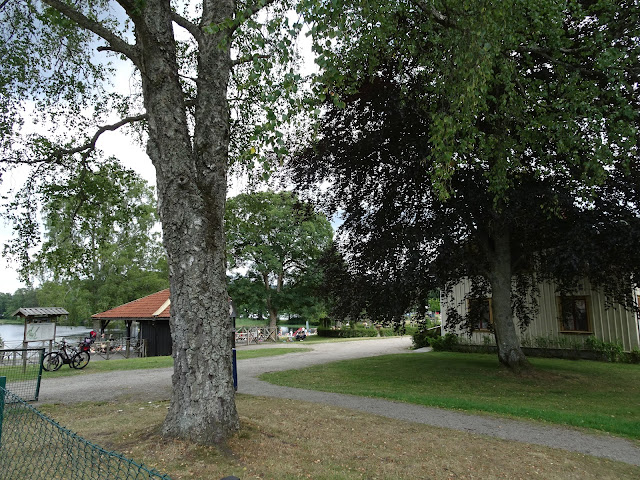 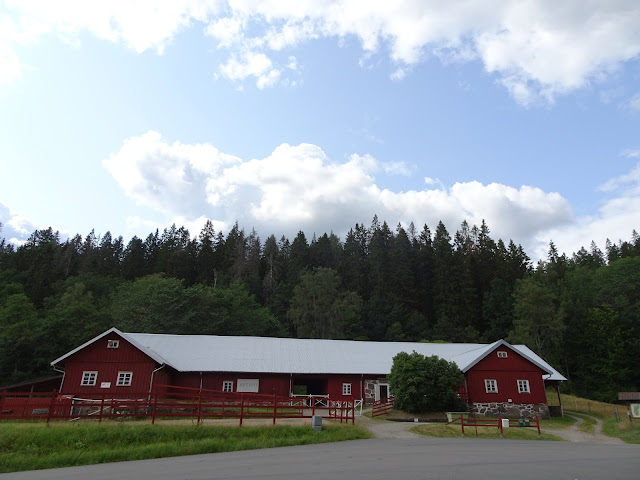 Barn across the road from the bus stop. (Nowadays home to a company of some kind.)

I stayed two hours at the lake, and the whole outing was only about three hours. Still felt like a mini holiday to a different world, after all the restrictions of the past 1½ years!

PS. (related to my previous post) Back on Monday, I walked into town and bought myself a "mini air cooler". It's not air condition, and it does not have the capacity to cool off my whole flat. But it's small and light and easily portable (and it was cheap). It uses water to increase the effect a little bit compared to an ordinary fan. It's not the kind of fan you leave on all day, but I'm thinking it may at least help to cool me off a bit temporarily now and then when it's too hot indoors. (Not really tested yet as the temperature has gone down anyway this week.) 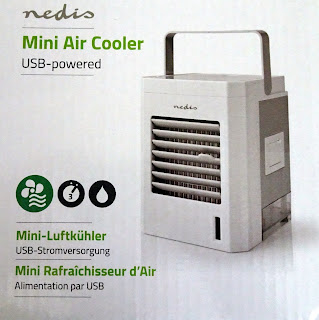 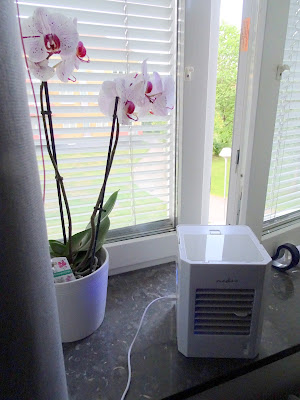 Sitting on the window sill in my bedroom - quite close to the foot of my bed...

Posted by DawnTreader at 12:42