Recently (in a post entitled Silence is Golden) I sighed a little over noisy neighbours. Disturbances in the form of loud music seem to have been increasing lately, and become both louder and more long-lasting. It’s not easy to determine exactly where it’s coming from, though. Straight above, or one of the flats in the next (wall-to-wall) entrance? Lately I have been leaning towards the flat upstairs; as silence sometimes seemed to coincide with one of its inhabitants leaving the building.

Today was another Noisy Day – loud music starting already at 9 a.m., which is unusually early. It was like waking up into a nightmare rather than out of one. 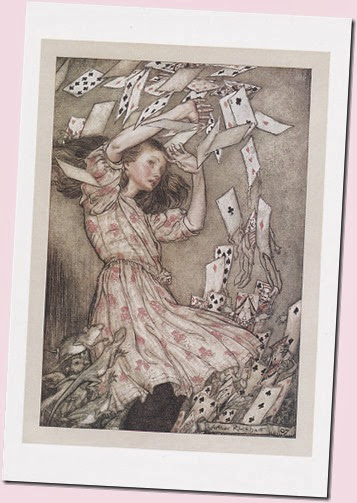 It kept me on edge (not quite non-stop, but more on than off) past lunchtime. After lunch I went out. When I got back an hour or so later all was quiet – for about ten minutes. Then it started again.

I finally decided enough was enough; if it was coming from upstairs, I had to ask them if they had any idea how much the music actually penetrates through the walls to the neighbours. (I’ve been hesitant to ask before, for various reasons. For one thing, I don’t like to go visiting in my dressing-gown when not sure who will be answering the door.)

As you may already have guessed from the title, it turned out that the noise-maker today was not the neighbour upstairs.  Probably not most of the other times either. It pretty much stood clear as soon as she opened the door, that this neighbour was having the same problem as I. So instead of an argument, I ended up having a cup of tea and a chat in her kitchen, getting to know each other a little bit. And so at least something good came out of the day, even if the noise continued for several hours more. (Just now it’s quiet; although I’m not sure I dare write that, fearing a jinx!)

One of the things I learned (besides Never to Assume) was that besides a son (my former prime suspect), there is also a teen daughter in the household. How I can have been missing that fact for years is beyond me. But it does provide an alternative explanation to the clusters of young girls sometimes clattering up and down the stairs… 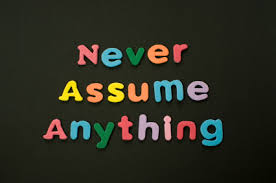