That’s A Lot of Postcards 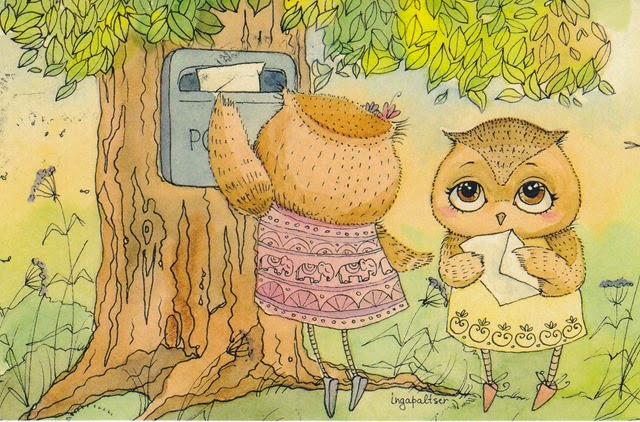 I’m still writing and receiving a lot of postcrossing cards, and enjoying it. Having been involved in this for about ten months, I’m coming close to 200 cards exchanged any day now (not including private swaps).

I still have enough inherited stamps to keep me going for a good while yet, I think! My “problem” is finding a good variety of local or “typically Swedish” cards to send. I realise this is mostly my problem though - as all the postcrossing cards go to different recipients all over the world, it wouldn’t really matter much if I just bought a hundred of copies of the same card and sent the same one to everyone. (Especially since Sweden is a small country with few postcrossers.)

So it’s really mostly for my own sake that I like a bit of variety – and get quite happy if the recipient in his/her profile states that they prefer something different than a typical tourist view!

The thing is that the number of tourist view postcards to be found in the local shops is rather limited. And to find views of other towns than my own, it seems I would have to go to each of those places to buy them. And since I never go anywhere (well, not lately, anyway!), and since most postcrossers don’t want home-made cards, I’m pretty much stuck with a limited number of views of Borås, and a few odd elks and cows: 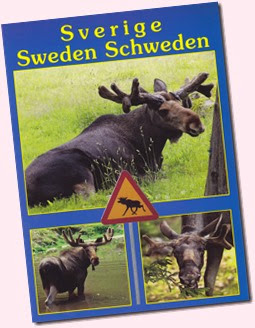 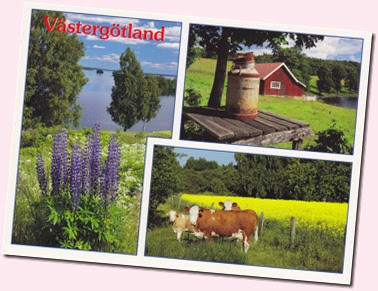 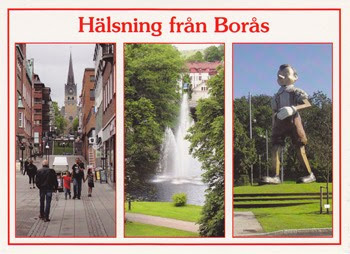 (Sometimes one has to, for literary purpose, right?)
However, I did notice the other day that my stock of elks, cows and local greetings was running low. So when next in town, I popped into the bookshop to see what they had to offer in that department. I did find a few different ones that might look exotic enough (at least to people living in far-off countries that I myself find exotic) and decided to buy a few of each.

Behind the counter stood a young man. I put down my bunch of cards (twenty) in front of him. He took up the cards, started to spread them out to count them, and then kind of just stopped in the movement, stared at me and said: “That’s a lot of postcards!”

“Twenty,” said I. Without going into the whole story  of Postcrossing, which might have made me miss my bus.

“Twenty,” said he (except we both spoke Swedish, of course) and entered the number into the cash register without any further checking. Evidently he was in shock.

For all I know, he might just now be writing a blog post about the woman who came into the shop today and bought twenty (20!) postcards. In the bleak month of March; and she was not even a foreign tourist!

Posted by DawnTreader at 21:39