Deb at Booking Through Thursday wants to know:
”Why do YOU read fiction?” 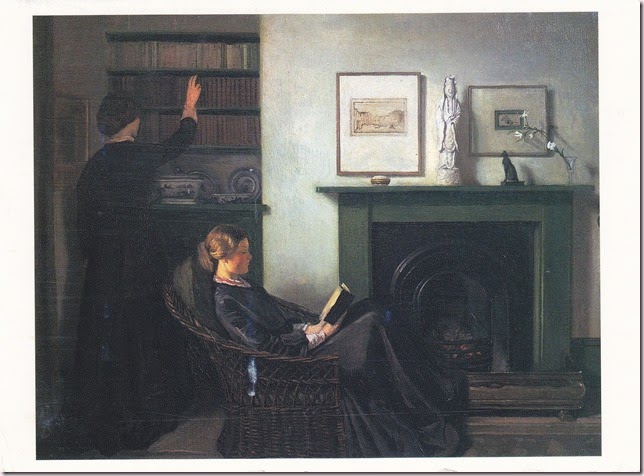 The Browning Readers (1900) by Sir William Rothenstein (1872-1945)
Oil on canvas, Bradford Art Galleries and Museums.
(Postcrossing postcard recently received from the US.)

I suppose one answer to why I read fiction would be simply that I always did. It’s been part of my life since the Beginning. Before I could read myself, my mother read to me. There was no television in my first years of life, back in the 1950s. There were books, and there was the radio (two channels), and that was that.

When I learned to read, I continued to read books on my own; and besides school books, it was mostly fiction (mum and I frequently visited the library). I never questioned the “point” of reading fiction. But looking back, I think I’d say that fiction serves a double purpose: You can “escape” from your physical surroundings into a novel, but still keep learning things that apply to real life at the same time. 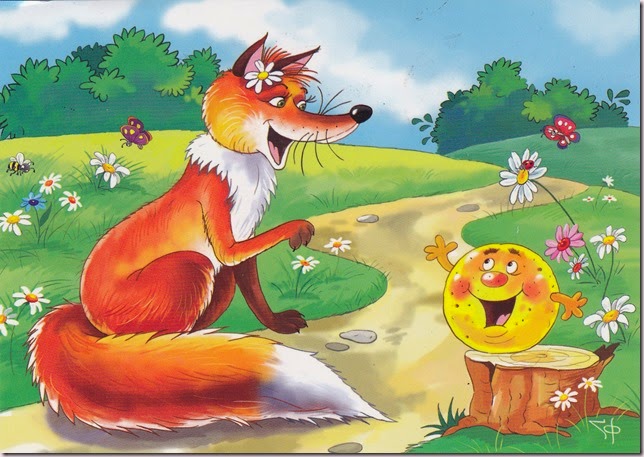 Today I received this postcard from Russia. The illustration belongs to a Russian folk tale, “Kolobok”. This did not mean anything to me until I looked it up in Wikipedia:

The Kolobok, (traditional Russian and Ukrainian pie/ small bread), suddenly becomes animated and escapes from "babushka" and "dedushka"s (old wife and man) home. The fairy tale's plot describes Kolobok's repetitive meetings with various animals (rabbit, wolf, and bear) who intend to eat it, but Kolobok cunningly escapes. With each animal Kolobok sings a song in which he explains his escape deductively: "I got away from Grandmother, I got away from Grandfather, and I will certainly get away from you". The fox manages to catch and eat Kolobok through distracting him by praising his singing.

This struck me as slightly familiar – and yet not quite… I read on, and realised why. In Scandinavian tradition there is a very similar story about a Pancake – but it’s a pig that finally eats it. And in other European countries there are other varieties still of the same tale.

Fascinating, isn’t it, how folk tales were memorised and kept alive even before they were written down.

Incidentally, from Wikipedia I also learn that nowadays the word kolobok is also used for the yellow smiley emoticons frequently used in internet communication:

Posted by DawnTreader at 19:46