Yesterday I went for another walk to the Textile Fashion Center, with the special purpose to pick up some Misinformation.

For the duration of this summer’s Sculpture Biennial, in the entrance hall of the Fashion Center, just opposite the genuine information desk, you will also find a Falskkiosk (Fake Kiosk). 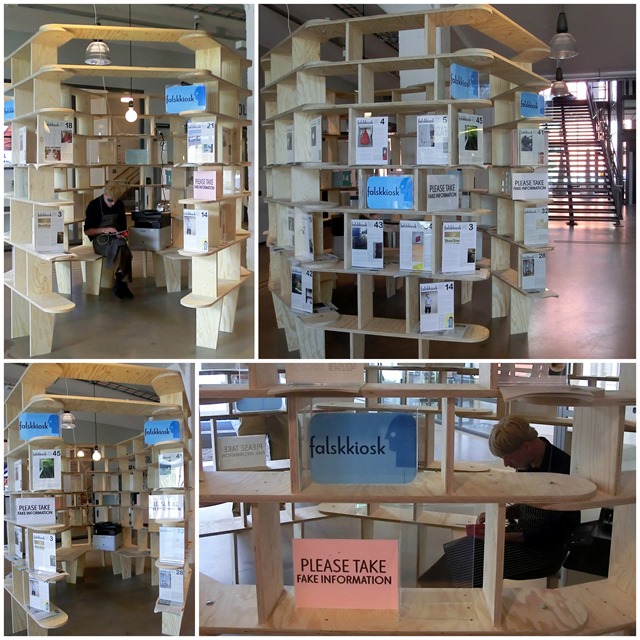 During the opening week, inside the Falskkiosk, you would (most of the time) find the artist Momus, also known as Nicholas Currie. 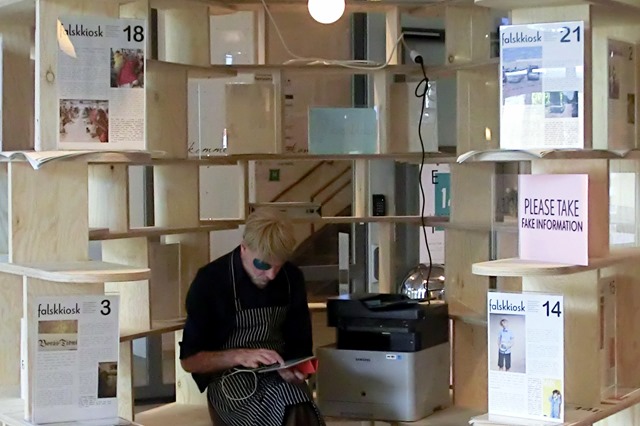 When not talking to people, he was writing a series of ‘newsletters’ to be left in the kiosk for future visitors to read. They are all entitled “Official misinformation service of the Borås International Sculpture Biennial 2014.”

Going back this week, I found he had left a series of 45 different letters behind. I think I’ve now managed to collect them all – but I have not yet read them all. Some of them seem to be quite a clever mix of facts, fiction and philosophy, though. 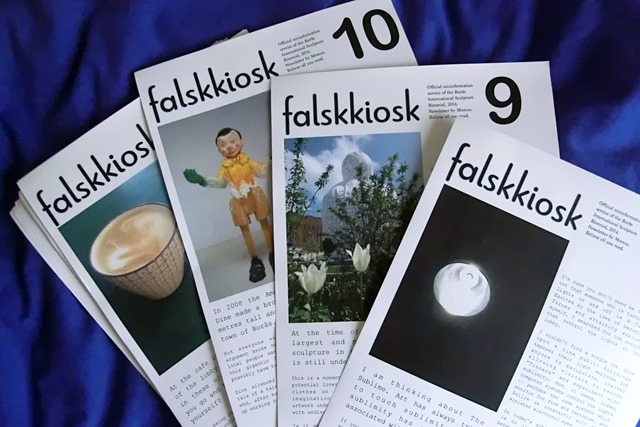 For example, in one of them he writes:

I once wrote a book full of lies about Scotland. On the cover was the motto: EVERY LIE CREATES THE PARALLELL WORLD IN WHICH IT IS TRUE.