Of Rain and Tiny Creatures 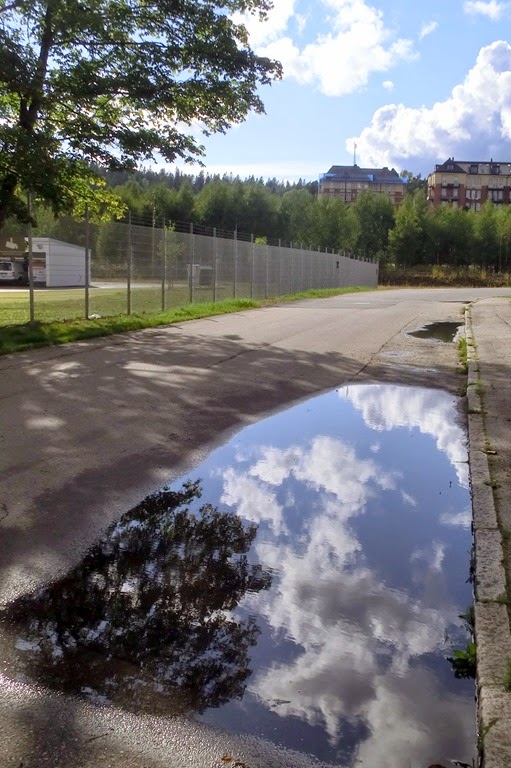 It’s been raining quite a lot over the past week, but on Friday afternoon I managed to get out for a while in a break between the clouds. 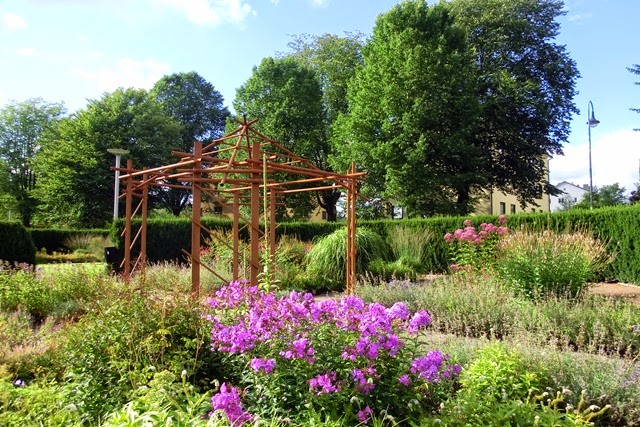 I’ve not seen a lot of butterflies this summer – but come to think of it, it’s not until August and early September that I usually do see them in this park. And the weather has to be sunny! 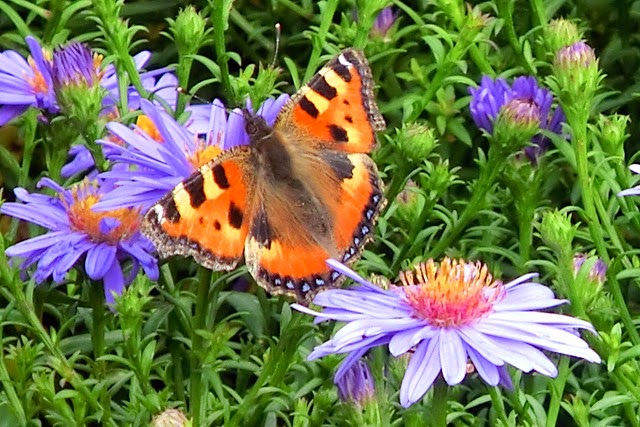 Anyway, this Friday I saw two different ones: Besides the Small Tortoiseshell (above) also a Red Admiral, who preferred not to let himself be photographed. 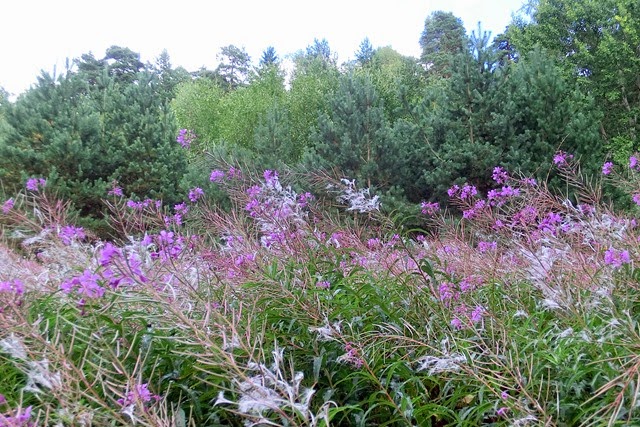 The Willowherb flowers are growing old… … and the Rowan berries are getting red, already.

Another day recently I saw another little creature that did not let me take its photograph, so you will have to take my word for it. It was when I was crossing a street  near where I live that I saw something very small scuttle out in front of my feet, then stop and freeze. Really, it was so small that at first I thought it was a large beetle. But when I bent down to have a look, it turned out to be a teeny-weeny mouse. Truly, it cannot have been been more than 40-50 mm + tail. There was a car coming and I did not want to see the wee thing get run over… I tried to to get it to climb onto a piece of paper I had in my handbag… It wouldn’t though, so the best I could do was just “shoo” it back into the high grass at the roadside (out of which it had come)… And once I got it moving in the right direction, it disappeared very quickly - leaving me wondering what on earth it was I’d seen. Browsing the internet, I can’t find that there are supposed to be any pygmy mice in Sweden! So I can only assume it must have been a very young wood mouse.

Below is a postcard I got a while back from John in England – but on the back it says Printed in Sweden! (so I assume the artist may be Swedish as well) 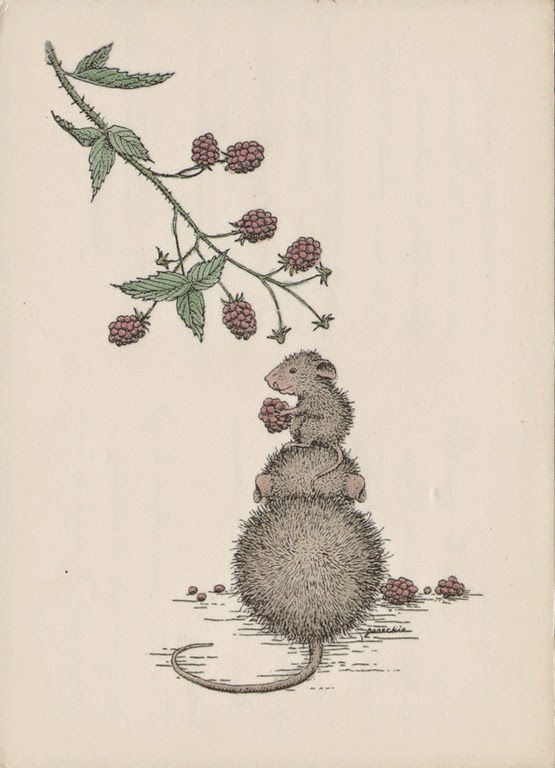 Posted by DawnTreader at 18:32