Back on 22nd July, my brother and I took a little countryside detour, and stopped at two rather typical Swedish countryside churches. 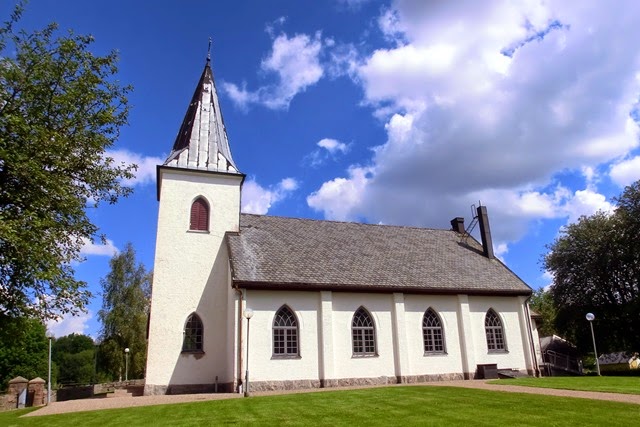 Målsryd is a small locality with about 900 inhabitants.
The church at Målsryd is one of five belonging to a bigger parish. This one was built in 1915 and is said to be the last church in Sweden built in Neo-Gothic style. Below is the same church seen from the other side: 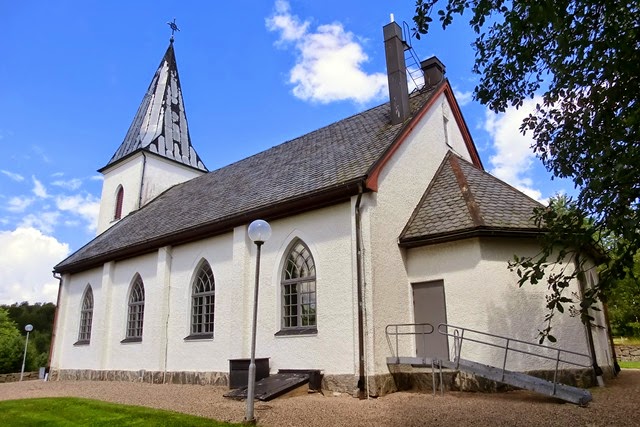 There is no graveyard at this church and we wondered a bit about that; but my guess is that they probably use the graveyard at the main church of the parish:

Toarp church at Dalsjöfors; which is a bigger locality in the district, with about 3400 inhabitants. 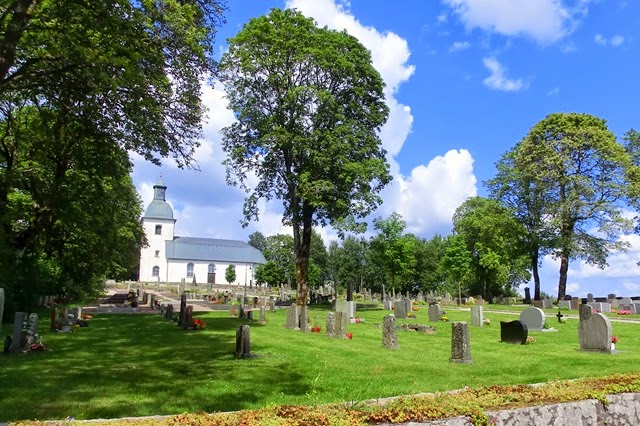 The Toarp church is situated up on a hill overlooking a large graveyard, and with a wide view of a beautiful surrounding landscape beyond. 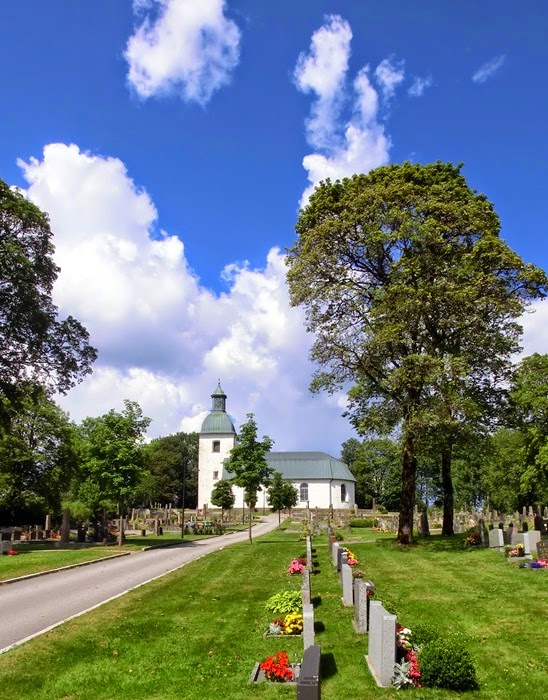 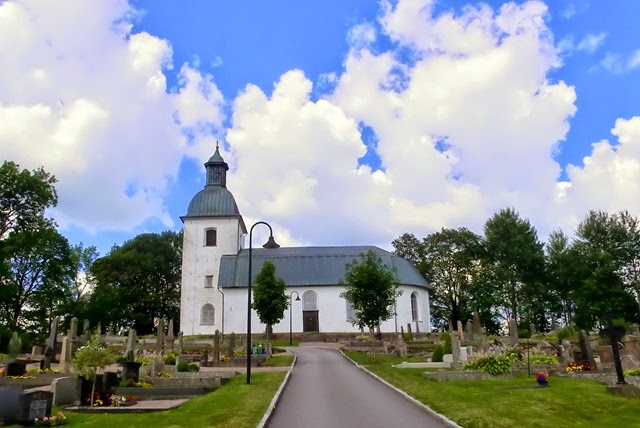 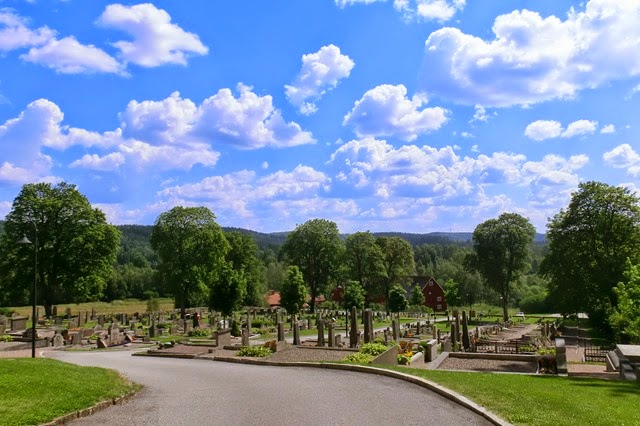 The present church is from 1783 and was built in what we call the Gustavian style (named after King Gustav III, whose reign lasted between 1771-1792). It replaced an older, medeival church in the same spot, though. 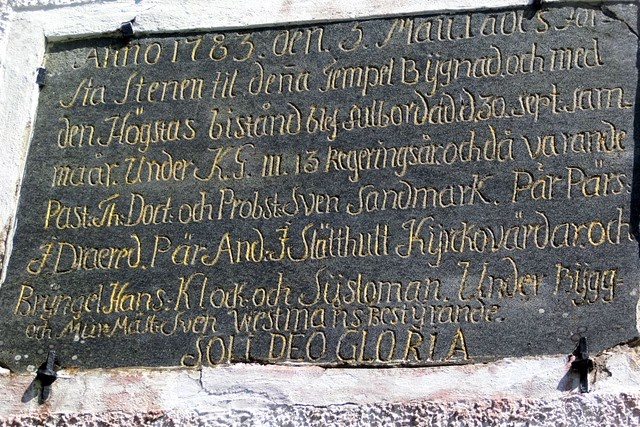 “In the year 1783, on the 3rd of March, was laid the first stone to this Temple Building, and with the help of the Almighty it was completed on the 30th Sept the same year, in the 13th year of the reign of King Gustav III. Dean at the time was the Reverend and Doctor of Theology Sven Sandmark, Church Wardens Pär Pärs(son) in Drared and Pär And(ersson) in Slätthult,  Sacristian Bryngel Hans, and the Master Builder and Mason Sven Westman.
SOLI DEO GLORIA – GLORY TO GOD ALONE”

Something we noticed in this graveyard that we haven’t seen elsewhere was that they seem to be collecting old headstones* in one long row along the edge, like a wall.

*For those who might wonder “why” …
There are national rules that each grave must have someone responsible for it, or else – after a certain number of years – the plot is recycled, i.e. the gravestone removed and the plot can be used for a new grave. What they do with the old headstones varies from one place to another, though. To me this seems a good alternative, as it helps preserve the history of the neighbourhood. Older headstones often give more information than modern ones as they often include a title or occupation or the name of the place where a family lived.