If I choose to walk into town past the railway station, these are some of the buildings I pass by. 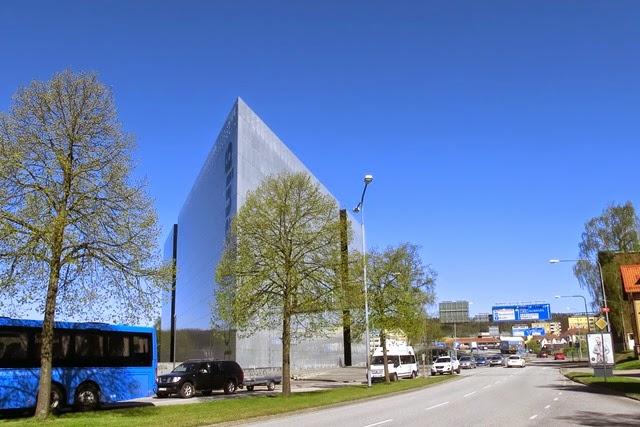 An ‘avantgarde’ triangular office building from 2010; the head office of a rapidly growing fashion company (Gina Tricot, founded in 1997). 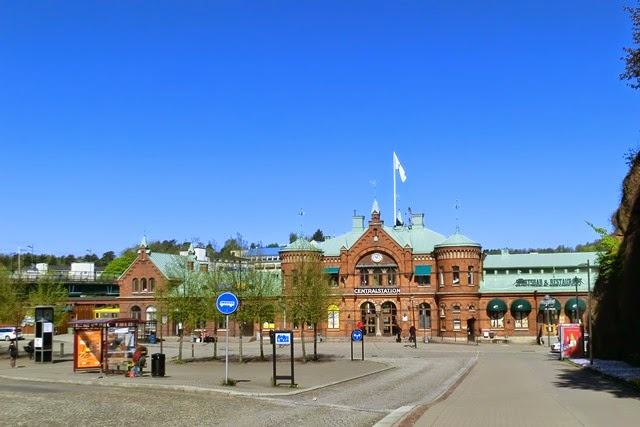 The railway station, built in 1900 (building listed as an important part of our cultural heritage). 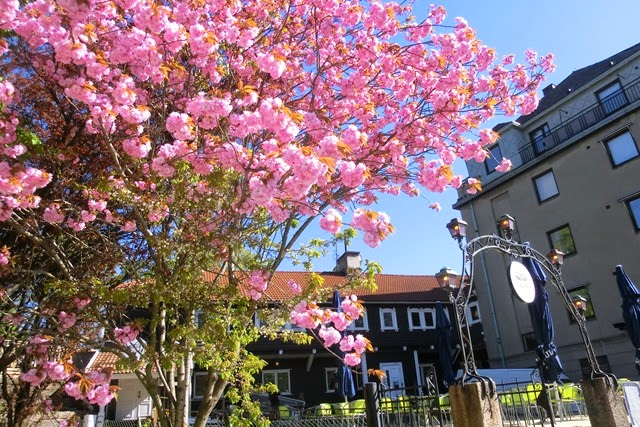 Not sure about the importance of the building in the background, but it’s one of rather few old wooden buildings in town, and is a restaurant of some kind. (It was really the tree that caught my eye now, though…) 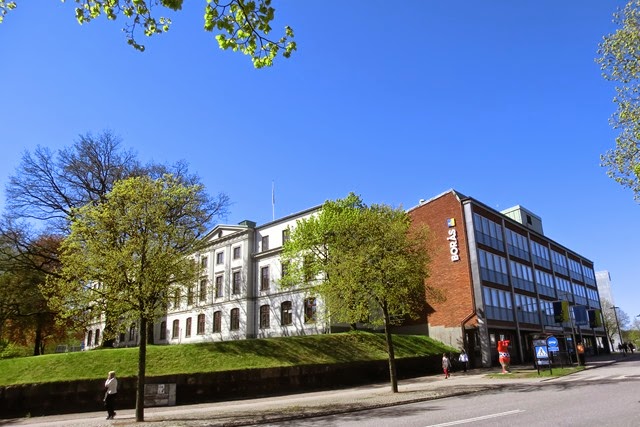 Across the street from the railway station there is an old “senior high” school for technical sciences; founded back in 1856. On the ground floor in the red brick wing, facing the station, you now also find our tourist office. 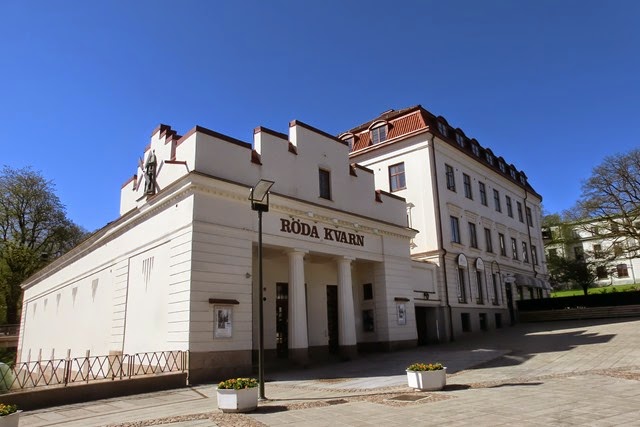 Across another street from there, we have one of the town’s first cinemas, built in 1914 – Röda kvarn (after  the famous Moulin Rouge - note the decorative wind mill on top of the wall. 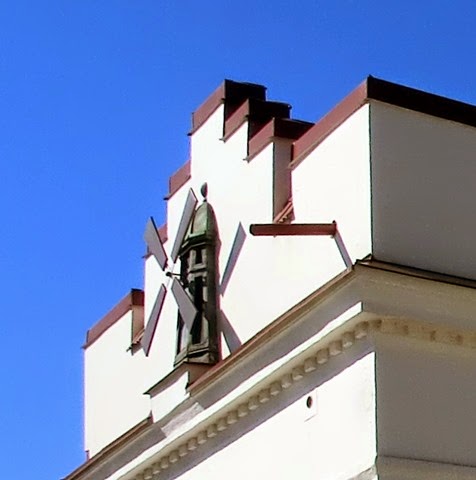 This building is also a cultural heritage listed one. It still serves as a cinema, but is now run by the town’s culture administration. They show certain classics or more ‘difficult’ or educational films etc, usually just one or two shows per film (and daytime specials for schools sometimes). 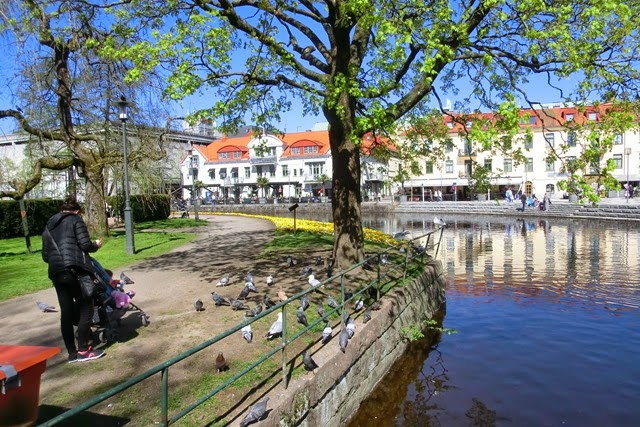 The town centre this weekend was full of market stalls for the spring market, which I’ll save for a later post.  So let’s just sneak around all that for now and just have a look at some of the views along the river which I took from the town park while waiting to take a bus home. 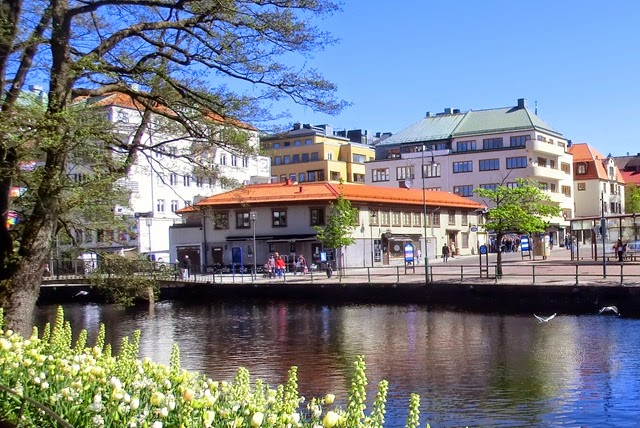 View from the park across to the South Square, where most of our bus lines meet. It is surrounded on three sides by low old wooden buildings (and on the fourth side by the river). 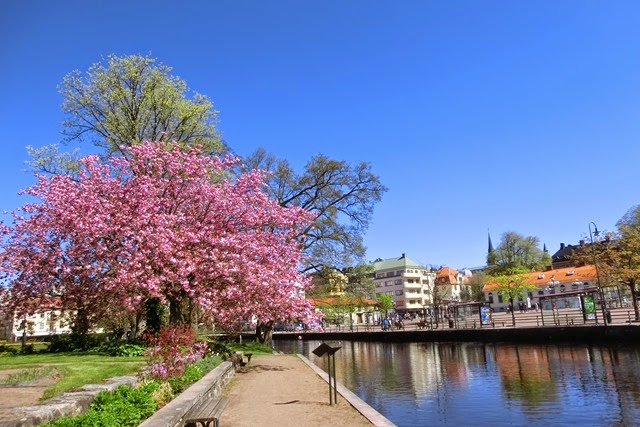 Posted by DawnTreader at 18:30