One day about a month ago, I went for a walk to seek out one of the more out-of-the-way street art murals. This litte adventure also led me through an obscure part a of town that I, not having a car, very rarely visit: A huge parking area under the motorway. 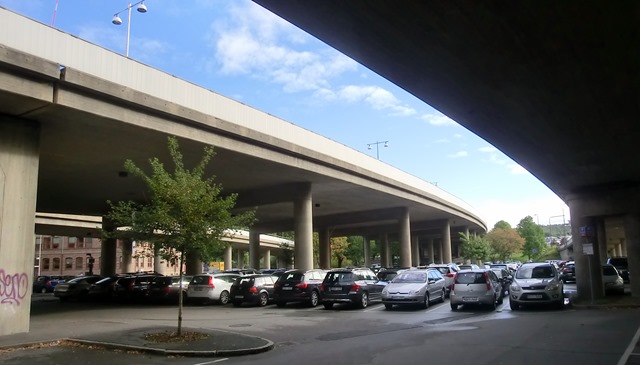 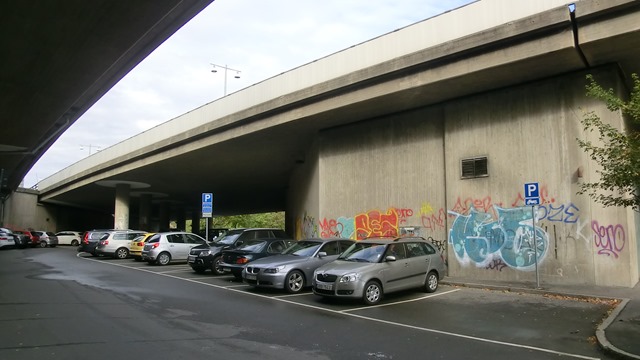 Amateur graffitti - not encouraged by the Town.
But of course we have that kind too! 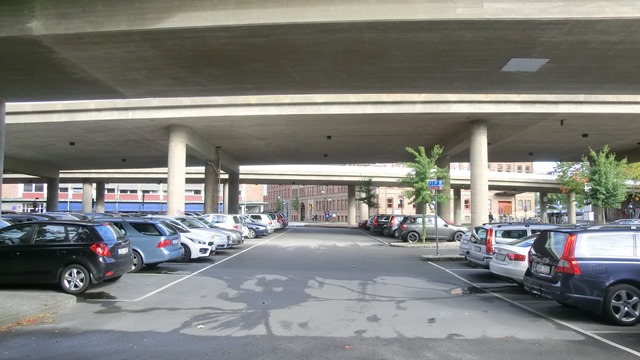 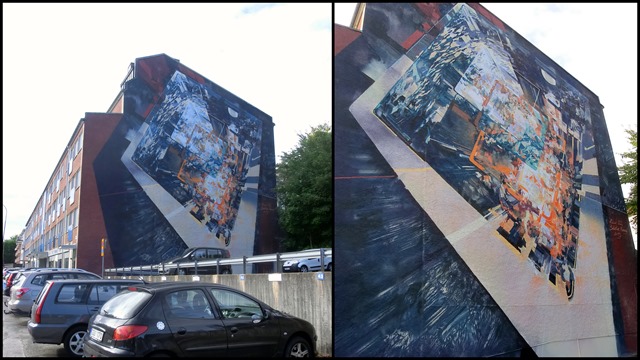 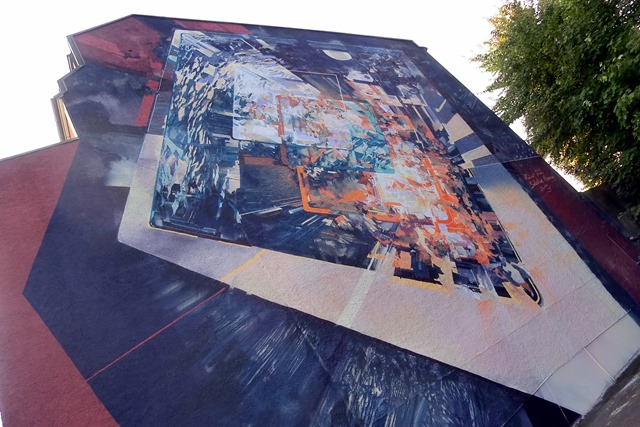 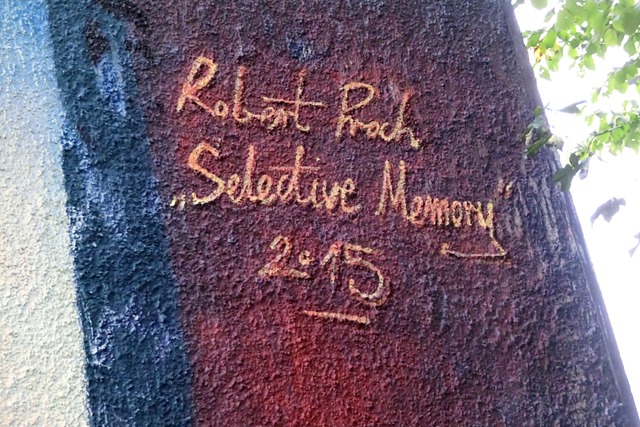 While looking at these photos, there are lots of thoughts crossing my mind - not really related to the photos, and yet this theme seems to underline them.

It has been a sad week in Sweden. I know it quickly spread to international media as well, so many of you probably already heard something about it.

On Thursday, a masked man with a sword entered a school in the town of Trollhättan. Some children that he passed by at first thought it was a Halloween prank (autumn break coming up next week). It soon turned out to be grim reality though. One teaching assistent and one student were killed, and two more injured. The police arrived quickly at the scene (only six minutes from the alarm) and the attacker was shot down. He died from the wounds later in hospital. The teaching assistent who died probably saved more students from being killed and/or injured. The police have found evidence that the attack was planned and the motive to do with racism, but that the killer was a loner rather than part of a group. (Investigations continue though.)

Together with Sweden just now being one of the countries in Europe receiving thousands of refugees every week (and some temporary housing planned for refugees also recently having been burnt to the ground), the situation has stirred up a lot of emotions and discussion.

The present socialist+green government and the four alliance opposition parties (previous government) have agreed on certain new/changed plans re how to deal with the refugee situation. (The extreme right party, the Sweden democrats, were not invited to even take part in these negotiations.)

Personally, the events at the school shook me a bit extra because it happened in my birth town, and even in the area of town where I once went to school myself at age 15. (I lived in a village outside town, but for junior high, we were bussed into town.) The school where it all happened now was not the same building, but that makes little difference. It still brings back memories. Even back in 1970, this was one of those suburb areas (then new) with quite a few problems attached. It seems to me that when a tragedy like this takes place, putting us all in a state of shock, people often react by saying things like “this could never have happened back in my day”. My memories of my school days are not all that idyllic. Yes socity has changed in many ways since then, and I’d say the general pace of things is higher now. But people are not really all that different…

We did not have computer games or cellphones back then, or even the Star Wars films (the killer wore a Darth Vader-like costume). It was also less obvious back in those days who might be a newcomer to the country (as most immigrants then came from European countries). But that does not mean that we lived in some sort of idyll free from antagonisms between groups, or free of alcohol and drug problems, psychiatric disorders or people with strange ideas (and carrying knives).

Where am I going with this? I hardly know myself… But reading/hearing various people’s comments and conclusions over the past few days, it strikes me that fear tends to spread much like random graffitti in obscure places, and that it’s really important in these situations to try and rescue some sober facts from obscurity, and paint a bigger picture to help our “selective memory”…