Just now I feel a bit like being stuck in Groundhog Day – like in the movie from 1993 with Bill Murray, about a weatherman suddenly finding himself living the same day over and over again…

The Swedish title of this movie, translated back to English, is “Monday All Week Long” (as we don’t have a Groundhog day here). As it happens, there was a rerun of this film on one of my TV channels this past weekend, and I ended up (re)watching it. And then on Monday morning I woke up to this ‘reality show’ rerun of winter: 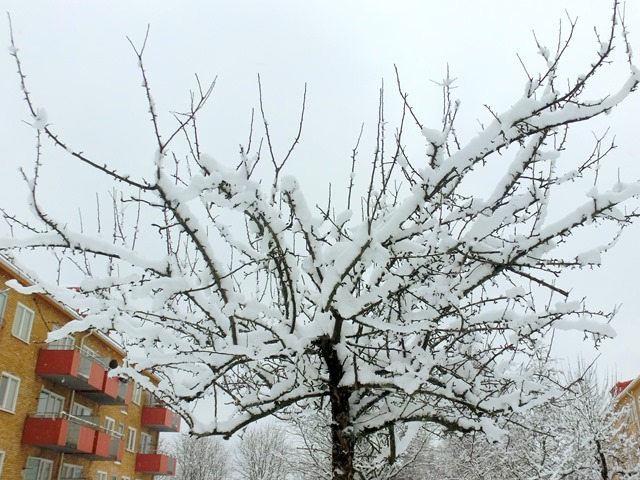 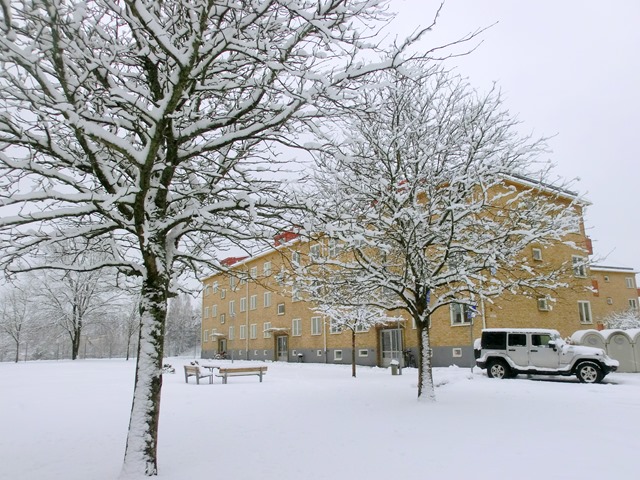 Not really what I like to see at the beginning of March! 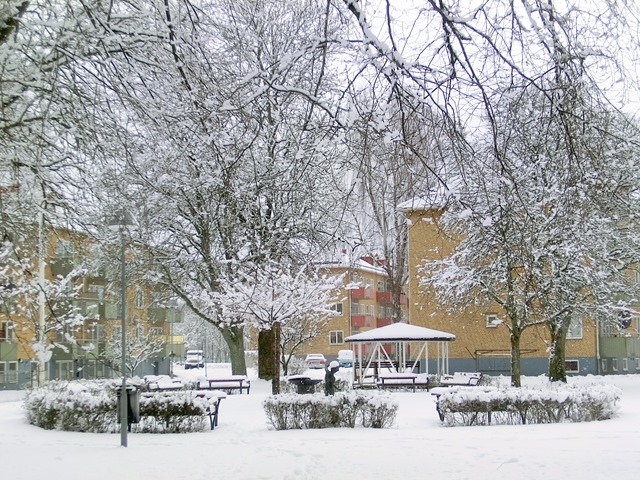 But I decided to take the camera out for one last (??) wintry walk before the snow fell off the trees again. 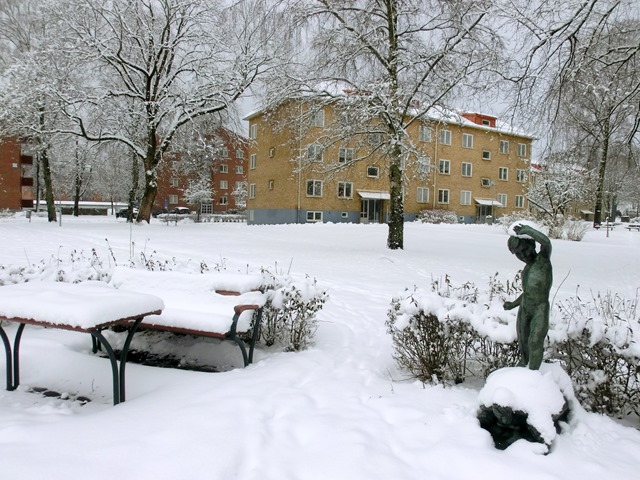 Just a short turn around “Yellow Brick Road” – my nickname for the street where I live. 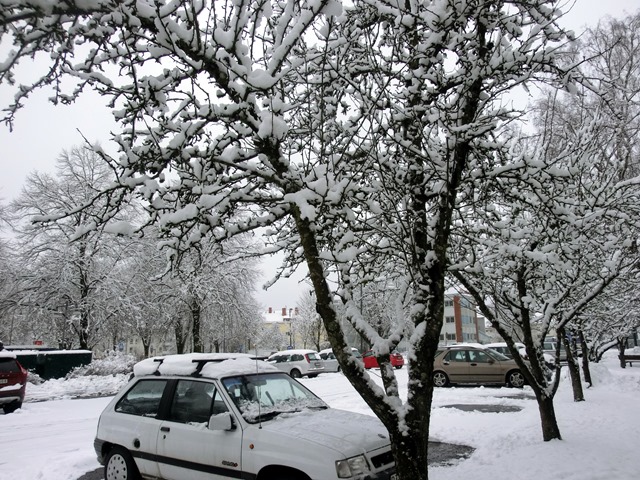 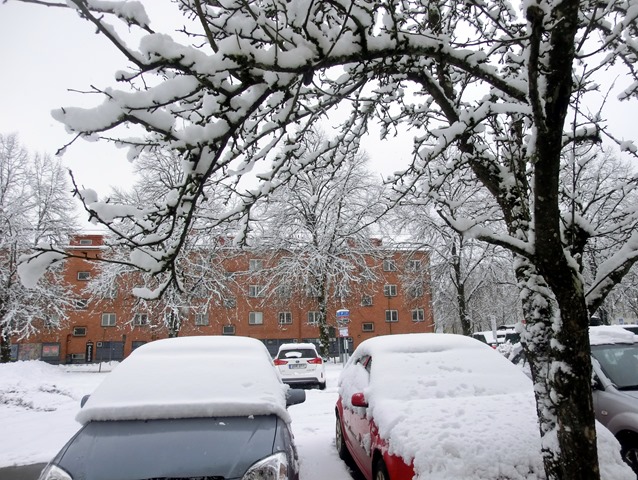 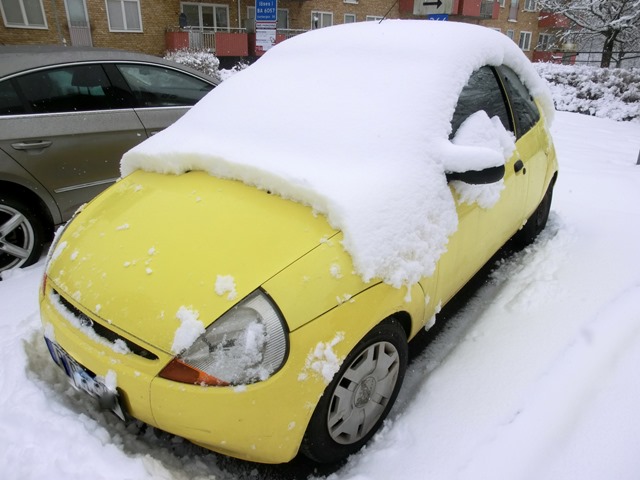 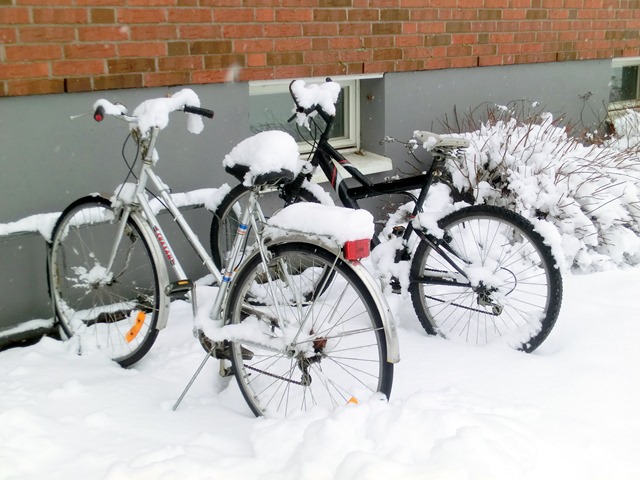 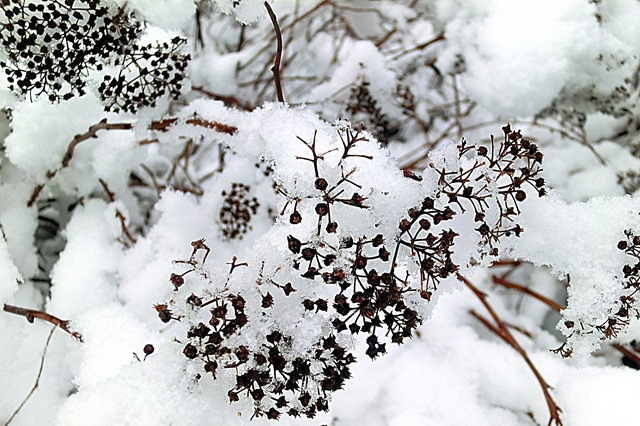 … and dropping in chunks to the ground off the tree branches… 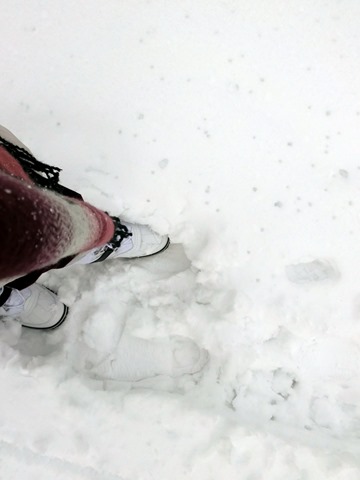 Linking to: Through My Lens & Our World Tuesday

Posted by DawnTreader at 21:04