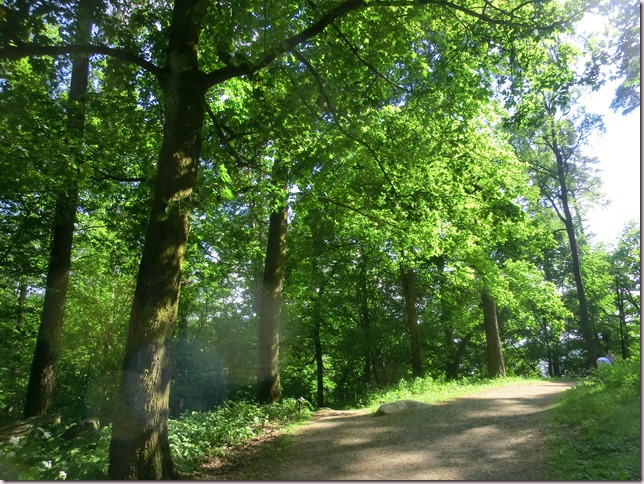 We’re having another heat wave this week, and it’s been (and still is!) too hot to spend much time at the computer.

It’s also really too hot just now to be out and about much in the afternoons; but on Monday I was, anyway. I decided to go and visit a park I don’t go to all that often (as it’s a bit out of the way for me), but which is worth some attention this time of year as they specialize in azaleas and rhododendrons. And with the heat increasing, it struck me I had probably better go ‘a.s.a.p’ if I was to catch those in their glory… 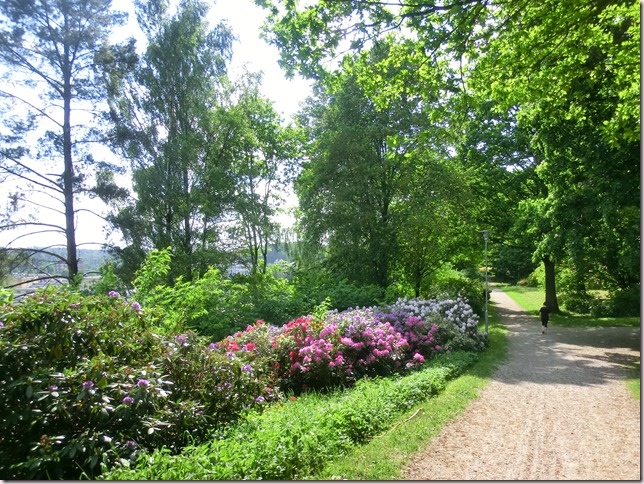 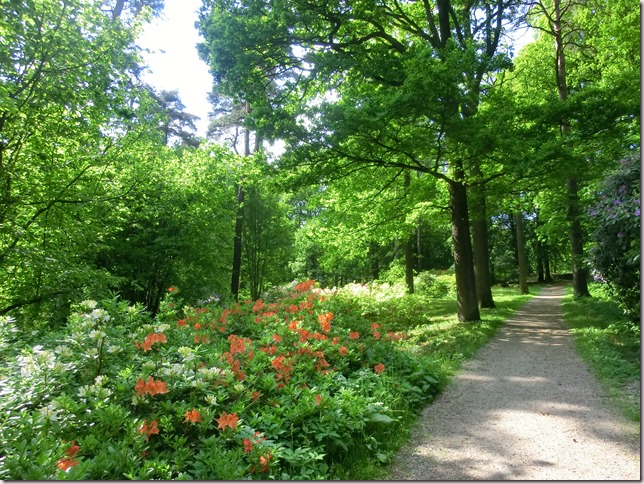 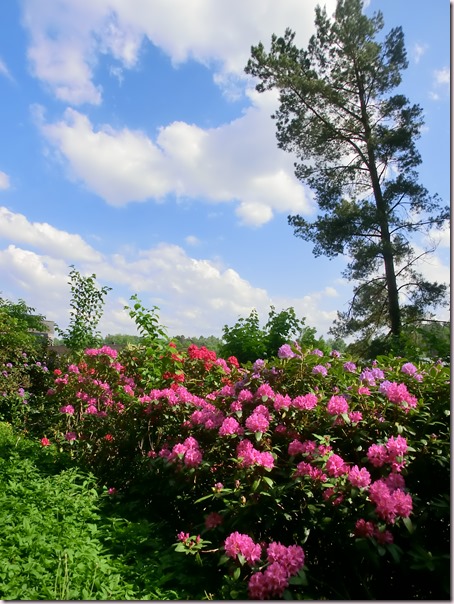 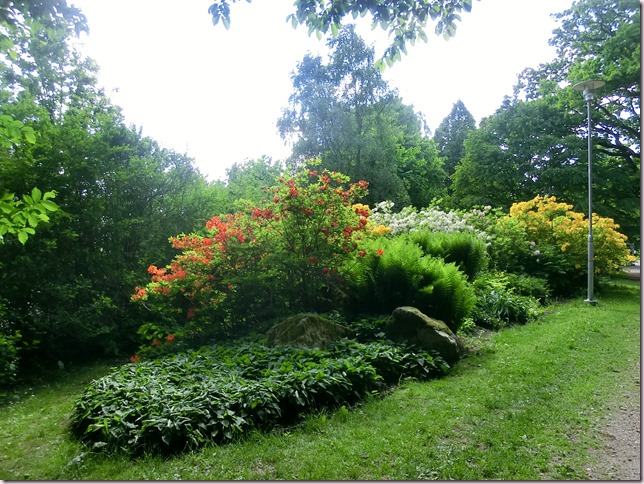 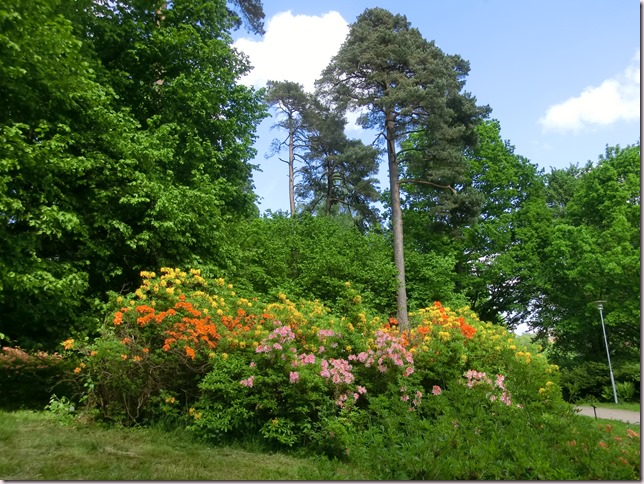 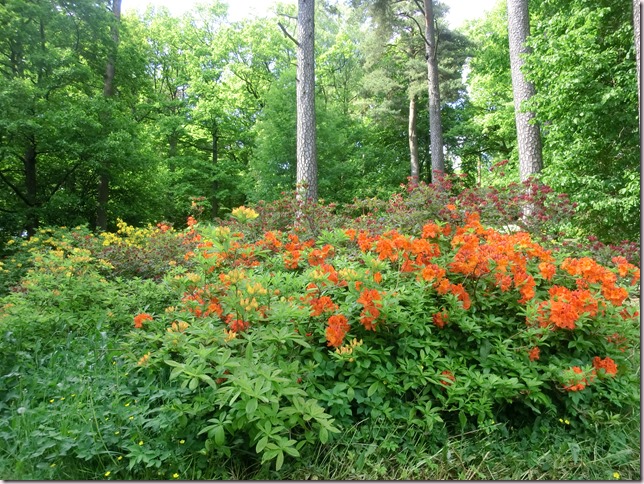 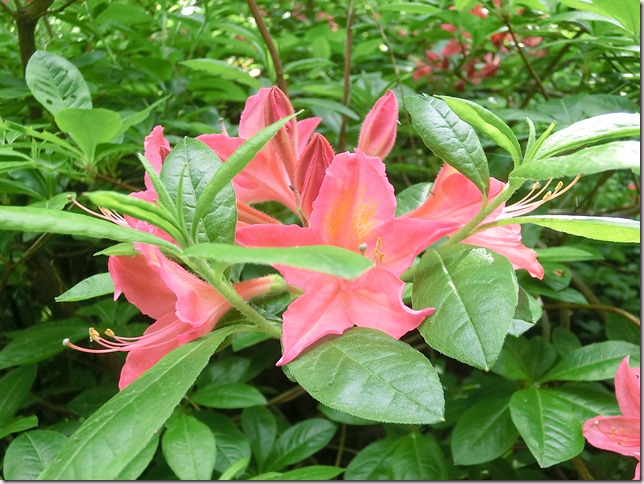 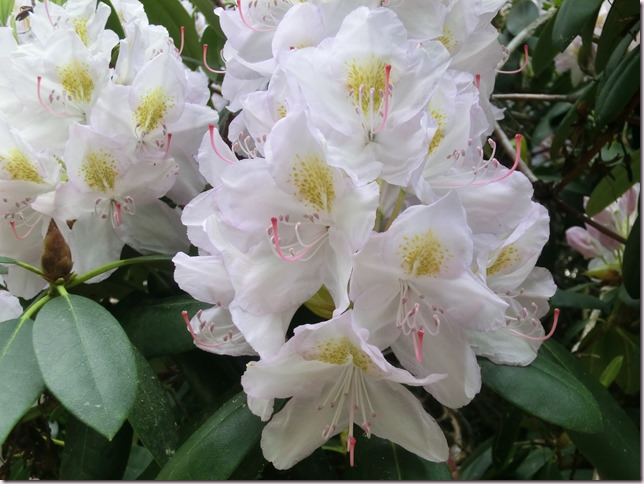 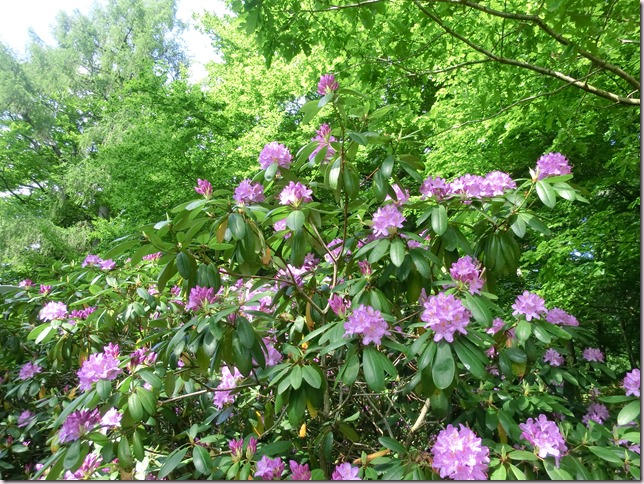 It is a sight worth seeing, although not quite as idyllic as it might seem from photos – because even if the park is located up on a hill, it’s really quite close to heavy traffic below. 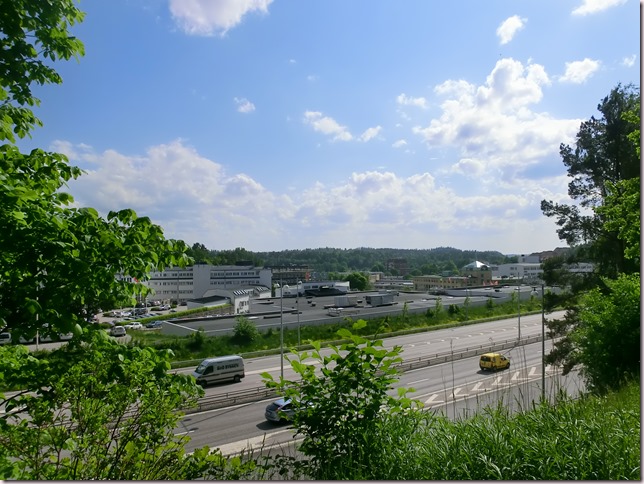 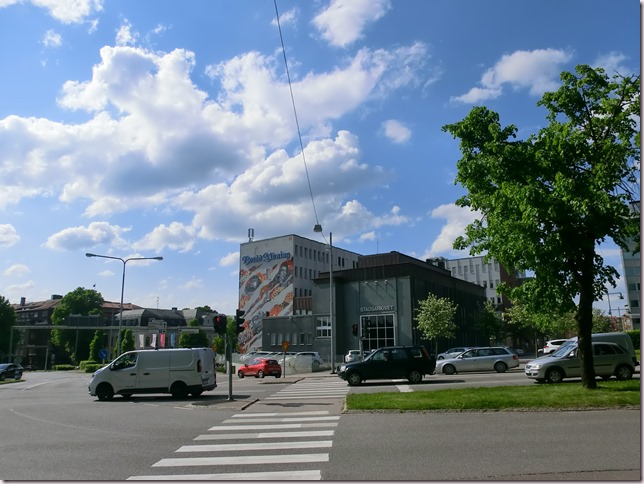 Coming down from the park, across the street there is the office of our local newspaper, which was one of the buildings to get its share of mural art last year: 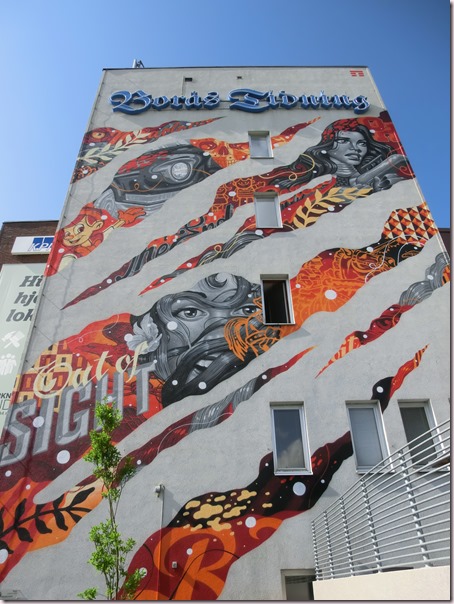 In a street nearby, there is also this wall, which I think was painted the year before: 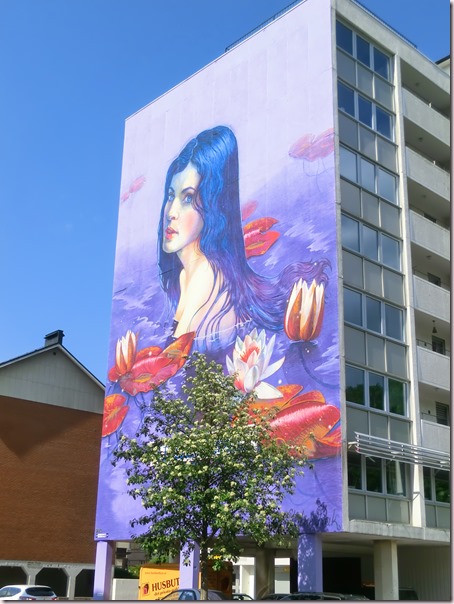 And opposite the painted wall of the newspaper building you also find this 9 meters high bronze sculpture by Jim Dine from 2008: 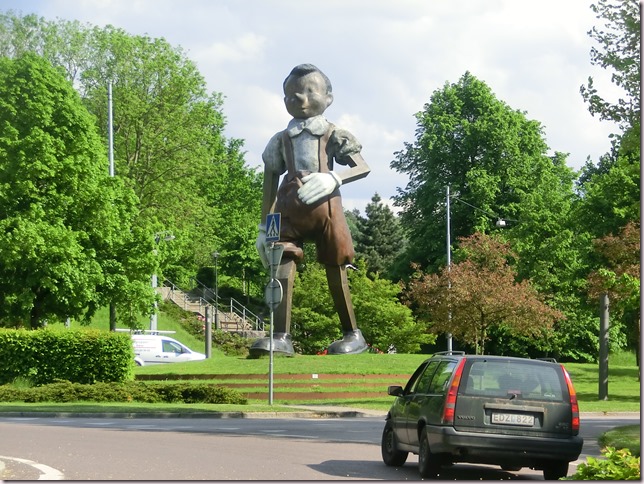 This sculpture – entitled ‘Walking to Borås’, but usually just referred to as Pinocchio –  was really the start of our international sculpture biennales and street art festivals in my town which have followed since then.

We’re having another sculpture biennale this summer and I have been round to look at some of the new additions, too – I just haven’t found the time/energy to blog those photos yet…

Linking to Through My Lens

Posted by DawnTreader at 16:47