After our lunch at the Old Mill last Sunday, we also went to visit another very special museum (Unos Djur / Uno’s Animals) out in the countryside (village called Bredared); showing the works of a local wood carving artist, Uno Axelsson (1922-2002). 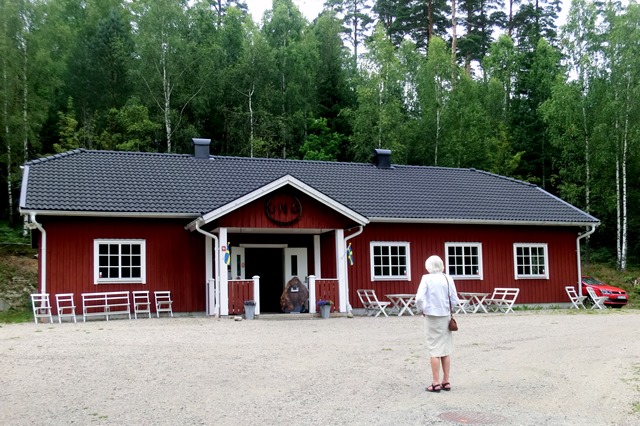 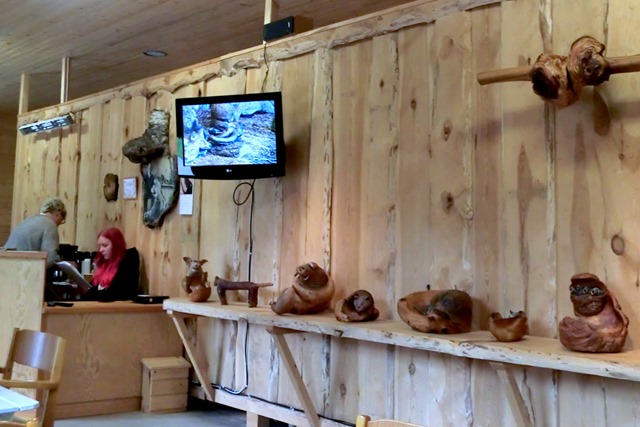 On the TV screen, they show a documentary where the (very humble) artist himself talks about his work. 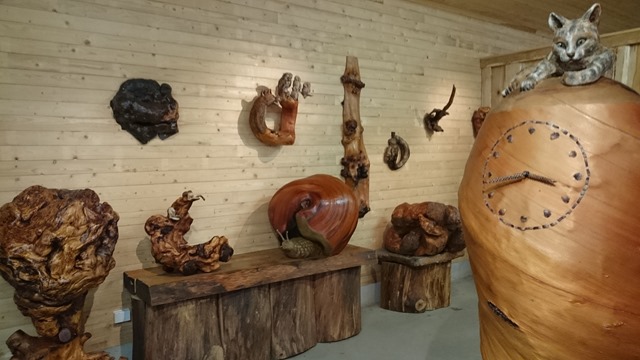 Uno was a farmer and did not take up wood carving as a hobby until he was in his 50’s; but after having retired from farming, he continued to make more and more advanced sculptures. From 1975 until 2002 when he passed away, he created approximately 250 sculptures. He never sold any of his works. Some were given as presents to family and friends, but the rest he collected in the barn at his farm. Rumor spread, and people found their way there to look and admire.

After his death, his works were all donated to the local history society. They arranged a permanent museum in a separate building near the old village hall, where these fantastic animal sculptures are now being shown. In the humble spirit of the creator, they are still keeping things simple. The place is only kept open to the public a couple of days a week in the summer season, and the rest of the time they only take group bookings.

My brother and I visited the place once before, back in 2010. Our aunt and uncle had never been to see it, though; and we were of course happy to revisit the place with them. (Lucky for us, Sunday is one of the days they’re open!) 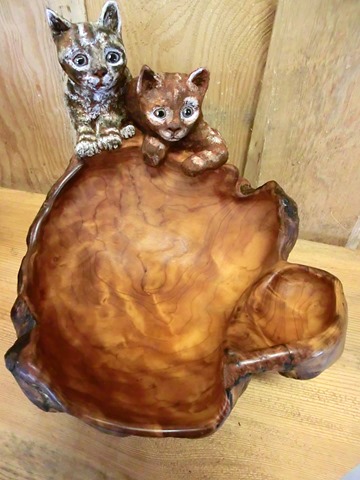 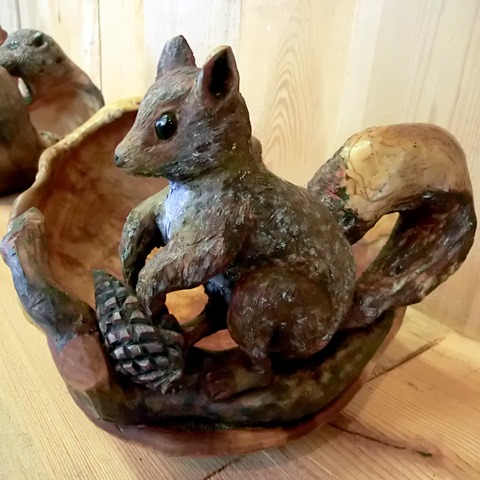 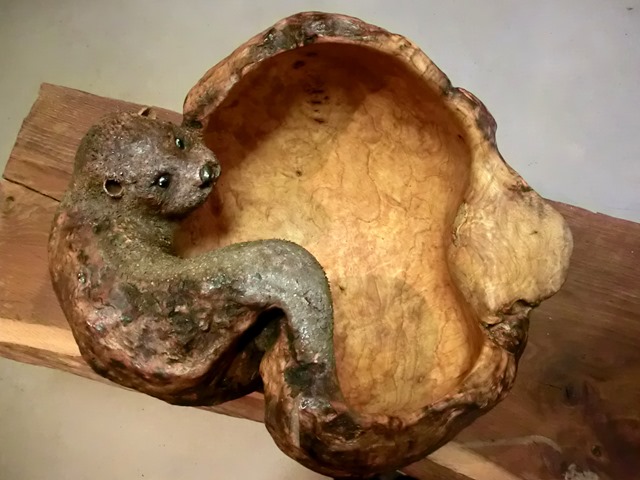 When Uno first started doing his artistic woodwork, it was primarily bowls, following the natural shape of odd-looking pieces of wood; then he began to carve animal heads on the edges of bowls; and from there went on to do bigger sculptures. 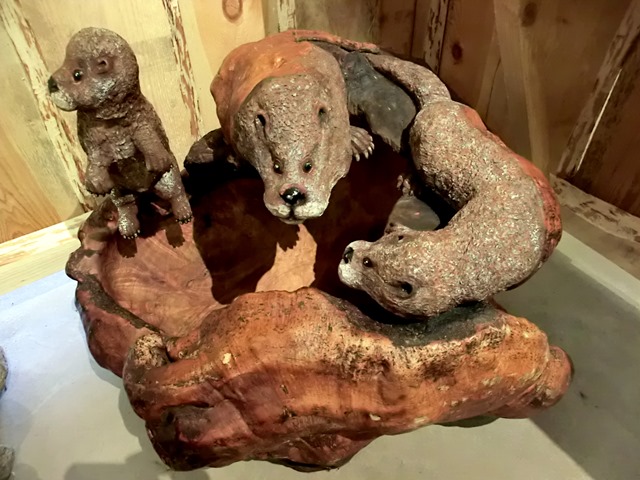 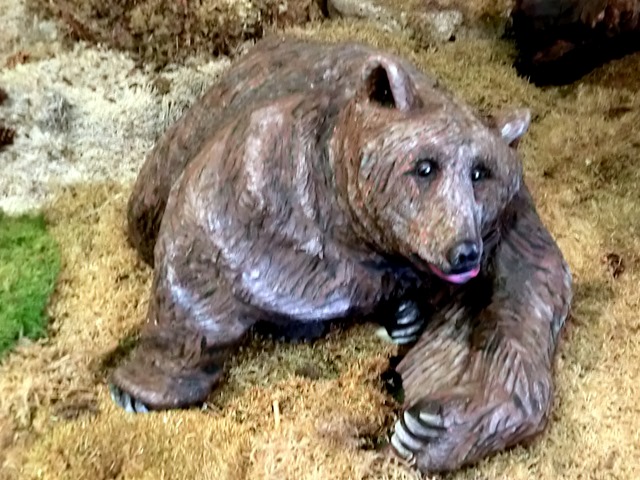 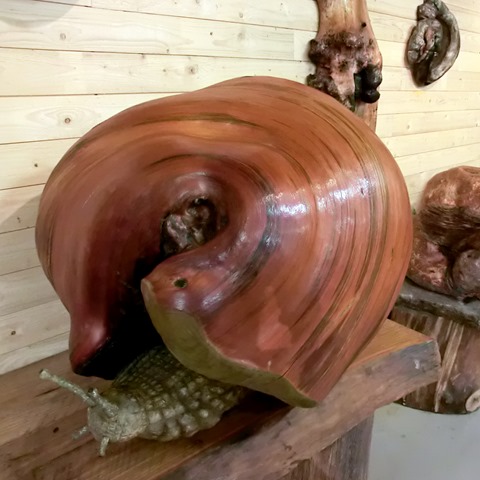 (This snail is HUGE – compare the 3rd photo from the top.)

Uno’s art was often made from nodules obstinately growing against the grain. Large knots and gnarly trunks are typical pieces that inspired his fantasy. Most of his sculptures were made out of one single piece of wood. 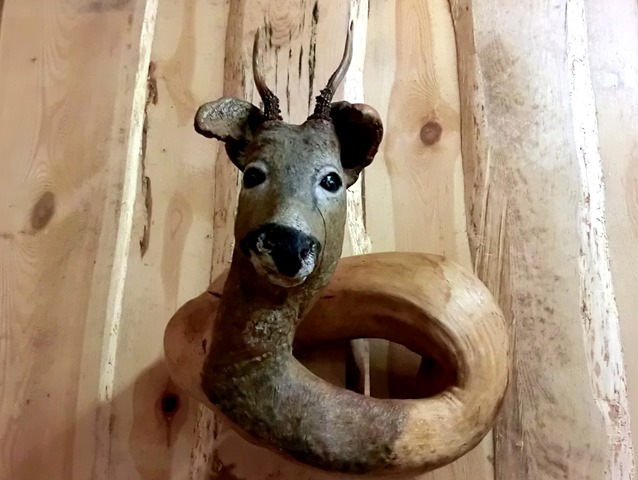 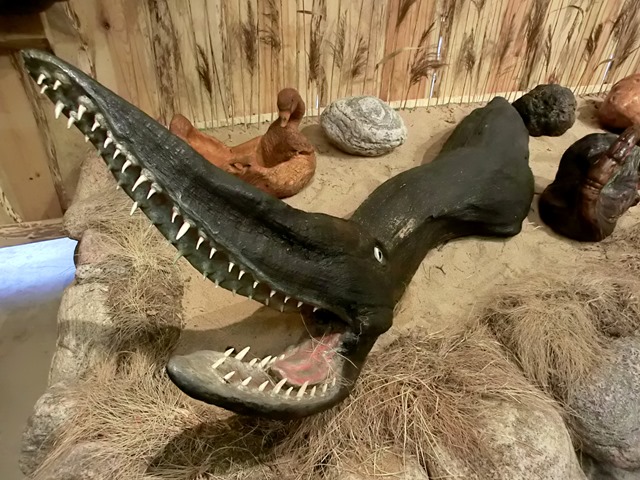 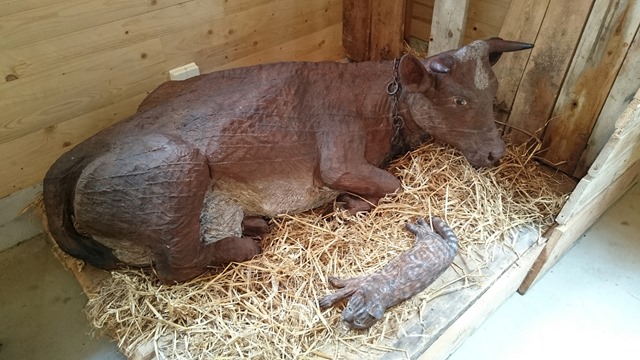 Except for the horns, the cow (more or less natural size), was carved out of one huge piece of oak – which is a very heavy kind of wood. After he had finished the shape of it, he hollowed out the inside to make the sculpture somewhat lighter. 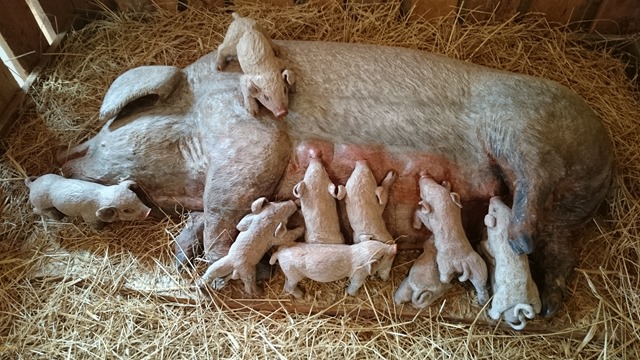 This sow with piglets is natural size too. 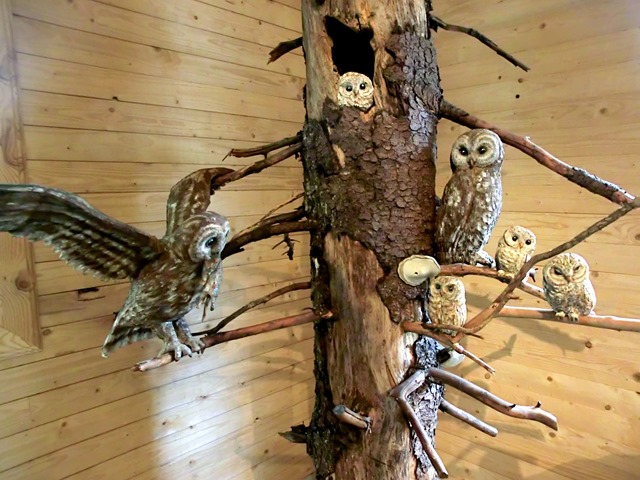 The eyes on the sculptures are not glass but were painted with water colours and lacquered to be made shiny and life-like. 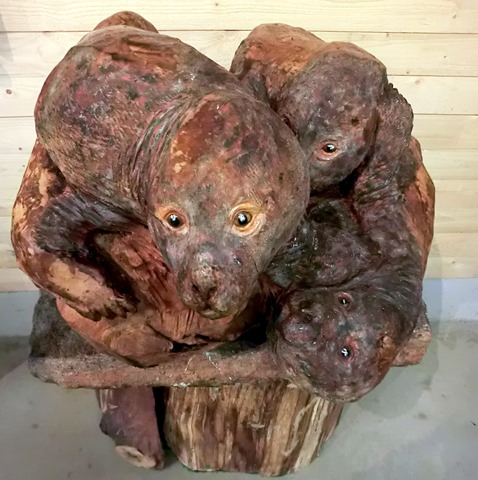 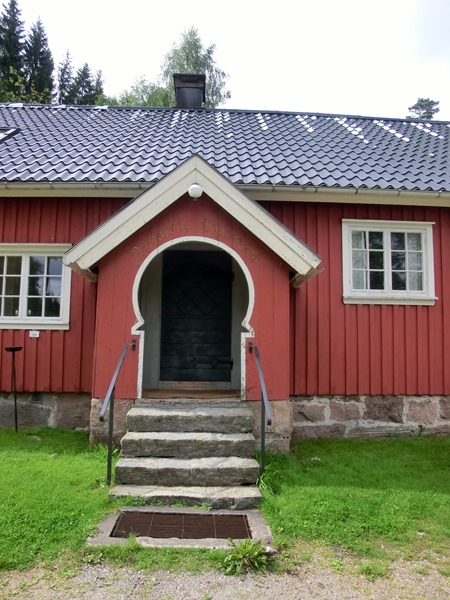 ▲The entrance to the village hall,
and a small outbuilding nearby.▼ 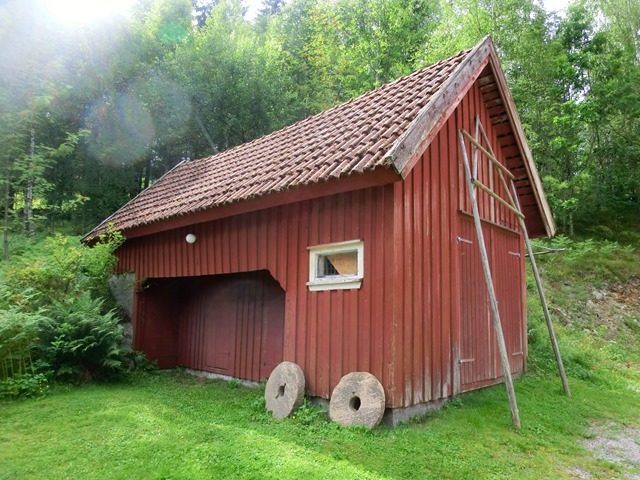 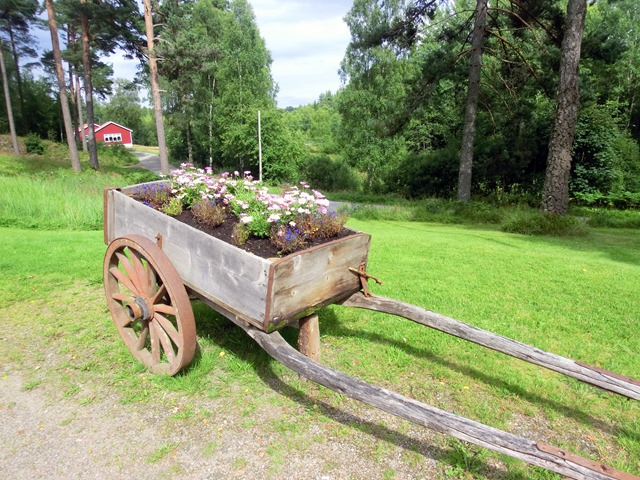 And an old cart filled with flowers to welcome visitors.

Posted by DawnTreader at 21:03