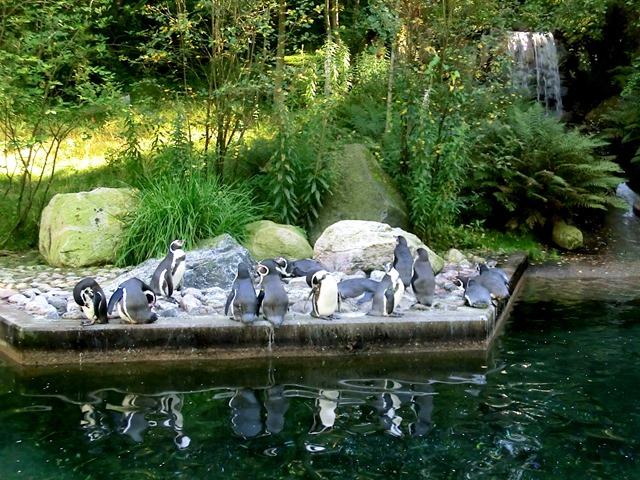 For Weekend Reflections:
Another photo from my last visit to the zoo, a couple of weeks ago.

The penguins at the zoo (Borås, Sweden) are Humboldt penguins (Spheniscus humboldti), named after the cold water current along the west coast of South America where they come from. The current in turn is named after the Prussian explorer Alexander von Humboldt (1769-1859). The penguin species is listed as vulnerable or threatened for a long list of reasons (including guano over-exploitation, over-fishing, climate changes and ocean acidification).