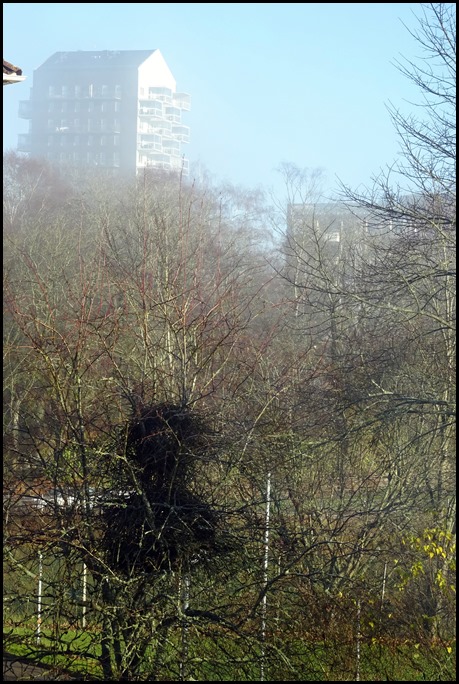 The answer to yesterday’s “Guess What?” is: A magpie’s nest. Not that I can say for sure whether (for the magpies) it counts as one two-storey building, or two separate nests on top of each other… To me, seen from my window, it also rather resembles a big wicker sculpture of a woman’s head and shoulders... Magpie art? ; )

Anyway – the structure has grown since I first blogged about it in March 2014: 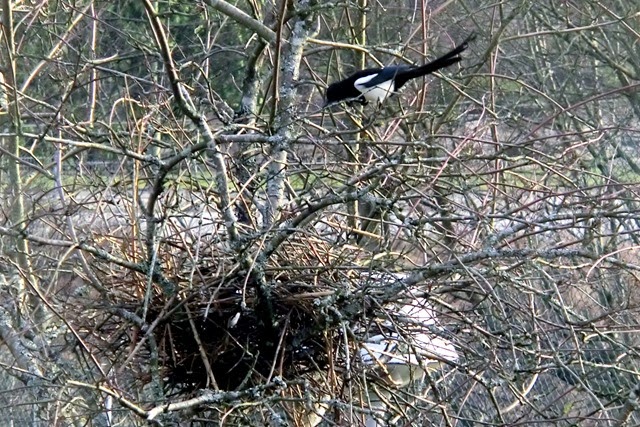 There’s also a nest in another tree close by. You can see both of them in this photo from January 2015. Both nests have grown bigger since then, but it is the one to the left that has the “head” added on top now : ) 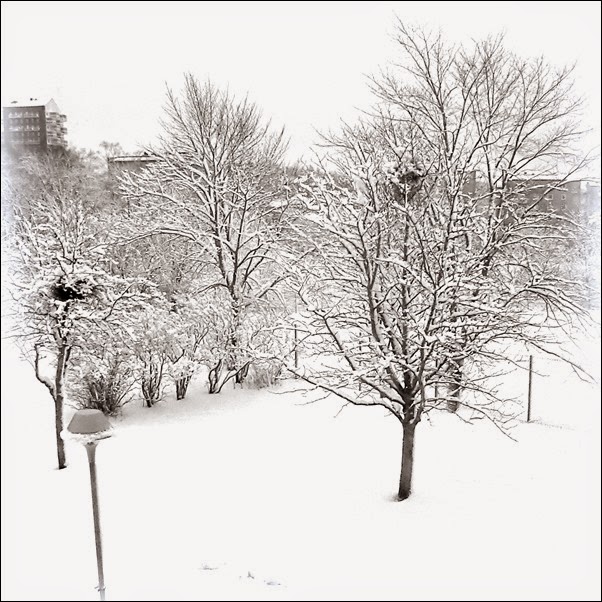 In the cemetery nearby, I recently also noticed this tree: 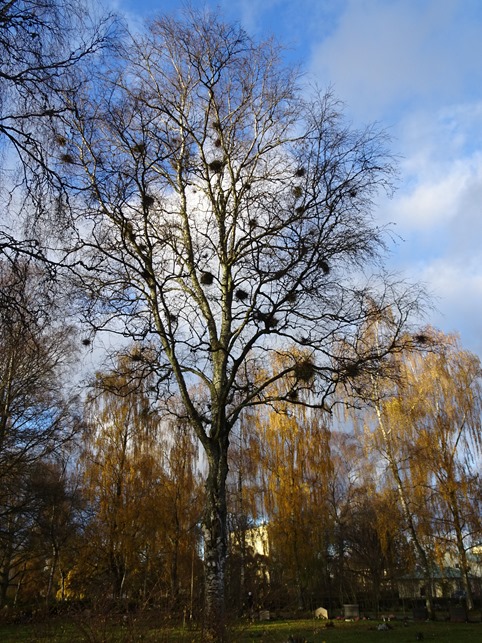 My first thought was “an apartment tree for birds!” – Not sure, though… Someone yesterday suggested “witch’s broom” for my mystery picture (a kind of tree disease/deformity). While I’m pretty sure that magpies made the wicker sculpture - perhaps this other tree is “bewitched”?

Posted by DawnTreader at 21:43