At the end of Day 2 we arrived at Kalmar, where we had booked rooms for three nights at a hotel on the outskirts of the city, not far from the bridge over to the island of Öland. This suited us well, since we intended to spend one day on Öland, and one day in Kalmar city.

This photo taken in the evening from Färjestaden on Öland shows the typical silhouette of the bridge. 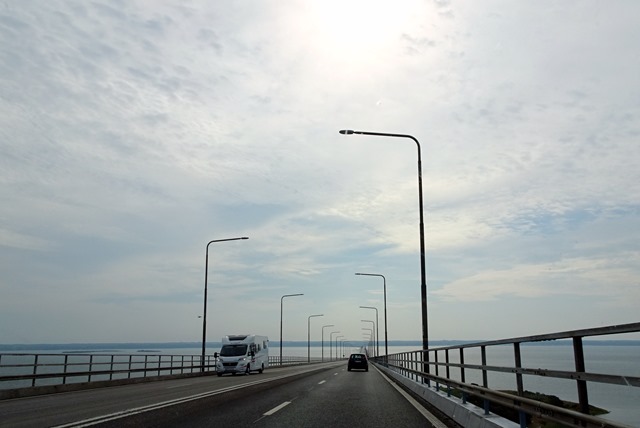 This is a view from the car while we were driving over the bridge in the morning (from the mainland towards the island). 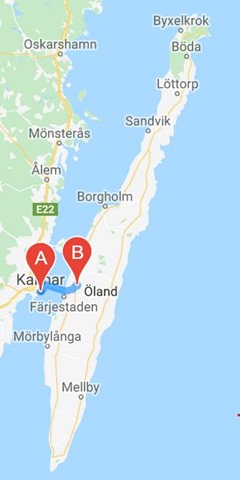 Our first stop on the island was at Algutsrum Church, which has a rather unusual tower – almost like a lighthouse. 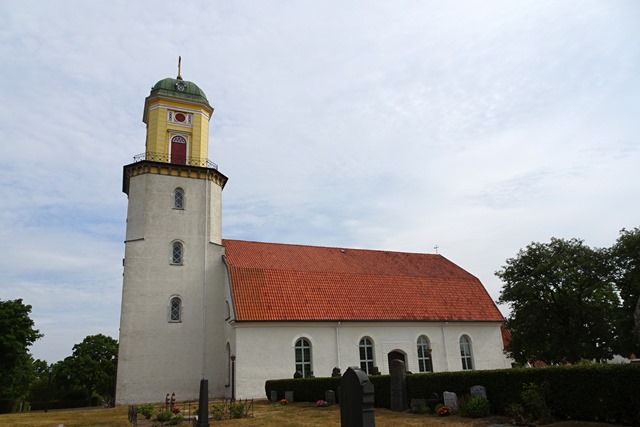 The view from that tower is said to be spectacular. We didn’t get up there, but I zoomed in the top of the tower from down below: 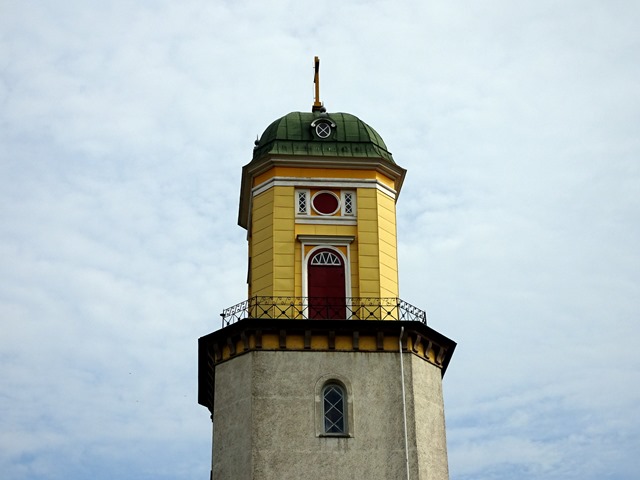 The first church on this spot was built in the 11th century. That one was made of wood; but was replaced by a stone church in the 12th century. Over the centuries that followed, the church went through a few changes – visually explained on a plaque in the porch: 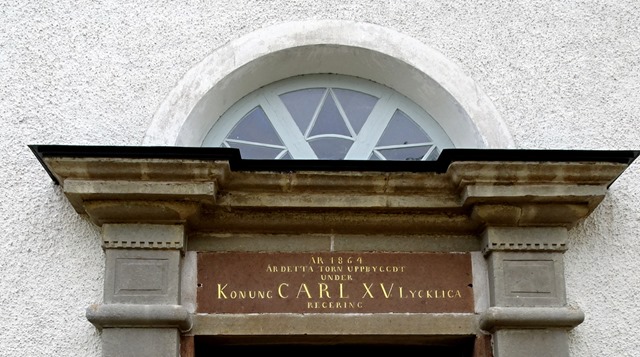 According to the sign over the entrance door, the present tower was built in 1864, “during the happy [!] reign of King Carl XV”. 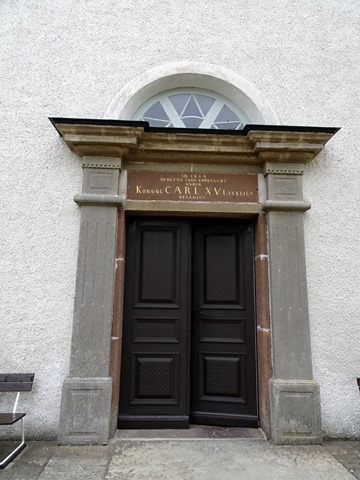 The door was open, so we went in. The church is beautifully preserved inside as well. 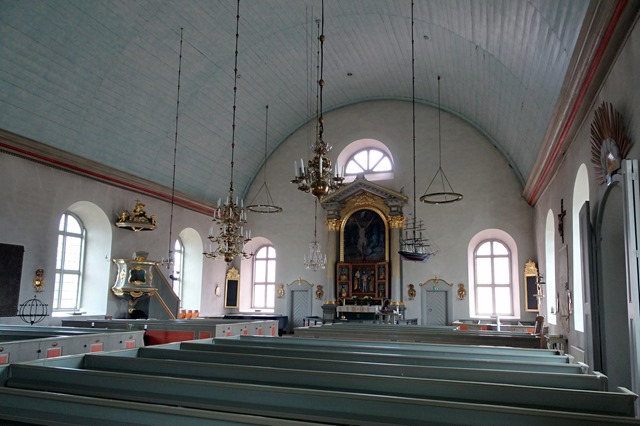 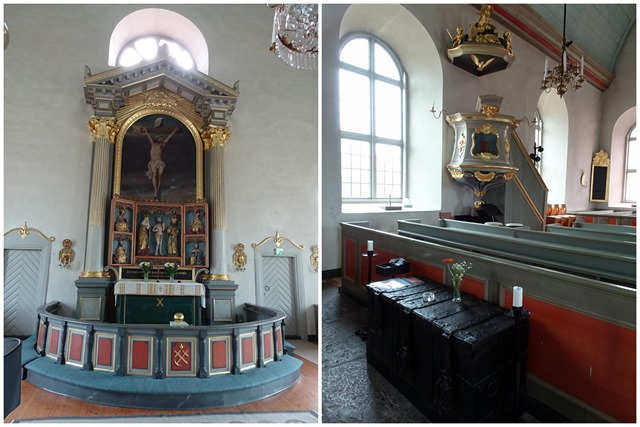 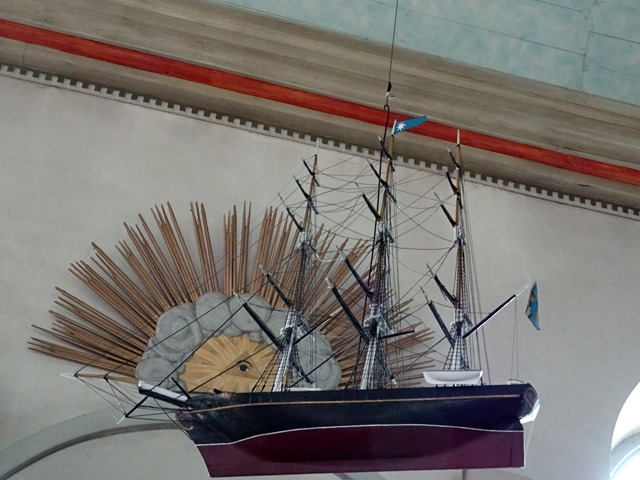 Votive ships are quite common in Scandinavian churches. They were often made and donated by seamen or ship builders as thanks for having been rescued from being shipwrecked at sea. 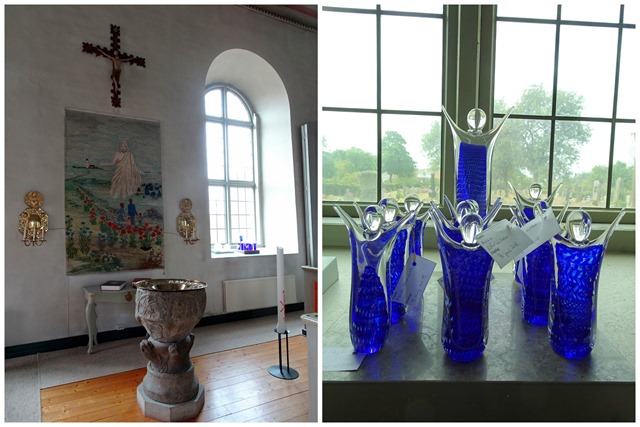 Left: Baptismal font. Right: Glass sculpture also connected to baptism; with the names of the recently baptised written on little pieces of paper held by the figurines. I don’t think I’ve ever come across this practice before, but we saw more than one similar arrangement in churches we visited on this trip. 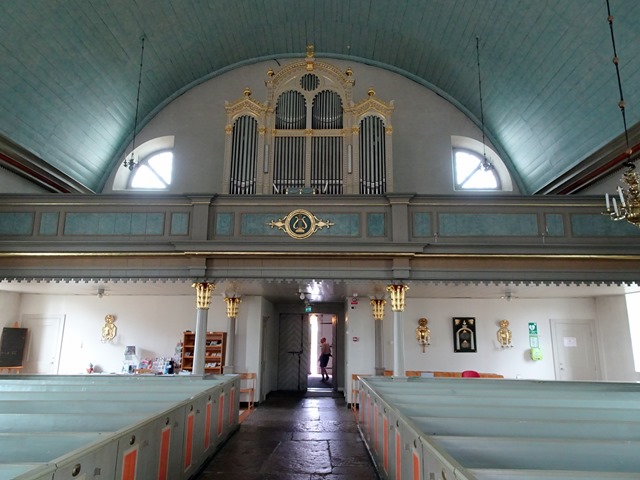 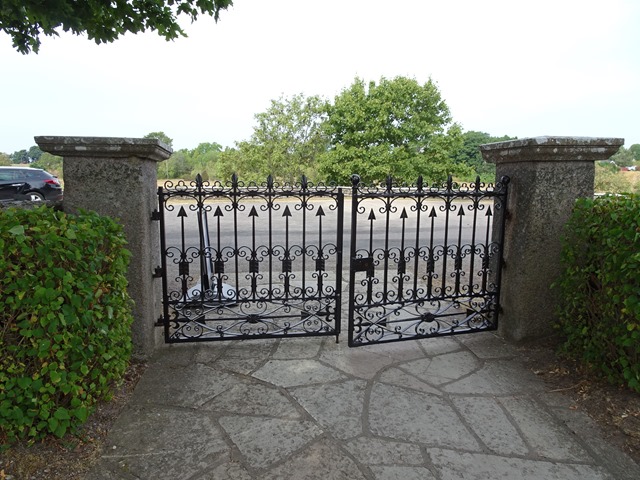 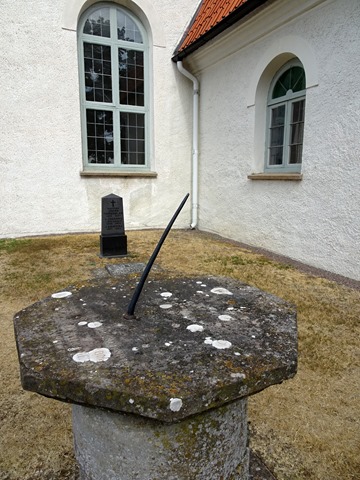 Old sundial outside the church. 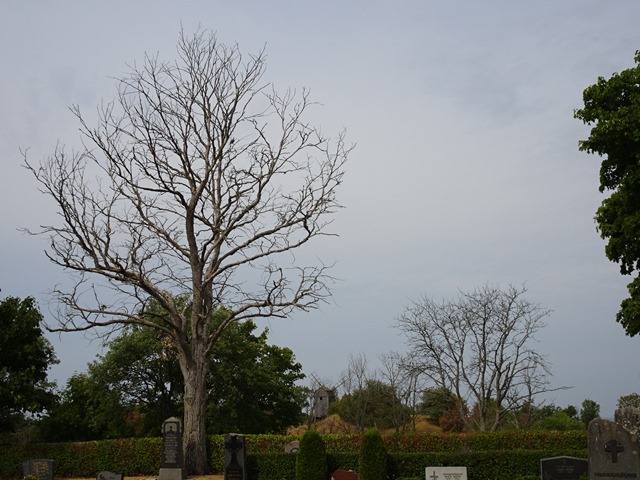 Autumnlike colours, yellow grass and bare tree silhouettes giving a hint to how extremely hot and dry this summer was (and this was still only mid July). We were to see a lot more of this before our day on Öland was over.

Between the trees on the horizon I also zoomed in our first windmill of the day: 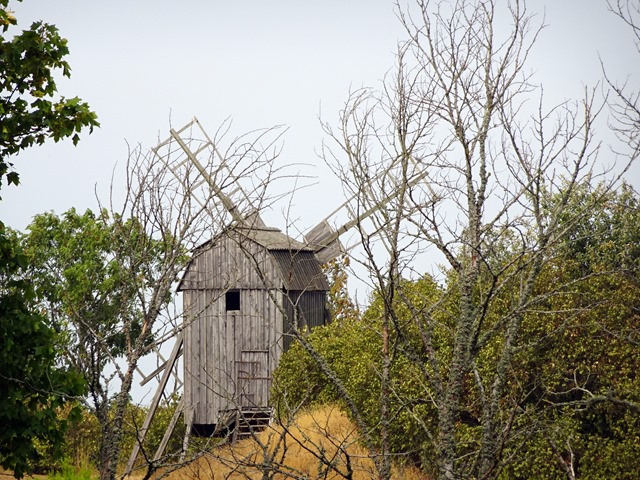 An internet search informs me that at the end of the 19th century there were around 2000 windmills on Öland. About 350 are still preserved. We did not visit all of them; but we did see quite a few more before the end of the day!