“An alvar is a biological environment based on a limestone plain with thin or no soil and, as a result, sparse grassland vegetation. Often flooded in the spring, and affected by drought in midsummer, alvars support a distinctive group of prairie-like plants. Most alvars occur either in northern Europe or around the Great Lakes in North America. This habitat supports a community of rare plants and animals, including species more commonly found on prairie grasslands. Lichen and mosses are common species. Trees and bushes are absent or severely stunted. --- The use of the word alvar to refer to this type of environment originated in Scandinavia. The largest alvar in Europe is located on the Swedish island of Öland […and…] has been designated a UNESCO World Heritage Site.” [Wikipedia]

We did not go as far south on Öland as the area known as the Great Alvar; but there are areas with similar nature in the mid/north half of the island too. You have already seen a bit of it in some of my earlier posts from Öland. And after our visit to the green oasis of the Solliden Palace Park (previous post), we took another detour inland (eastwards) to  Karum’s Alvar – an old grave field including an impressive Bronze Age stone ship, known as Noah’s Ark. 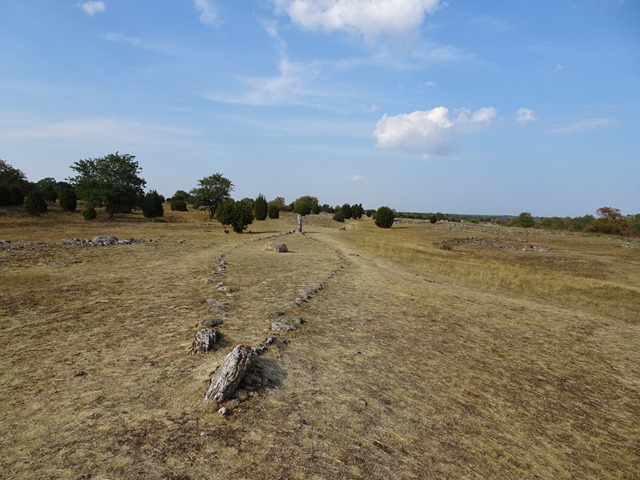 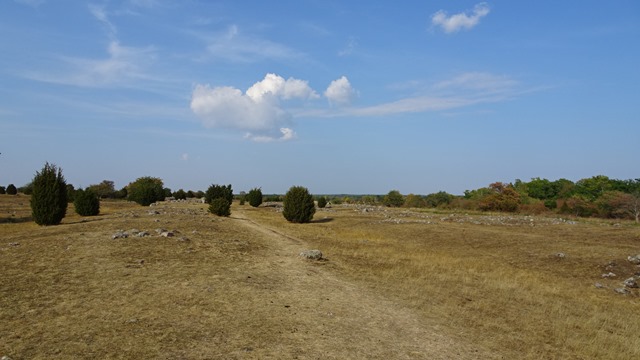 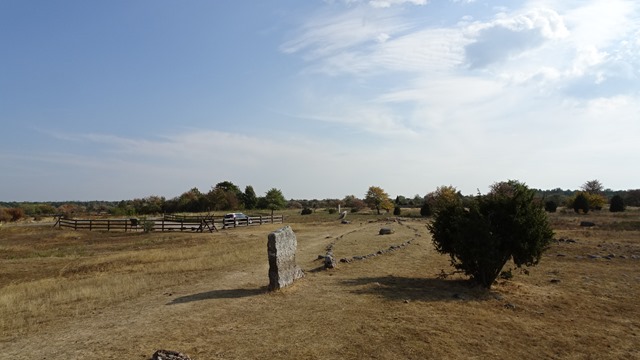 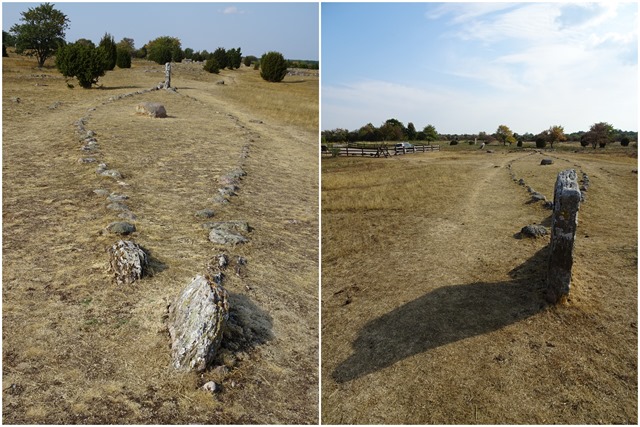 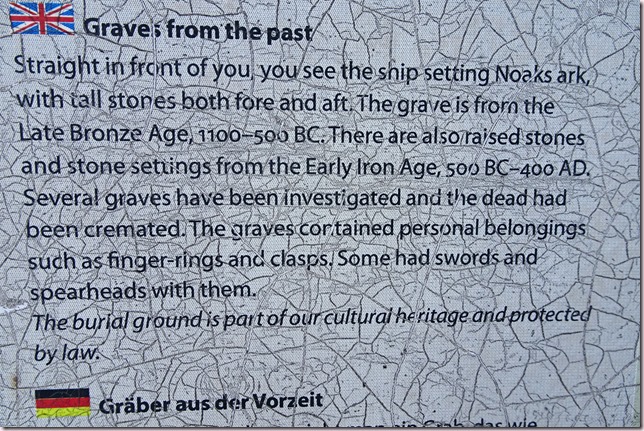 “Straight in front of you you see the ship setting Noaks ark, with tall stones both fore and aft. The grave is from the Late Bronze Age, 1100-500 BC. There are also raised stones and stone settings from the Early Iron Age, 500 BC-400 AD. Several graves have been investigated, and the dead had been cremated. The graves contained belongings such as finger rings and clasps. Some had swords and spearheads with them. – The burial ground is part of our cultural heritage and protected by law.” 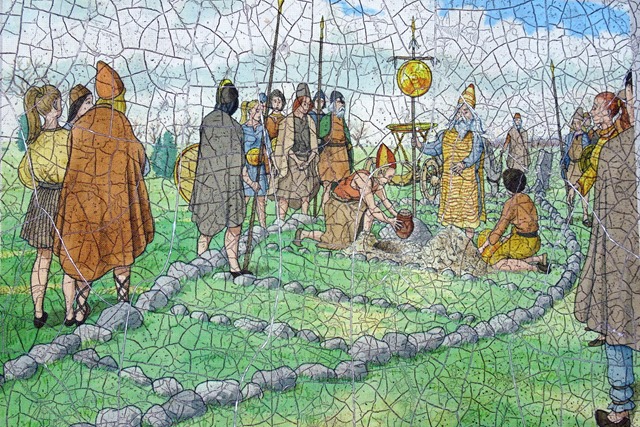 The whole grave field is around 370 x 50 meters, and besides the big stone ship, there are also other types of old burial mounuments. The stone ship is 36 m long and 3,5 m wide. The rows of stones laid across the ship here are thought to symbolise the thwarts, and a big stone in the middle may mark the position of the mast.

After the long hot summer this year, there was hardly green patch to be seen on the alvar; but I understand that in spring, it can be quite a different experience, full of colourful rare flowers. Have a look at the photos in the German Wiki article if you want to see some views from this place with a bit more colour!