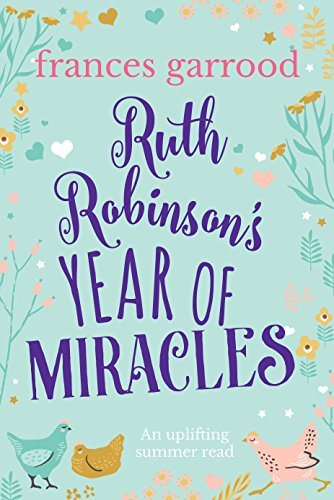 Ruth Robinson  is about to  take a sabbatical year from work and go travelling around the world with a friend, when an unexpected pregnancy turns all her plans upside-down. Already having let out her flat, she has nowhere to go but to go and stay with her twin uncles in their house out in the countryside. She knows who the father of her baby-to-be is, but they were not in a relationship, and as he is off travelling to unknown destinations as well, Ruth has no way of getting in touch with him. Her parents aren’t being helpful either, as they still regard it as a disgrace to have a child out of wedlock. Lucky for Ruth, her two eccentric uncles take a different attitude. While staying with them, she also makes a few other new friends and acquaintances; each with their own individual quirks. And as if life wasn’t complicated enough already, one day there is the mystic appearance of a perfect image of the Virgin Mary on the wall of the hen house, attracting a growing stream of pilgrims…

All in all an enjoyable romantic comedy with some memorable characters, details and turns of events. ‘Light’ reading in one way; but at the same time, in the midst of hilarious absurdities it also offers some “food for thought” about relationships, values and beliefs (or, in short – life!). 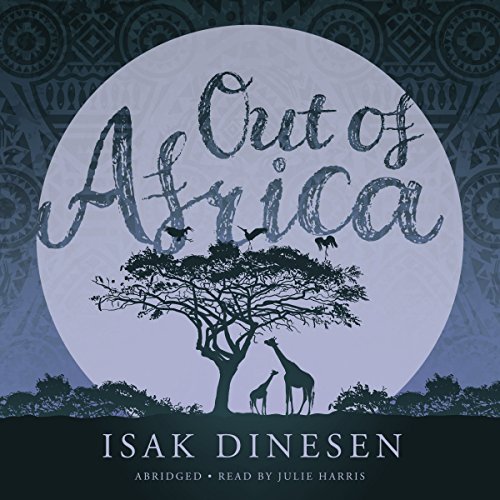 Out of Africa is a classic novel from 1937 which I only knew from the 1985 film version (with Meryl Streep and Robert Redford - I first watched it at the cinema when new). The Audible title turned up for me recently as a cheap offer and I thought it might be interesting to read/listen to the “original” book… Soon found myself feeling a bit confused, though - and surprised at how short it was?? Then I realised that it was an abridged version (having missed the small print stating that when I bought it)… Duh! Instead of this short audio version, I suggest watching the movie! :-)

Karen Blixen, 1882-1965, born Dinesen (and using the pen name Isak Dinesen), was a Danish author. In 1914 she married Baron Bror Blixen-Finecke, and they moved to Kenya to start a coffee farm. Out of Africa tells the story of her life there. Her husband was unfaithful and as a result of this Karen got syphilis toward the end of their first year of marriage. She returned to Denmark for treatment which proved successful; and afterwards returned to Africa again. But in 1921 the couple separated, and in 1925 got officially divorced, and Karen took over the management of the farm. Already in 1918, she had met the English big game hunter Denys Finch Hatton (1887–1931), an English army officer from an upper-class background who often travelled back and forth between Africa and England. After her separation from her husband, Karen and Finch Hatton developed a close friendship and a long-term love affair. Finch Hatton died in a plane crash in 1931. In connection with the world-wide economic depression, the farm also had to be sold. Karen returned to Denmark, and devoted herself to her writing. 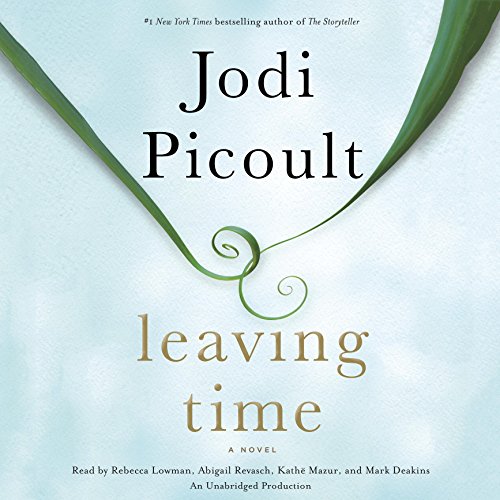 Funny how one sometimes happens to come across books/films with themes in common, one straight after the other…

I’d never heard of this book (nor of the author), but it came up at a 2-for-1 sale at Audible, and the title caught my interest. From the title I could not have guessed, but (just having finished the abridged Out of Africa, see above) this book also turned out to relate to Africa – although mostly to one specific African animal: the elephant.

A young woman, Jenna, cannot stop thinking about her mother, Alice, who mysteriously disappeared back in Jenna’s early childhood. Jenna’s memories of the events back then are vague; but not wanting to believe that her mother would have simply abandoned her, she keeps reading Alice's old journals and tries searching for her online. Alice was a scientist within in a very specific field: Grief among elephants. Her journal was also mostly about this research.

Trying to find her mother, Jenna turns to two very different people for help. One is a psychic who got famous for finding missing persons, but later came to seriously doubt her own gift. The other is a detective who originally investigated Alice’s case and possible links between her disappearance and the death of one of her colleagues.

I found it a hard-to-put-down kind of story (or hard-to-turn-off!) Besides introducing me to a fascinating field of science I knew very little about, the unusual background combined with an equally unusual mix of characters made the outcome rather unpredictable.

Another of those strange coincidences was that while I was still reading this book, I happened quite by chance to also come across a TV documentary that touched on the same topic – “rehabilitation” of elephants that were trained and used as circus animals in the past. From this I understood that many of the details in the book that I was reading were obviously founded on real research. Of which I think Jodi Picoult made pretty good use in her novel. 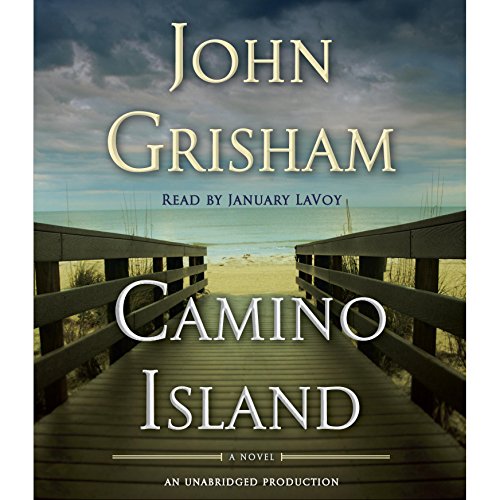 Original and priceless F. Scott Fitzgerald manuscripts get mysteriously stolen from a secure vault at Princeton University in a daring heist, and a young female novelist gets recruited to recover them… Not quite a typical Grisham novel (several reviews seem to agree); but an interesting idea. Also enjoyable to listen to, but at the same time I have to admit I found it a bit hard to follow all the twists and turns. However, it reminded me that the only book by Scott Fitzgerald that I ever read so far is The Great Gatsby. I might end up doing a bit of further research myself - even if not as far as the original manuscripts…

Posted by DawnTreader at 22:52