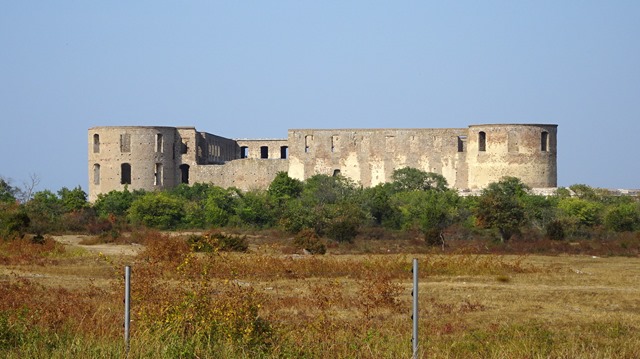 Borgholm Castle, originating from the 12th or 13th century, stands on the edge of a rocky precipice overlooking the strait of Kalmarsund. First mentionend in 1281, one of the oldest parts of the castle was a round defensive tower, from where lookouts could monitor the boat traffic. The city of Kalmar on the mainland also had its own fortifications. (We’ll be visiting Kalmar Castle in a later post.)

In the past, Öland was not an exclusively Swedish island. There were also Danish and German interests here, and from time to time the castle was under their control. When Gustav Vasa (Gustav I) was crowned king of Sweden in 1523, Borgholm castle lay in ruins. In the late 1500s, during the reign of king Johan III, it was transformed into a Renaissance castle. The old tower was restored; four wings were built around an inner courtyard; and facing inland, new defensive walls with huge bastions and platforms were added, from which every part of the castle could be protected.

In a war between Denmark and Sweden in the early 1600s, the castle again suffered serious damage. After the Peace of Roskilde in 1658, when Sweden’s border was moved further west, it lost its importance as a frontier fortress. There were plans to turn it into a baroque palace; but soon after this work was completed, it was left to again fall into decay; and in 1806 it was further destroyed by fire. In the 1880s, however, work was started to preserve the ruin and make it accessible to visitors.

What we see today is the ruins of the 17th century baroque palace; now owned and managed by the National Property Board of Sweden (Statens Fastighetsverk). It is open for visitors, and the inner courtyard is used for concerts, theater performances, and other events.

(Facts picked from a sign near the castle + Wikipedia.) 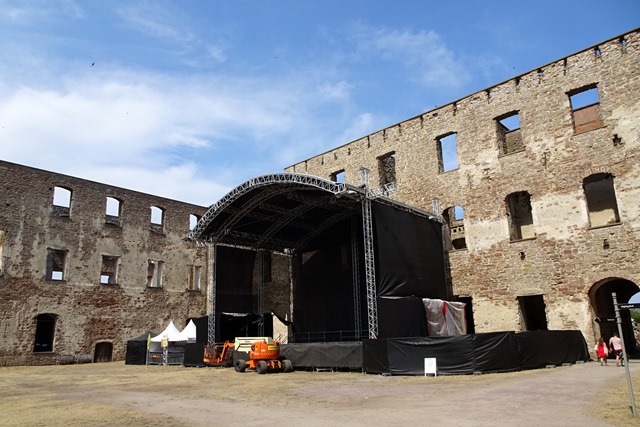 Courtyard with stage and audience gallery 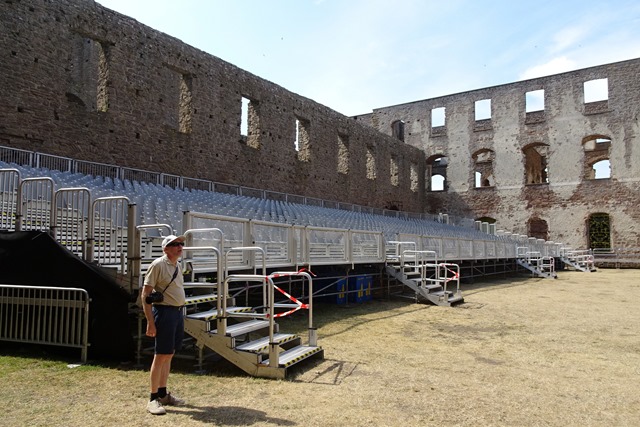 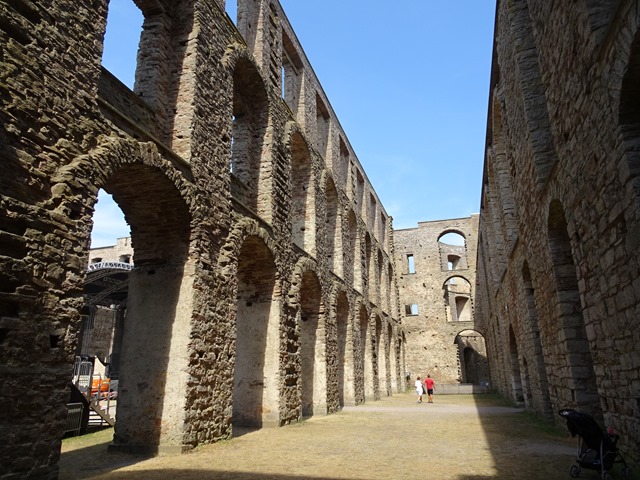 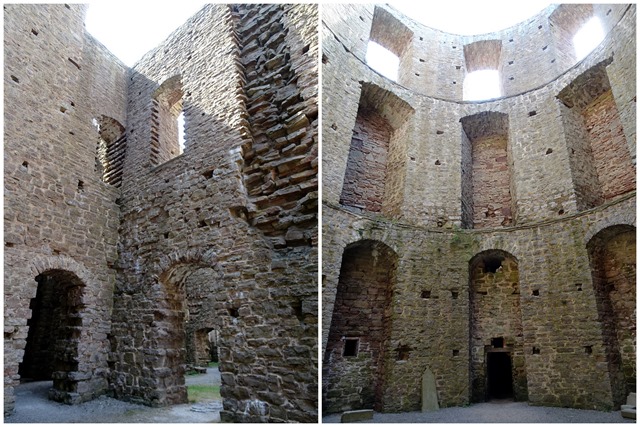 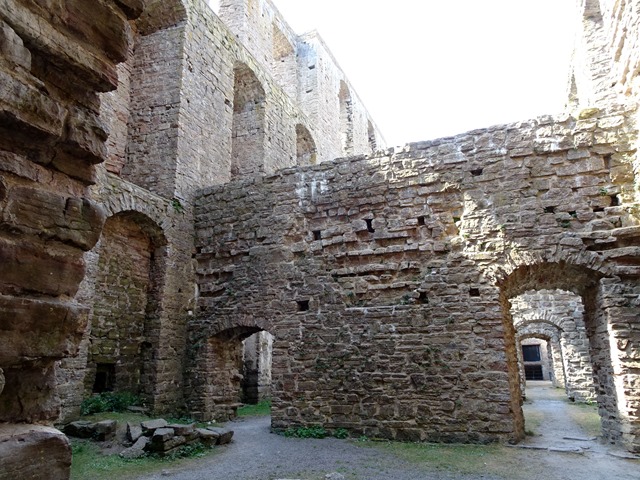 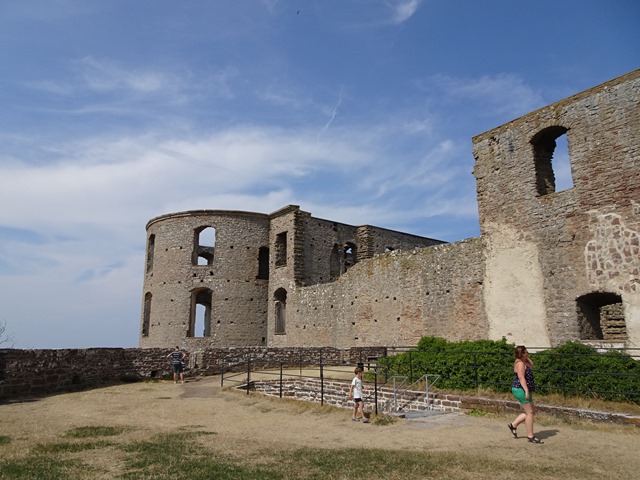 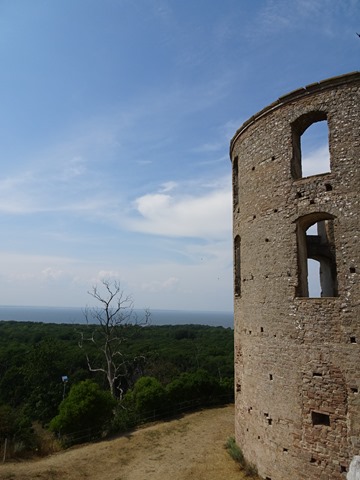 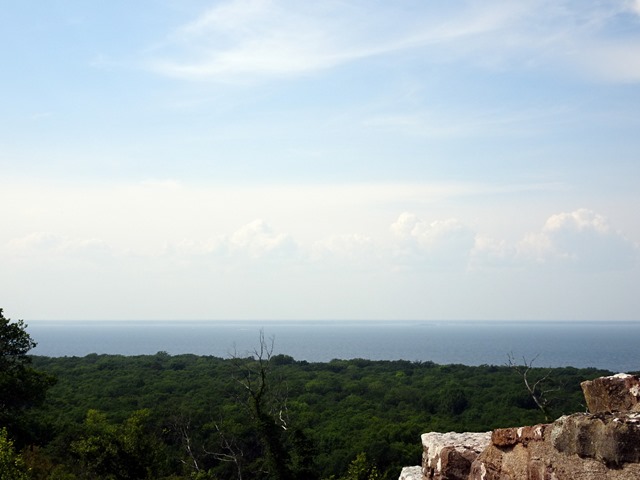 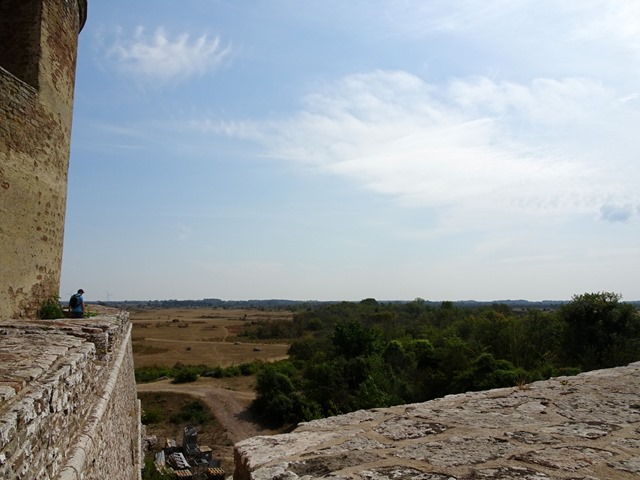 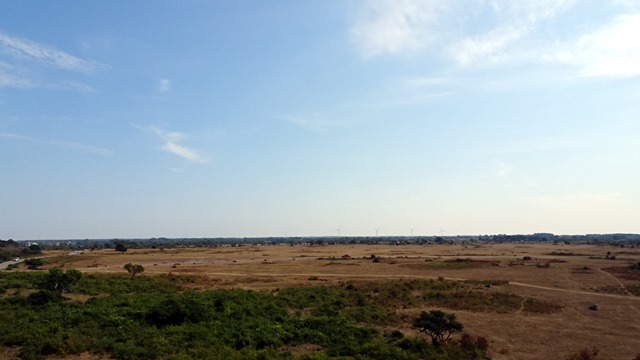 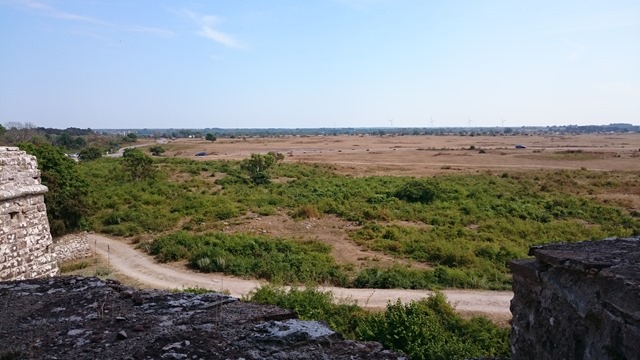 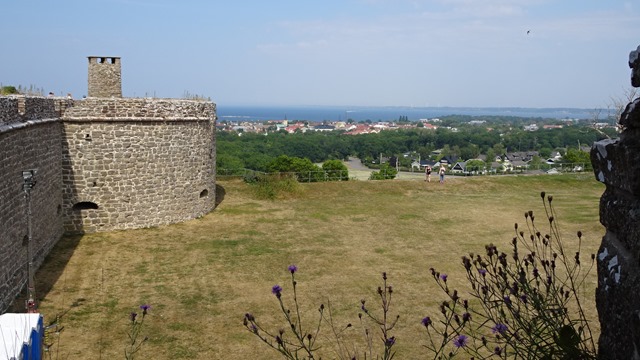 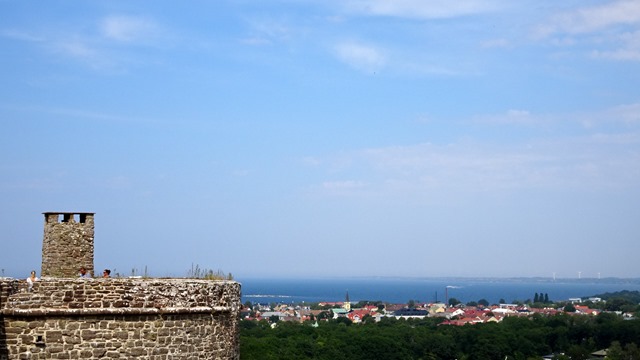 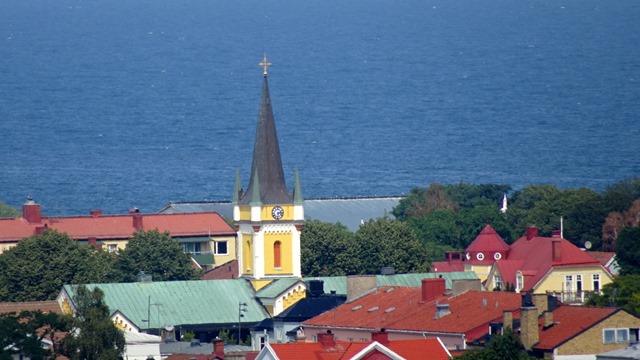 Zooming in the church tower in the town (from up on top of the castle).

Aerial view of the Borgholm castle ruins from 2013 ( Wikimedia Commons )

Posted by DawnTreader at 19:19