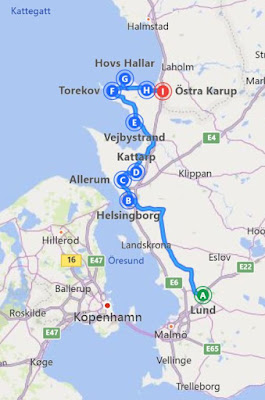 On the fifth day, we said bye-bye to Lund, and turned back north again. While basically following the west coast in both directions, we still varied our route by choosing different small roads where we could, and stopping at different places.


For example, on the way down (Day 2), we visited Sofiero palace and park on the outskirts of Helsingborg, but avoided going into the city itself. On our way back, however, we did go into the core of the city - and I'm choosing that word deliberately, because on a hill high above the city center, there is a medieval tower called Kärnan, which literally means The Core. 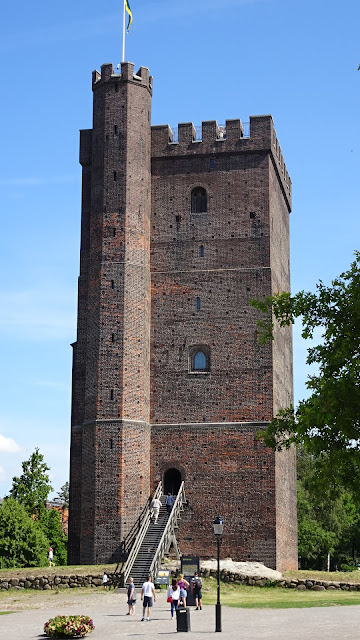 This 14th century tower is the only remaining part of what was once an old Danish fortress, which together with another fortress on the opposite Danish shore of Öresund controlled the strait between Skåne (Scania) and Sjaelland (Zealand). 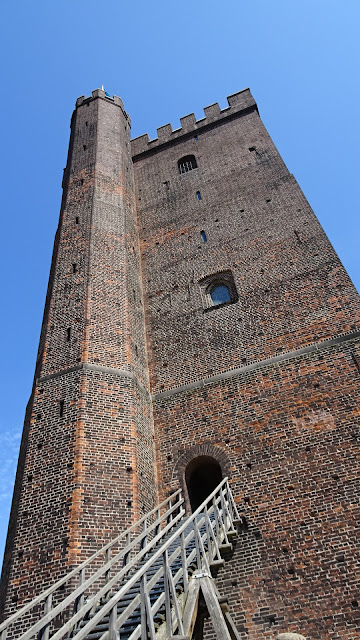 Inside the Tower there is a museum. A lot of steep stairs usually makes me hesitate.... but as initially I wasn't aware that you were even allowed to go all the way up to the top... somehow (one floor at a time) I eventually found myself up there anyway! 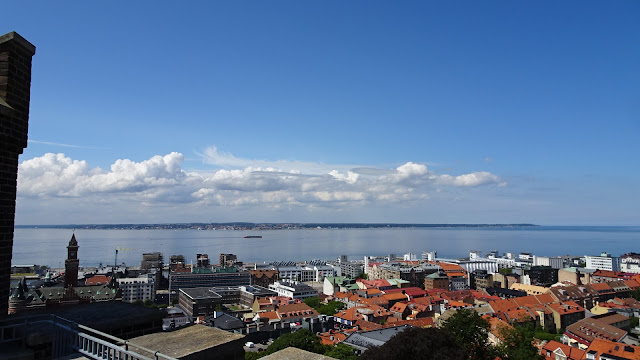 Have to admit that once safely back on the ground again, my legs felt pretty shaky, though... So instead of walking down further steps straight down the hill to the city center (and then up again...), we got back into the car and navigated our way down there. We found both parking and a café/restaurant without too much trouble; still within view of the impressive tower up on the hill. 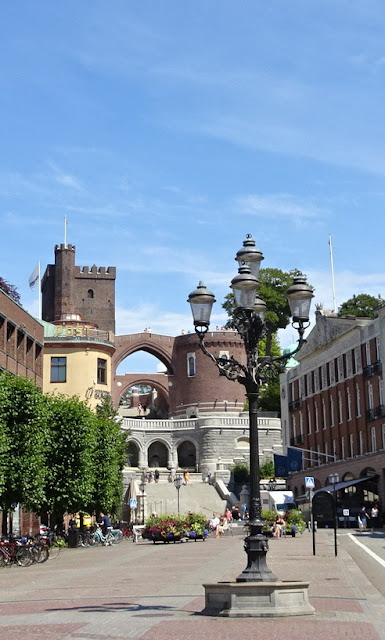 From Helsingborg, we cut across one peninsula to the next one, where this time we took the long way around its coast. 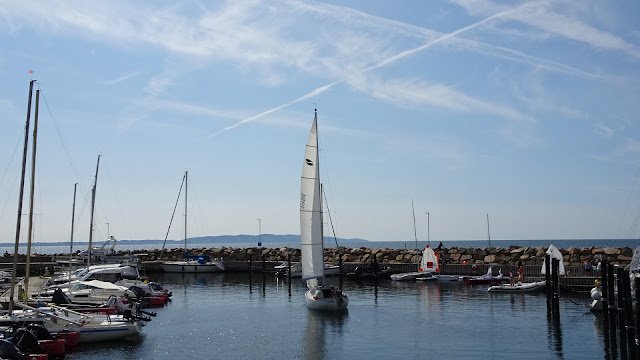 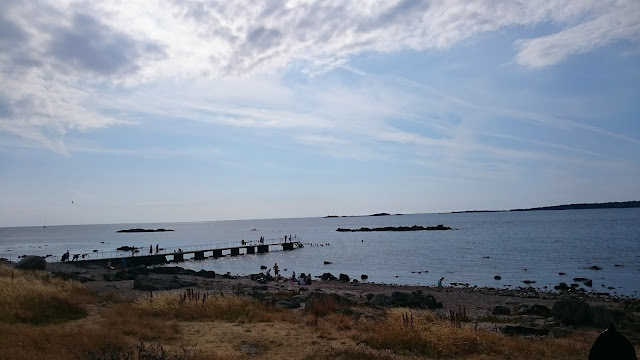 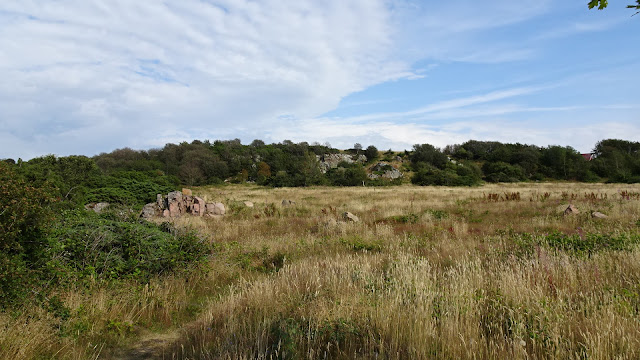 And in the evening, we ended up back in Båstad for another lovely evening there (before driving the last few km/miles to the same countryside motel as on our way down, the first night). 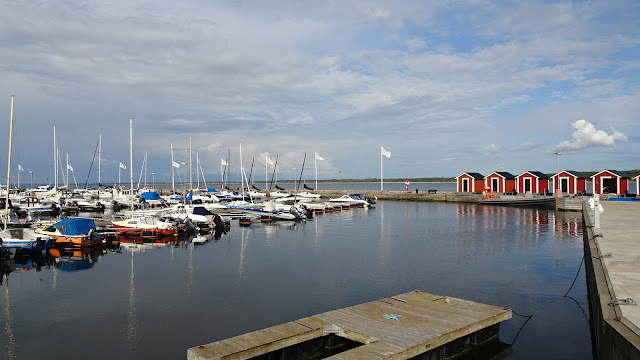 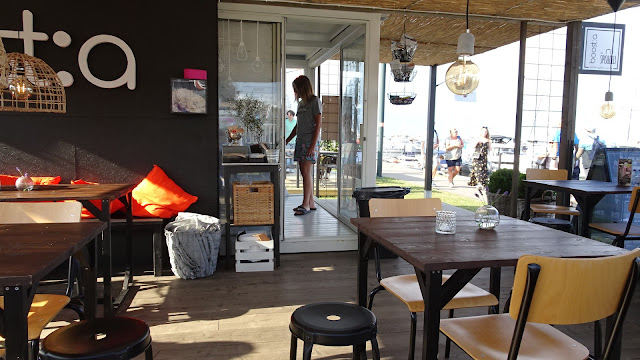 The quayside here is one long row of various small eateries, and we chose a different one this time. 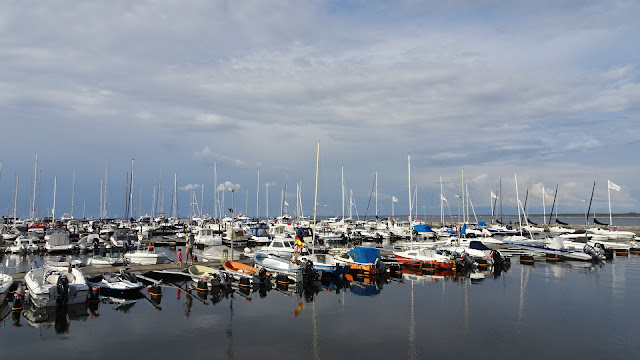 I have lost count of all the churches we stopped at, but am hoping to "revisit" some of them (with more photos and details) in future blog posts. 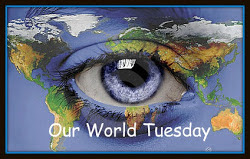 Posted by DawnTreader at 17:09