"And it was Monday [my previous post] - and then, all of a sudden, it was Friday again..."

These photos are from a walk last Sunday, though. 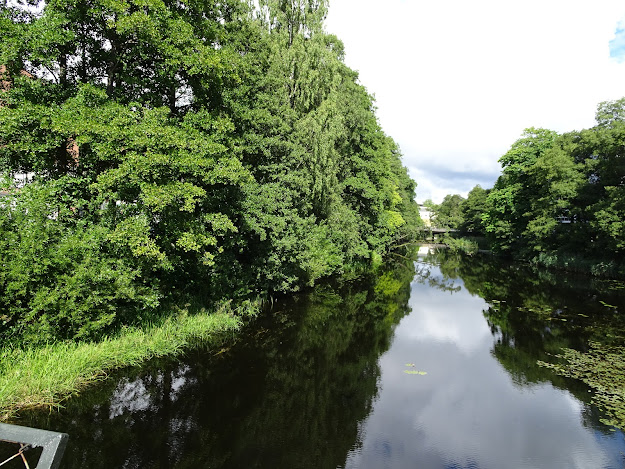 Crossing a bridge over the river, and trying to catch a view (as) "from the past".... 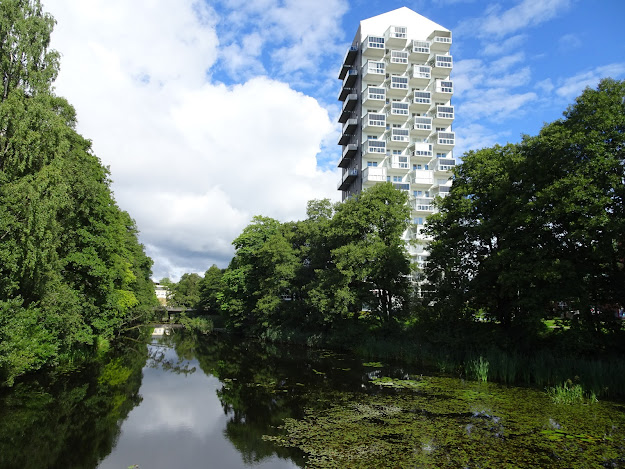 ... i.e. before this tower block came into the picture (it's been there for several years by now, and as it's the highest building in the city so far, it's kind of hard to ignore) 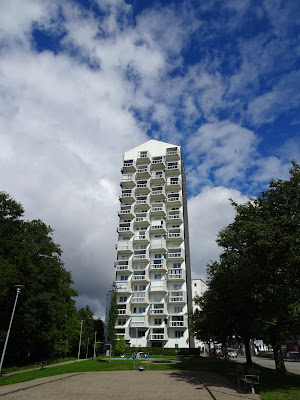 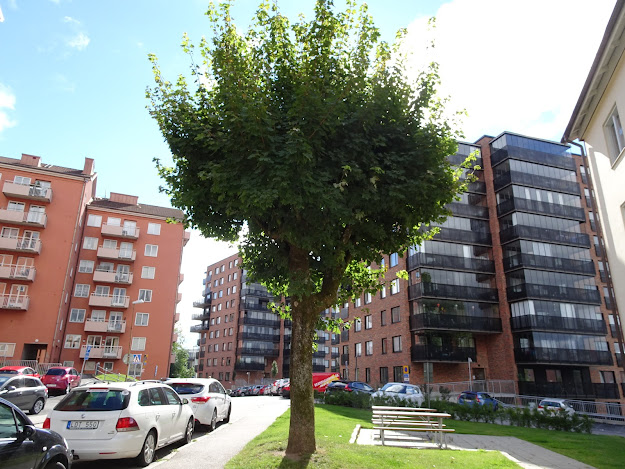 Walking up a hill where the views have got rather cramped in later years, with a lot of new highrise blocks added. (Older buildings to the left, new ones to the right.) 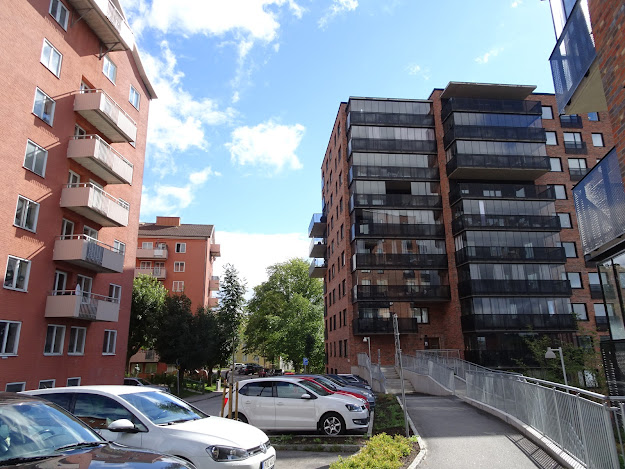 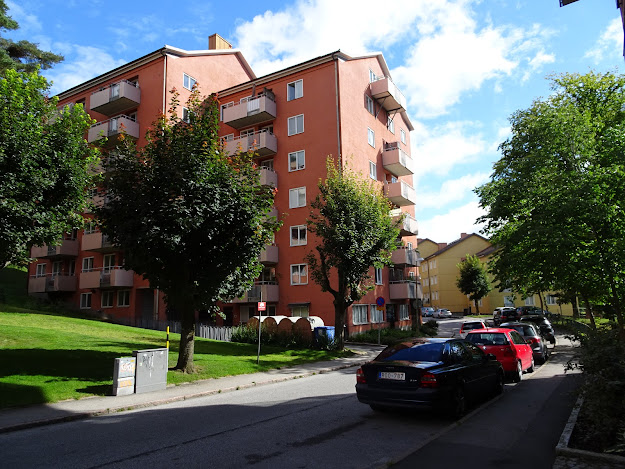 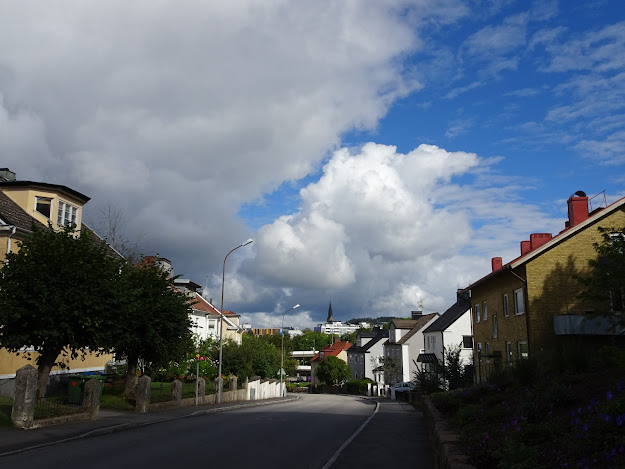 We've reached the top of the hill and are walking down on the other side, towards the city. Older (and lower) buildings on this side... And you can see one of the church towers in the background. 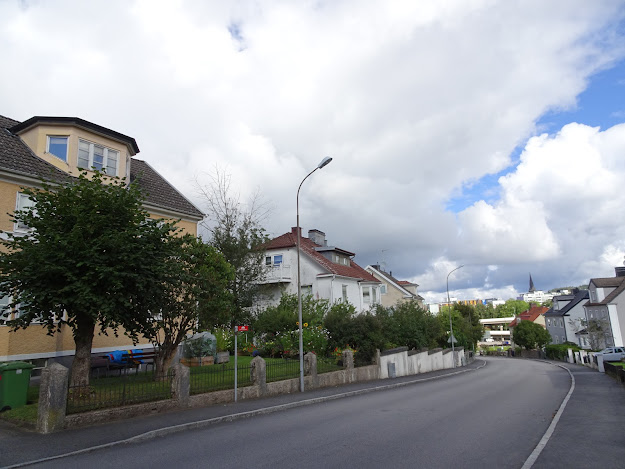 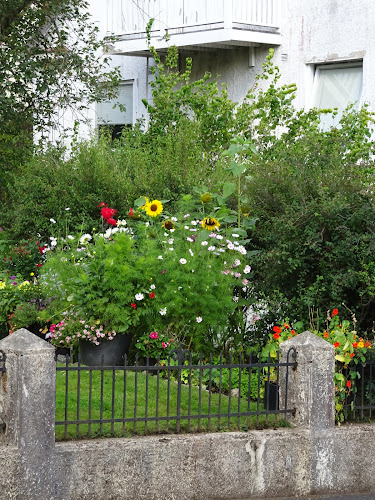 Some pretty gardens here, too 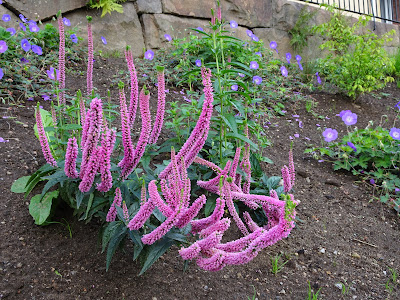 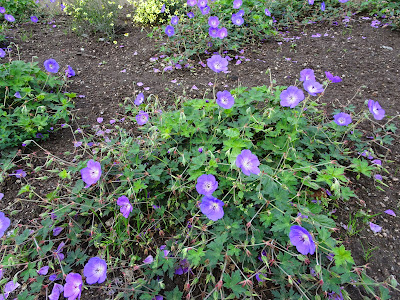 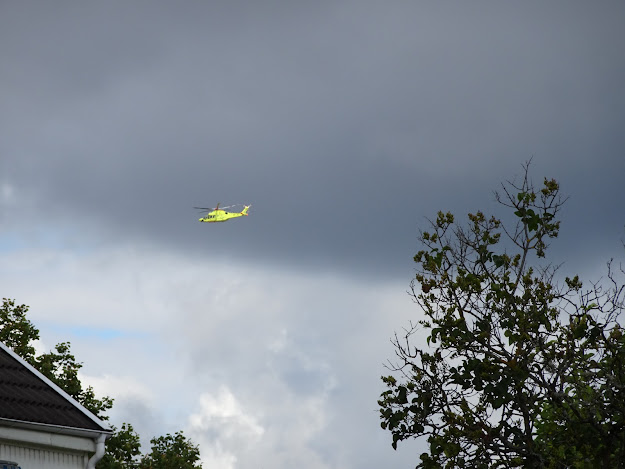 Rescue helicopter up in the air (there is a helideck at the hospital). 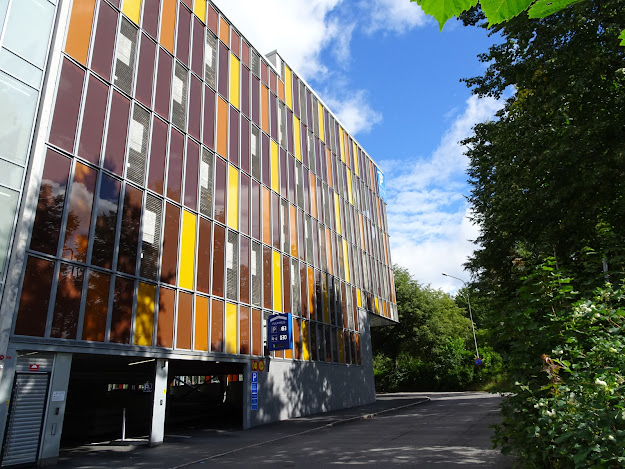 Down below now, closer to the city centre, passing a fairly new multi-storey car park. 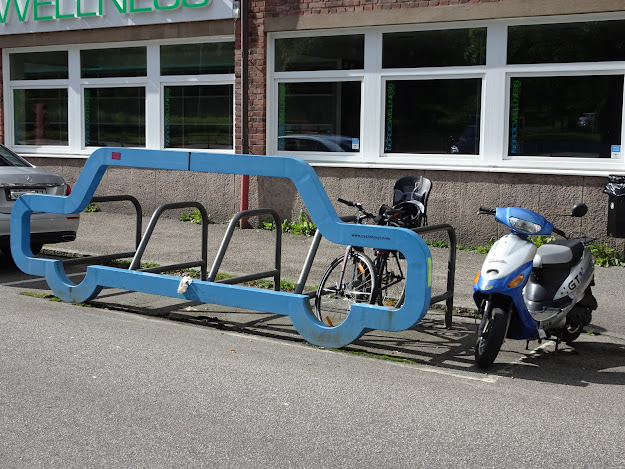 Parking for other kinds of vehicles! 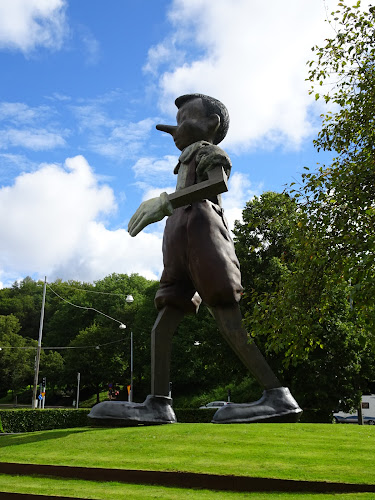 Going to visit an "old friend" - the giant Pinocchio statue, created by American artist Jim Dine. It's official name is "Walking to Borås" and it's been here since 2008. I think this project was really the start of all the biannual sculpture and street art festivals we've had since then. It's nine meters high if memory serves me right. 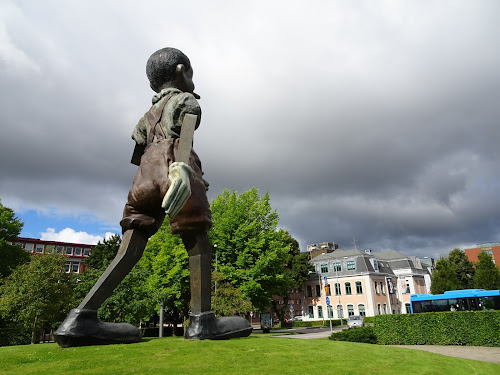 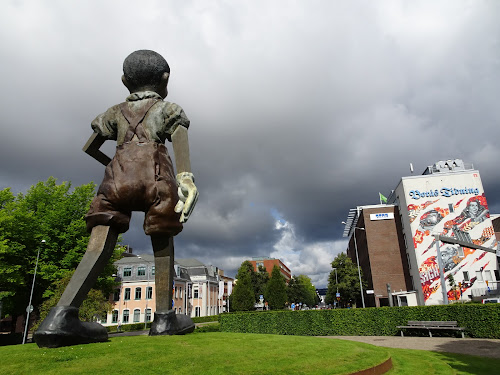 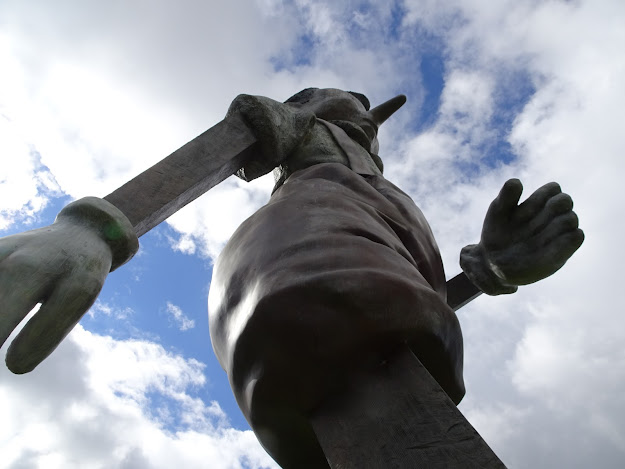 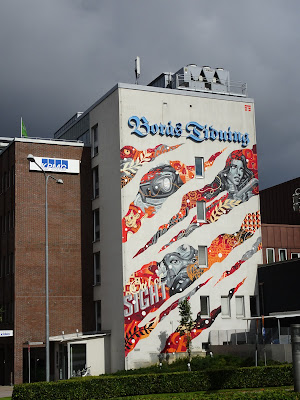 Mural on the building where our local newspaper is being produced. 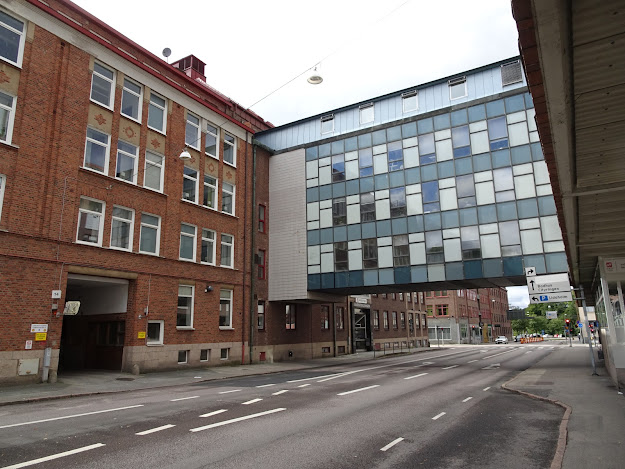 Borås is an old textile industry town. Nowadays the focus is not so much on production but more on design, fashion, education and developing new technology etc. But we still have quite a few old industrial buildings left (most of them now used for other purposes). 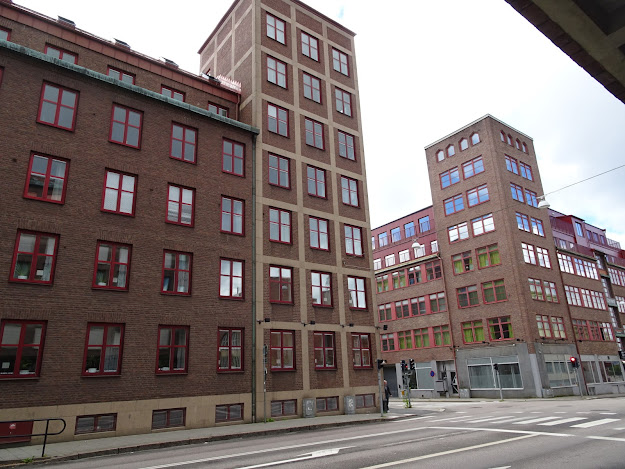 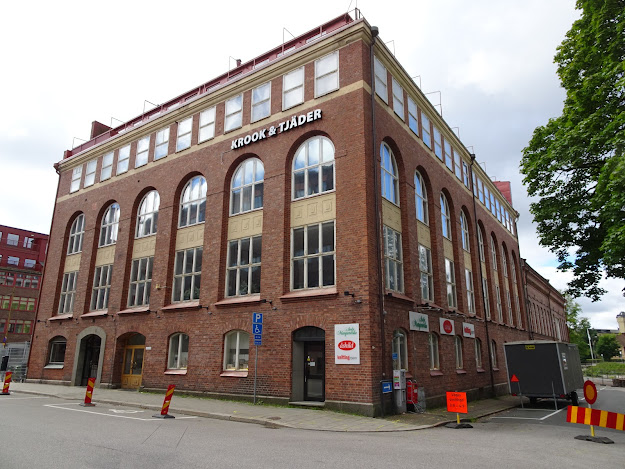 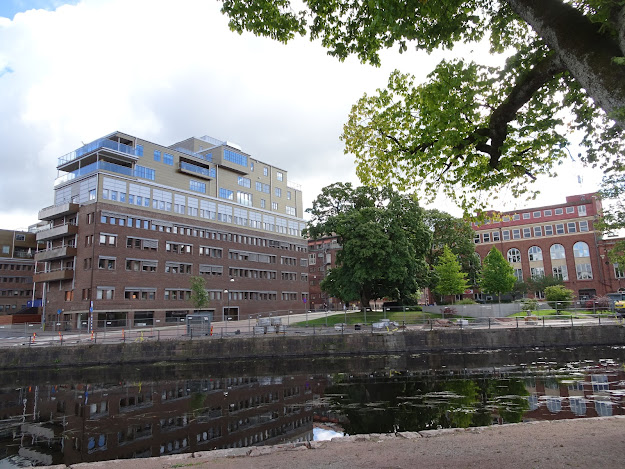 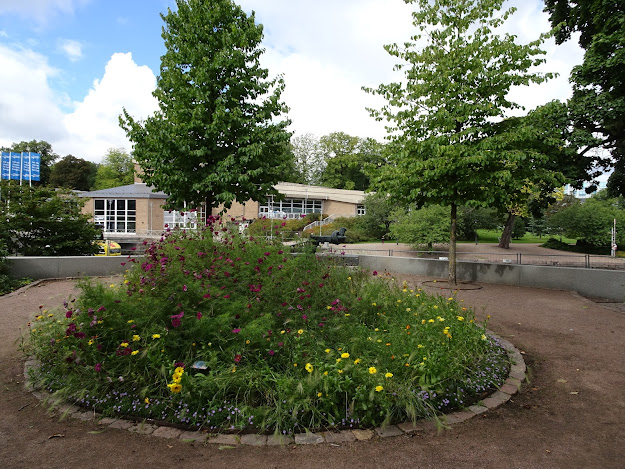 Finishing off with some park views.
(The building in the background is an indoors swimming bath.) 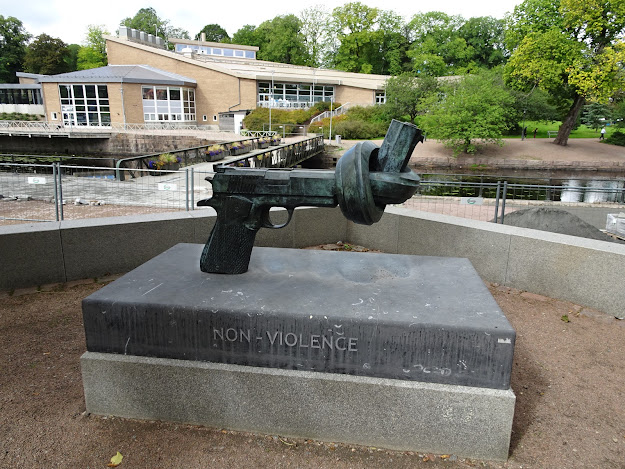 Non-Violence, bronze sculpture by Swedish artist Carl Fredrik Reuterswärd. It's a replica of (or similar to) one by the same artist placed at the United Nations head quarters in New York. 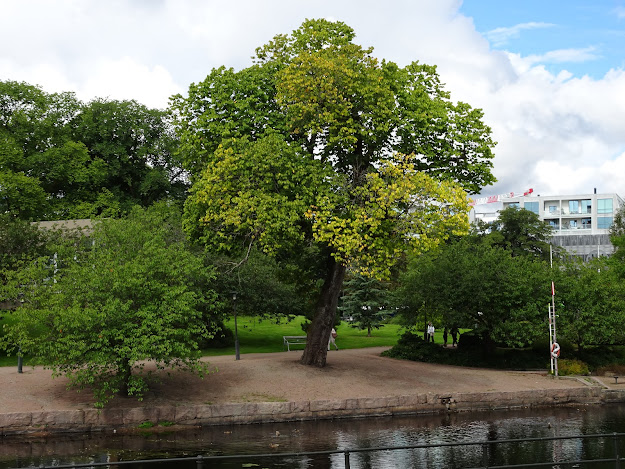 It's becoming evident that summer is over and autumn is slowly on its way...

Posted by DawnTreader at 21:40