While most public events have been cancelled this year (you-all-know-why), our fourth (I think?) mural/street art festival in Borås, No Limit 2020 - Artscape Edition, was successfully held as planned this past weekend. And even the weather was in its best mood for it. So I went to have a little sneak peek already on the first day, which was Thursday. This time, the event did not take place in the city centre, but in a residential district within walking distance from there. (And from where I live, as well.)

The photos in this post are all from that first peek. I had no map with me then, and only visited some of the walls that were being painted. On Saturday I went back to see more. I'll save those photos for another post. And of course I also intend to go back to look at the finished murals, later on. 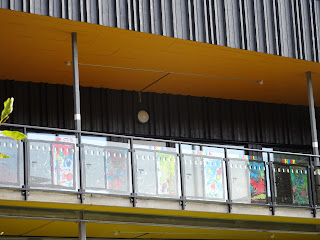 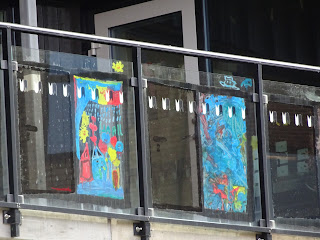 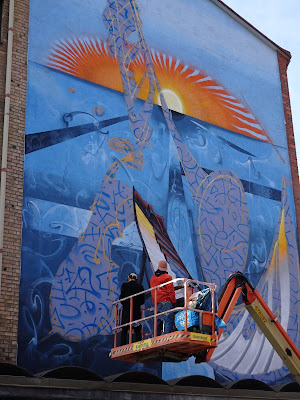 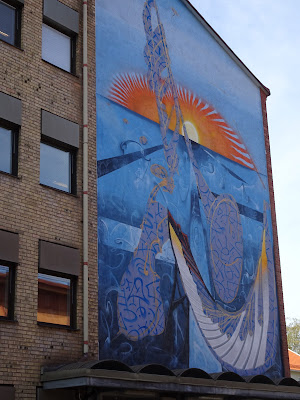 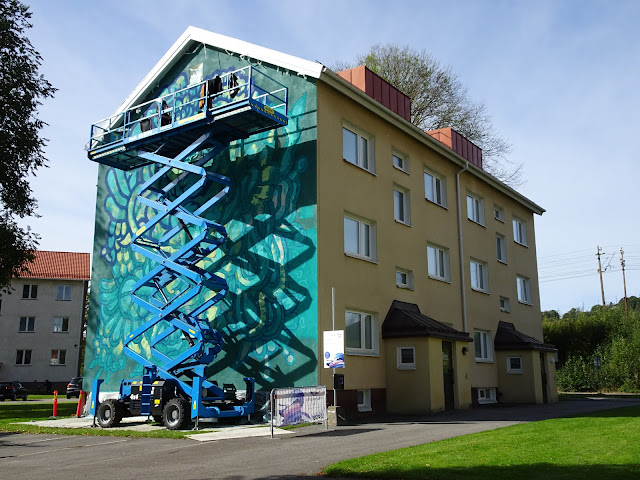 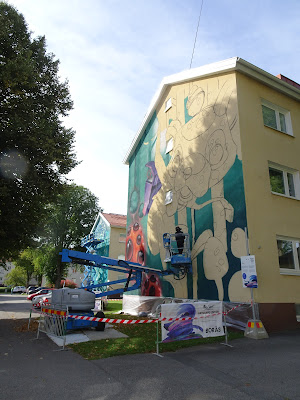 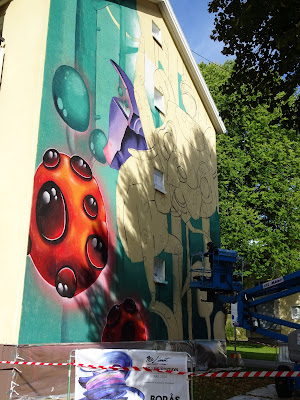 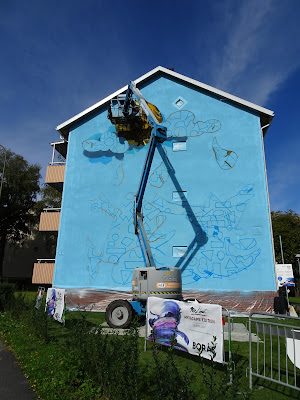 I think I have blogged about this sculpture some time in the past (years ago), mentioning that the creature reminds me of Gollum from Lord of the Rings. However, the sculpture predates the films! (The thing he is spitting into is supposed to be an ear, I think.) 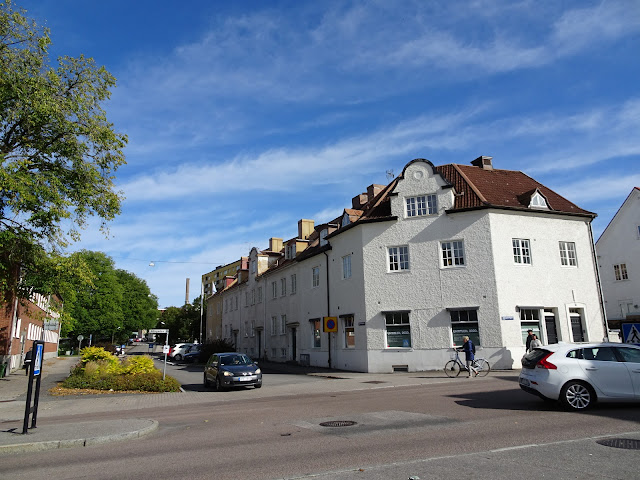 Finishing off with some photos of older houses along the main street here, which always kind of remind me of England rather than being typically Swedish - because of being attached, and yet painted in different colours, and with different kinds of doors. As a whole, this part of town mixes rather varied types of architecture from different eras. 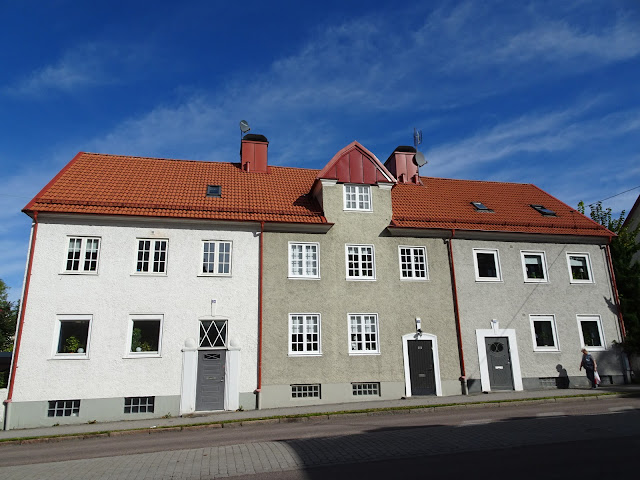 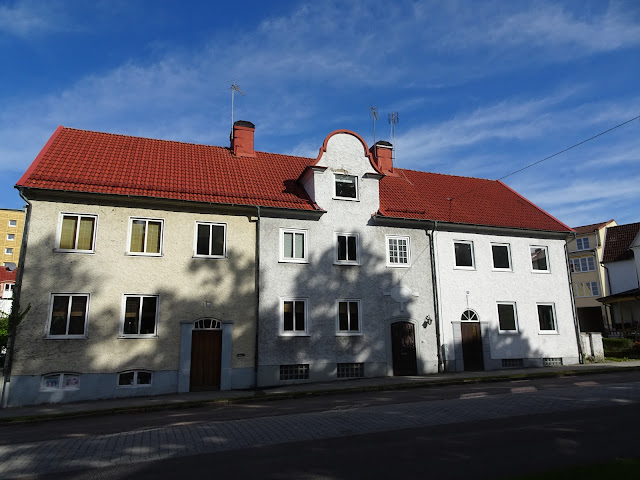 I'll include a bit more info on the participating artists in later posts - when you can also see more of the result of their efforts :)  In this post, I just wanted to take you along to see what I saw... (and as I had no map/brochure then, I had no idea what I was looking at either!)

Posted by DawnTreader at 14:00