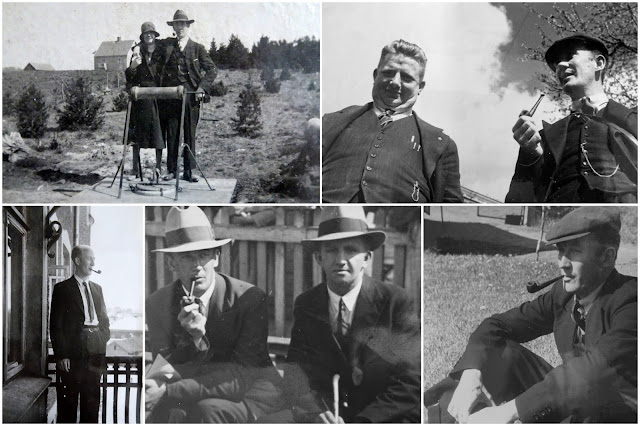 “A pipe in the mouth makes it clear that there has been no mistake–you are undoubtedly a man.”
-A. A. Milne

In a photo album I think my grandfather received for his 50th birthday (1954), there are several photos of him smoking a pipe. I vaguely remember that from my childhood as well, but I think perhaps he mostly smoked outdoors.

The top left photo in the collage is one of my favourites from the old albums. It shows my grandparents at the well on the property they (or my grandfather) bought in the spring of 1930. The house was built over the summer and they got married in the autumn the same year. The well would have been built before the house; and indeed there is also a bill dated 26 April 1930 which does not only serve to date this photo to around that time, but also informs that the well was built by their future brother-in-law (he married my grandmother's sister later the same year). The other two men in the photos above are named in the album, but unknown to me. My grandfather was a journalist, so met quite a lot people. 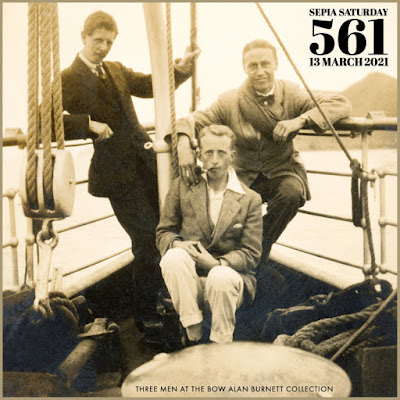 Posted by DawnTreader at 12:45