A crowd at a football(?) match, and a Scottish bagpipe band - what are my chances of matching those Sepia Saturday prompts? Considering my disinterest in all kinds of sports, I decided my best chance of perhaps finding a bagpipe would probably be my photo album from 1971. (Counting on my fingers... 71, 81, 91, 01, 11, 21... 50 years ago?!)

1971 was the year of our first family road trip through England, Wales and Scotland by car. (We had previously been to London for a week in 1969, but then by plane.) Scotland included Edinburgh. Edinburgh included the Castle, and the famous Tattoo - or at least I seem to recall some minor version of it. (?)

In my album, I find no photo evidence of actually having watched the bagpipers, though. Only of having visited the castle, with a crowd of other tourists - and having bought a postcard. 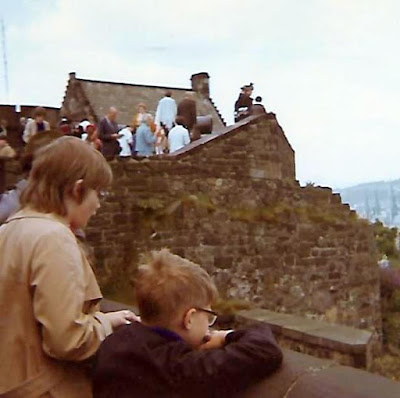 Me (15 going on 16) and my brother (9) looking down on the views from Edinburgh Castle. 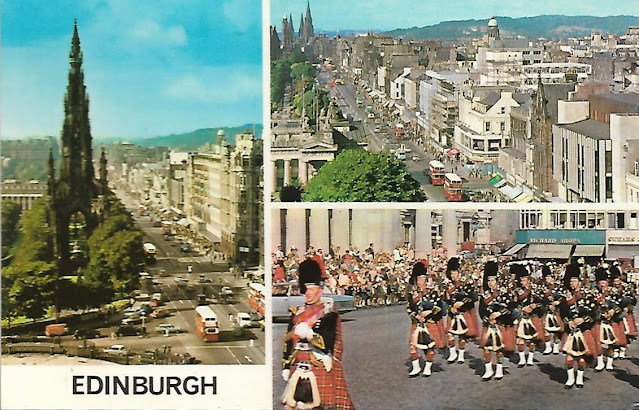 A few pages further on, I find us playing golf at St. Andrews. No crowd to cheer us on, but it is a game, and it includes hitting a ball... 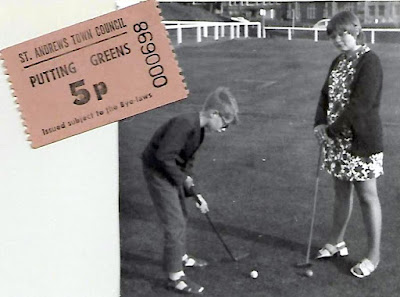 And, surprise: At the very back of the same photo album, there are also some photos included from a school event the next spring (1972). It seems that at least once in my life did I actually watch a football match, and I even took photos of it. I'm not sure whether it was a teachers vs students game, or mixed teams from two different schools. My form in upper secondary school (classical/arts kind of program) was all girls, but a couple of the older guys in these photos were my teachers. The one in glasses was my form-master, and I think the one second from the left in the bottom row in the last photo was my art teacher. 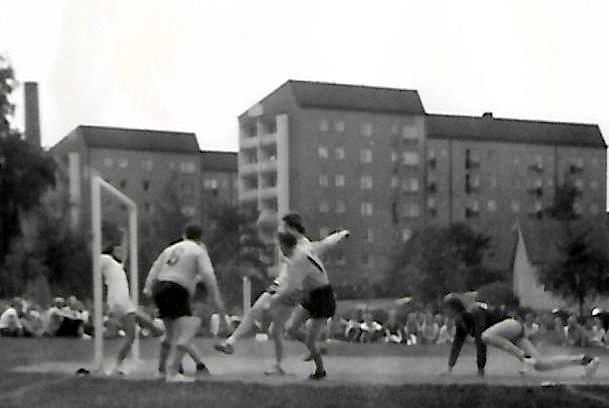 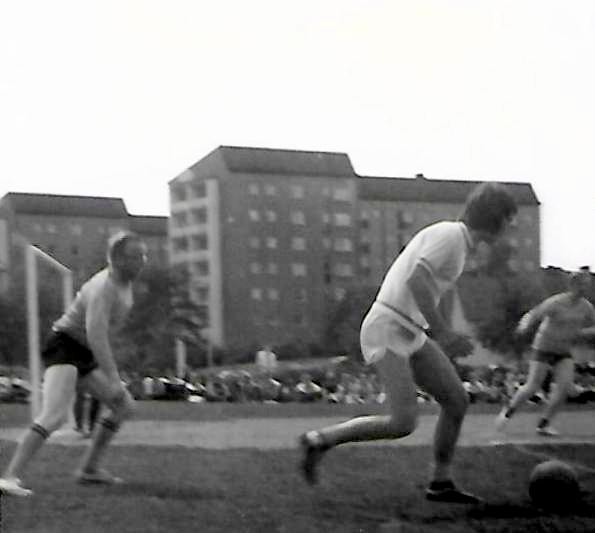 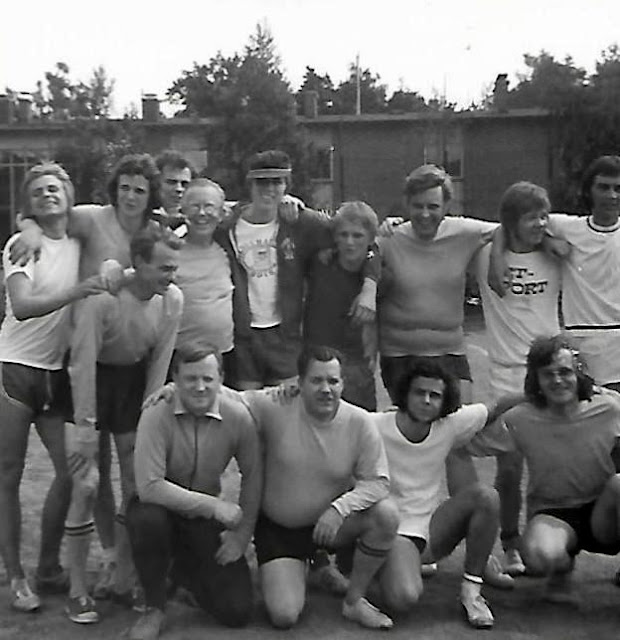 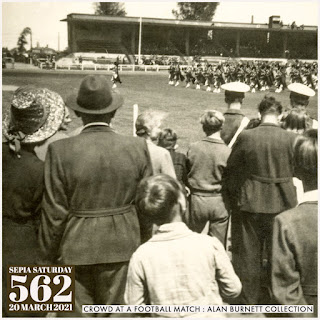 Posted by DawnTreader at 17:08