The Sepia prompt for this Saturday is a man in a raincoat standing outside a tent. I can't recall any camping photos from my ancestors' photo albums, and myself I never liked camping. On holiday trips in my childhood with my parents we used to stay at b&b hostels or cabins - no luxury, but at least a proper roof over our heads in the night.

So - how do I even know that I don't like camping?

For a year or two when I was 10-11 years old, I was a junior girl scout (brownie). As long as we kept indoors in a basement room tying knots on a rope and playing games, I don't think I objected too much. But the summer before I turned eleven, I was sent to a Big Summer Camp for a week. I hated it. Everything from carrying my dad's backpack (much too big and heavy for me), to the uniform (blouse, belt, skirt - all a bit too tight for comfort), to sleeping in a tent, to cooking outdoors, to the primitive outhouse toilets, to being around lots of people all the time. And at least one night it rained enough for everything in our tent to get soaked.

My memories of details are as blurry now as the photographs I took with an old camera of my dad's. 55 years later I don't think I have to worry much about anyone recognizing themselves (or anyone else) in these photos, should they ever happen to accidentally come across this posts. 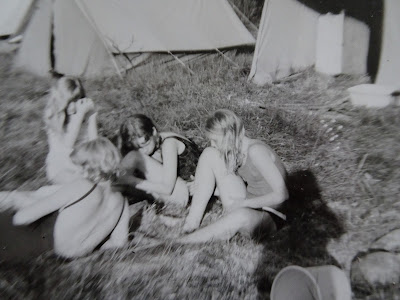 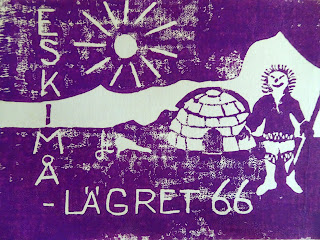 For some obscure reason they had named it the Eskimo camp.
Well, I do still kind of shiver just thinking about it...! 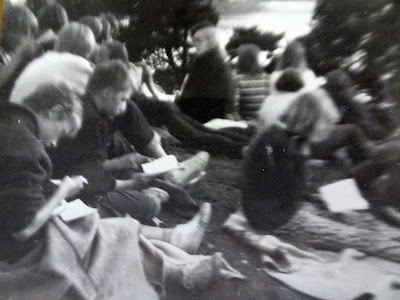 Campfire at night. If this was a recent photo my impression would be everyone was staring at their mobile phones and tablets. But as there weren't any such things back in 1966, it must have been something else! (Perhaps the Scout Song Book?)

I never went on another scout camp or overnight hike; and can only remember two more occasions, up in my early twenties, when I tried spending the night in a tent at all. Both times, it was just for one night. The second time, it was meant to be two nights, but I got bad reactions to my grass allergy. There was a gang of us and somehow we managed to rearrange things and I went back home early with some other people than those I came with. I've never made another attempt at camping since! 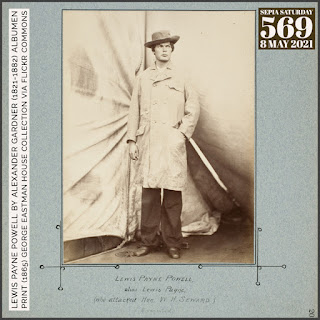