It's Midsummer Eve, and just like last summer there are still a lot of corona restrictions in place here, so no big gatherings allowed - which is otherwise very much part of our Midsummer Eve traditions in Sweden. (See for example my Midsummer Eve post from 2019, which in turn contains a link to 2014.)

The weather has been fine though - mostly sunny but without being too hot.

I went for a walk into town in the late morning - quite forgetting that I did same thing last year and found everything closed. (I had expected some shops to be open part of the day.) Well, never mind. The camera and I got a bit of exercise anyway. 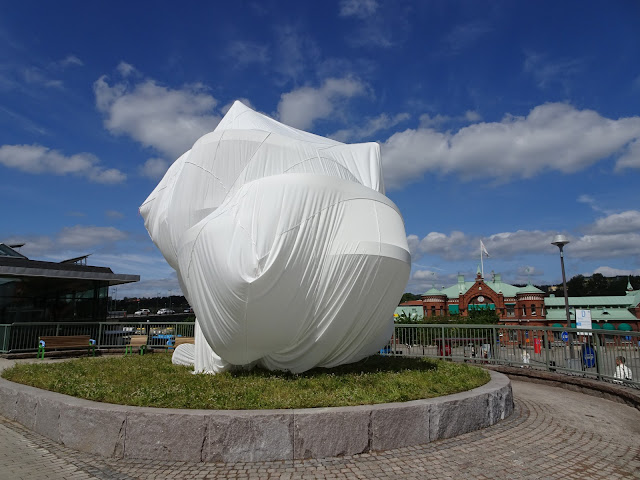 At the Travel Center there is a new sculpture waiting to be officially uncovered on the 29th (Tuesday) when they city celebrates its 400th birthday. Again, they can't make a really big public event of it because of the corona restrictions. I'm not sure how they will go about it to avoid people gathering, though, as at some point someone will still have to pull some actual piece of string to unveil the sculpture...

Anyway I don't expect to be there myself when that happens, as my 2nd covid jab has been moved forward to the 28th (Monday). It will be good to get that over with, but based on my experiences of the first one, I'm not counting on Tuesday as a day to go walkabout, as I might then be feeling more like this... 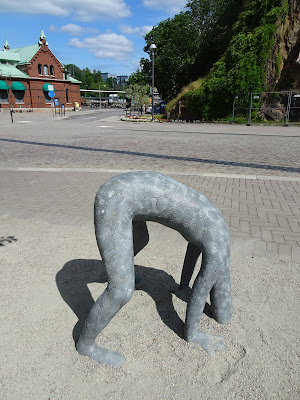 (...Only probably not quite as flexible, as I recall that one of the worst initial side effects for me with the 1st jab was rather bad muscle pain the first couple of days...) Anyway, this is a sculpture that has previously been in one or two other places in the city, but that I now found to have been moved  to the place in front of the railway station. 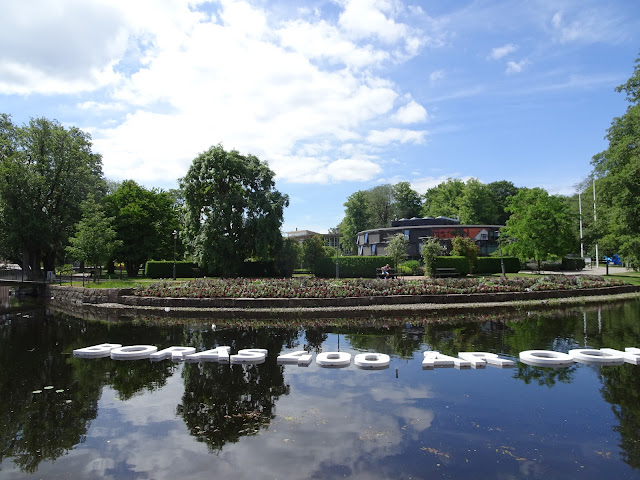 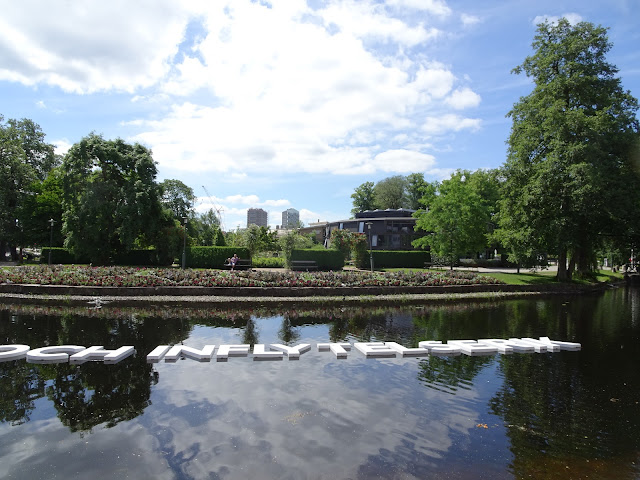 In the river by the park, there is a "text installation" (in Swedish) saying "Borås 400 years and influential". There is a pun involved which might come through even in English but even more so in Swedish ('flyt' can refer to influential, flow and float) 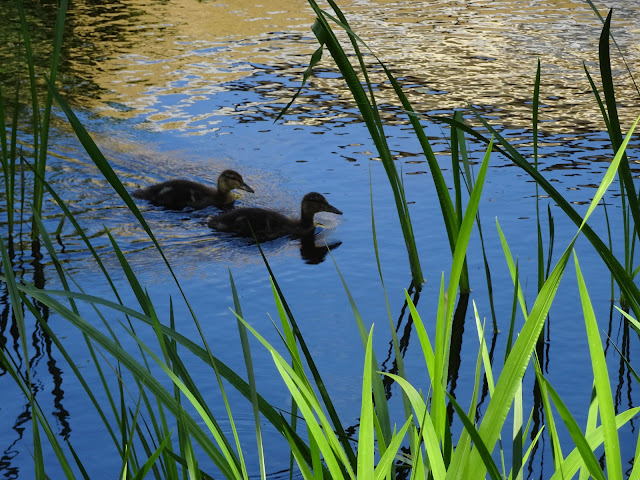 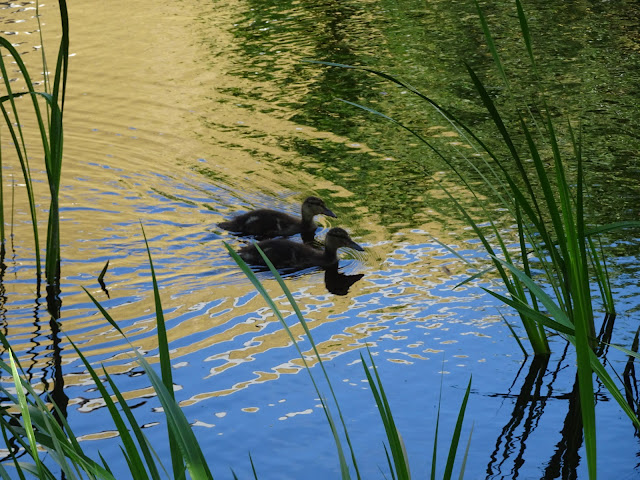 Walking back home along the river I came across these two ducklings swimming. (Mum and dad and siblings weren't far away, but my camera focused on these two.)

Posted by DawnTreader at 21:19