Smoke, Sticks and the Sound of Stones...

Remember the Curtain of the Sky from one of my previous Art Biennial posts? 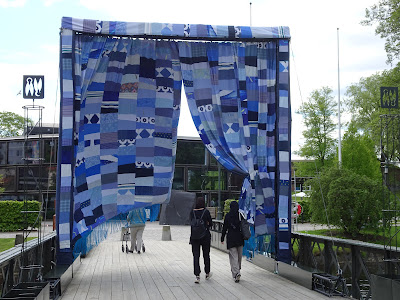 Sadly, that only got to stay up for about one week - then someone set fire to it... 😢

All that remains is the blackened framework left empty in the middle of the bridge... 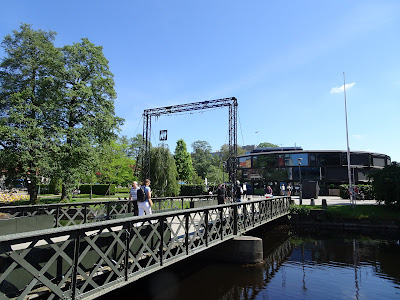 A new sculpture for the biennial also got broken and thrown into the river (I learned from the newspaper) - it was one I did not happen to find on my previous walks through the park, so have no photo of it. Possibly that one can perhaps be restored (?) But the curtain was unique as it was made from fabrics donated locally. 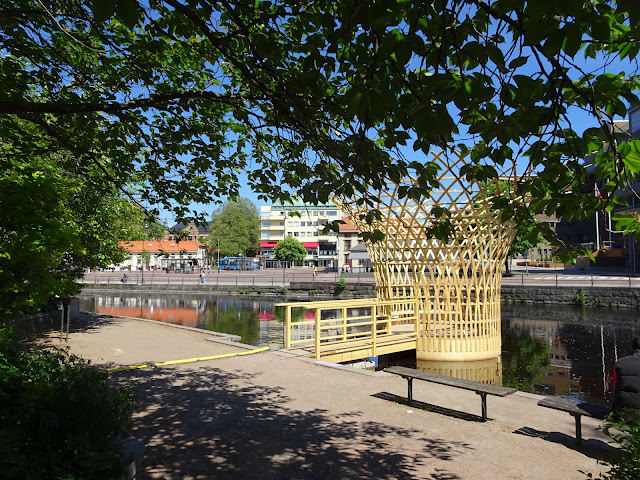 The wooden "megaphone" in the river is still standing (or floating) , though, and this time I went out to it and too a photo from the inside as well: 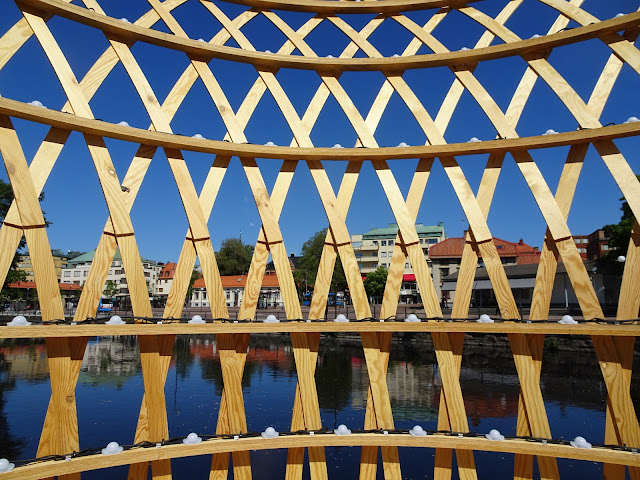 It's got little lamps inside it, so one should probably also go and look at it at night. (As it doesn't get dark here until really late in summer, it's unlikely that I will, though.) 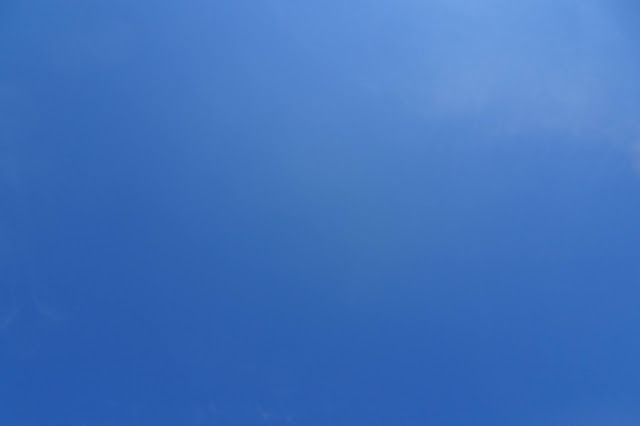 Looking up from inside it, there was nothing but BLUE to be seen this afternoon! 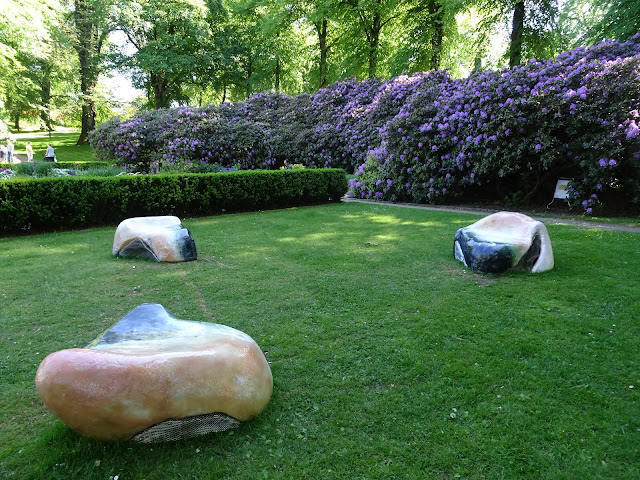 In another corner (or whatever) of the park, there are three smooth (but fake) boulders placed in a triangle - and making weird noises! While I still remember where to find the video editor on my computer, I decided to make another movie including the Sound:

Posted by DawnTreader at 19:57